You are here:  Towns -> Places to Visit in Cambridgeshire -> Hilton

Things to do in Hilton, Cambridgeshire 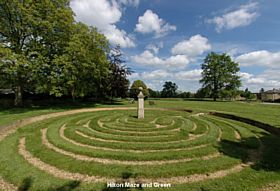 On the main road (B1040) south from St. Ives, Hilton is an extensive village of some 390 dwellings with one of England's largest village greens (27 acres). This features the grass maze cut in 1660 by William Sparrow, who is remembered by the well-tended monument at the centre of his handiwork.

The Green is surrounded by attractive houses both ancient and modern, and by splendid trees some of which were no doubt planted when Capability Brown was Lord of the Manor. Social life revolves around the Village Hall, the Parish Church, the Methodist Chapel, Jubilee Playground, the Prince of Wales public house and The Green with its football and cricket pitches.

The Parish's southernmost point is on Ermine Street, near where the unusually named pub, Kisby's Hut. This perpetuates the memory of when Samuel Kisby kept a 'beer house' on the site in the 18th Century.

The name Hilton was first recorded in 1014 and is believed to mean "the village on the hill". However, only when approached from the south is such a location obvious. That said, it might have seemed more so at the time when a windmill stood on Mill Hill. 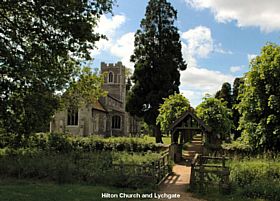 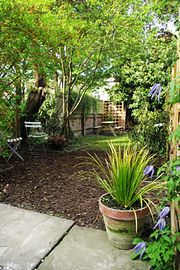 more self catering near Hilton...

Days Out in Hilton

Places to Visit near Hilton