You are here:  Towns -> Places to Visit in South Wales -> Bridgend

Bridgend is the principal town of the County Borough, and sitting equidistant between Wales' capital city of Cardiff and its second city of Swansea, Bridgend is a bustling shoppers paradise. A county town, rich in Heritage and History where zealous pilgrims, waded the fast flowing river en route to the shrine of St. David in Pembrokeshire.

Dominated by its hilltop Castle, the original medieval settlement on the banks grew up around the pilgrims crossing point on the confluence of the three rivers - the Ogmore, Llynfi and Garw. The river Ogmore flows down the valley of the same name, on through Bridgend and down to the dramatic Heritage Coast at Merthyr Mawr. Being its largest town, it is the seat of Bridgend County Borough, and the commercial hub of the area. 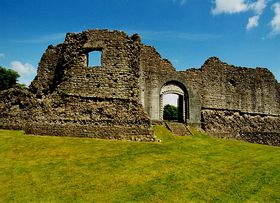 Days Out in Bridgend

Places to Visit near Bridgend