You are here:  Towns -> Places to Visit in Aberdeenshire -> Braemar

Things to do in Braemar, Aberdeenshire

The award-winning village of Braemar is nine miles west of Balmoral at the base of the Cairngorm Mountains in Aberdeenshire. 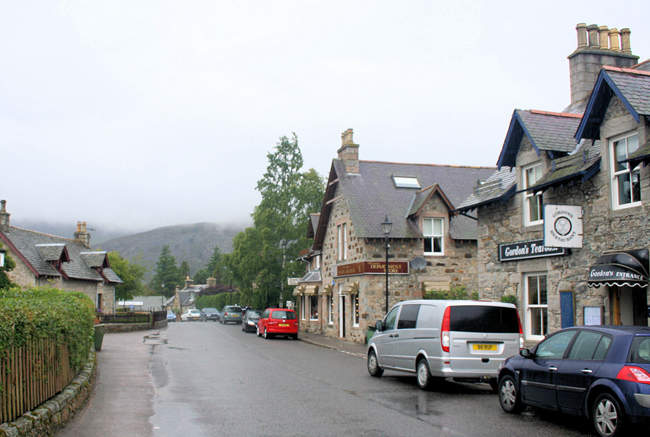 Braemar is well-known for its castle and for the Highland Games known as the Braemar Gathering.

It is also officially the coldest place in the UK, situated at an altitude of 1,100 feet. 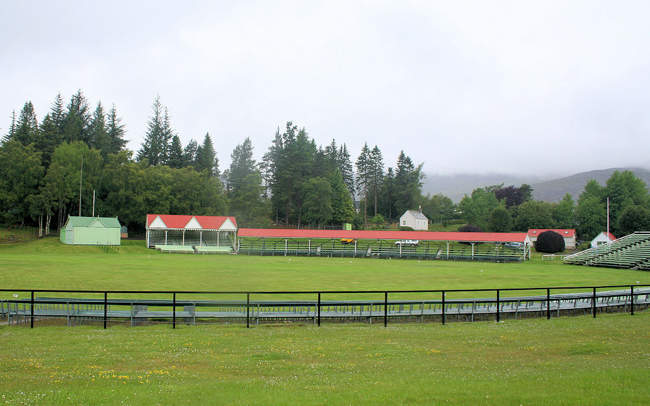 Braemar's location where three passes meet made it an important stronghold in history.

The first castle was built by Malcolm II early in the 11th century.

It was rebuilt in stone in 1390 and called Kindrochit Castle.

It served as a stronghold and royal hunting lodge but it fell into ruin. 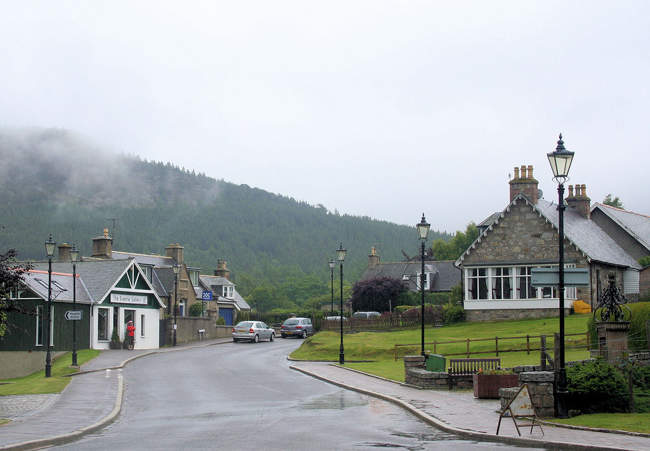 The few remains can be seen today beside the existing Braemar Castle which was built in 1628 by the Earl of Mar. Damaged by fire during the Bonnie Dundee campaign, Braemar Castle was later leased to the government to use as barracks.

With many alterations over the centuries, the star-shaped castle is an excellent example of a Hanoverian Fort with fine turrets and battlements.

The first Gatherings or Highland Games took place in the days of King Malcolm Canmore who ruled between 1058 and 1093.

They were not social gatherings then, however. 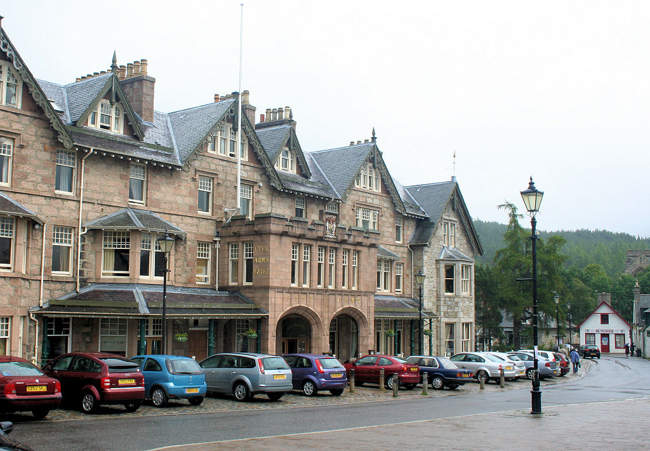 The Gatherings were intended to find the most powerful and strapping members of each clan who were then drafted into his army.

In 1715 the Earl of Mar chose just such men to join the Jacobite Uprising.

Later that year the standard was raised for the "Old Pretender", James Stuart, on the site of the Invercauld Hotel.

In 1848 Queen Victoria attended the games and it became a popular royal tradition.

She loved the area and Prince Albert bought her Balmoral Castle in 1852.

Robert Louis Stevenson visited the area with his stepson in 1881.

He was equally inspired by the beautiful scenery around Braemar where he conceived the idea of the classic Treasure Island. 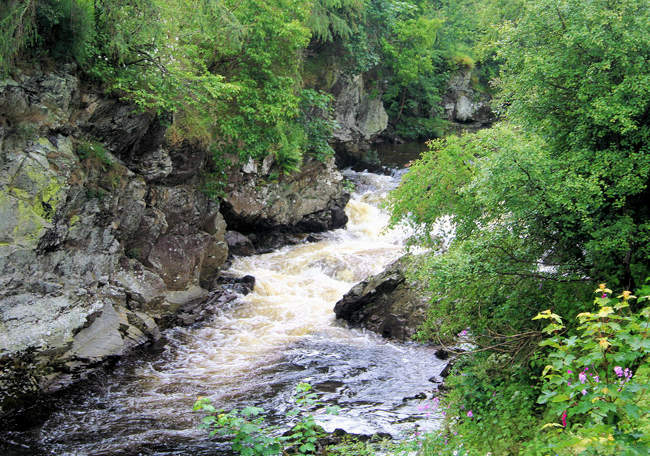 This gem of a village sits beside the River Dee and is one of the prettiest in Scotland.

Despite its small size it has four churches, two castles and several hotels!

The village has a clutch of shops selling everything from knitwear to artworks.

There is also a post office and general store, a butcher's, bike hire shop and a tourist information bureau. 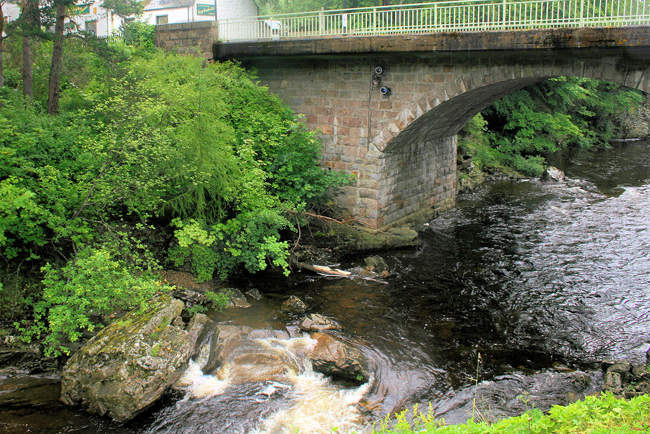 Things to Do Around Braemar

Although many communities in Scotland host Highland Games, only Braemar gets a royal contingent of guests.

Join the spectators on the first Saturday in September.

The museum collection also has a portion of Bonnie Prince Charlie's tartan on display.

Golfers should not pass up the opportunity to play on the most elevated 18-hole golf course in Scotland in the beautiful setting of Glen Clunie. 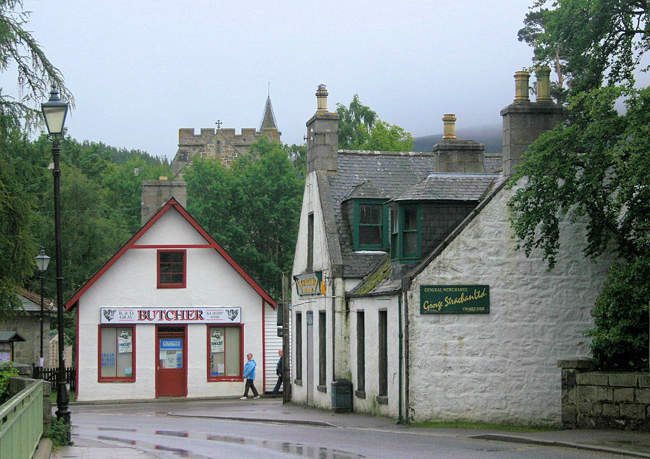 The Braemar Highland Heritage Centre is worth a visit to learn about the history of the town and its traditional highland gatherings.

Braemar is an ideal centre for hillwalking, mountain biking, nature spotting and photography.

Those not keen on walking will enjoy the excellent 4x4 tours of the area on a Braemar Highland Safari.

Days Out in Braemar

Places to Visit near Braemar