You are here:  Towns -> Places to Visit in Cumbria -> Grange-over-Sands

Things to do in Grange-over-Sands, Cumbria 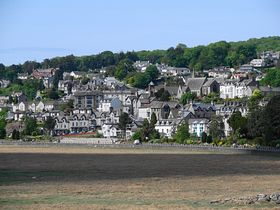 Grange-over-Sands is an old-fashioned resort town overlooking the endless sands of Morecambe Bay.

It was developed in Edwardian times, when the railway came to what was then an isolated fishing village, and much of the elegant architecture of the period remains.

The railway is still there too, providing a scenic route around the Cumbrian coastline and across the sands to Lancashire. 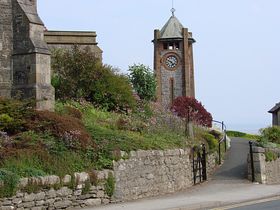 In its heyday Grange was accessible by water.

The stream of the river Kent then ran close to the shore, and excursion steamers brought day trippers from other coastal resorts.

Then the stream shifted to the other side of the bay, and Grange's promenade now looks out on a broad saltmarsh. 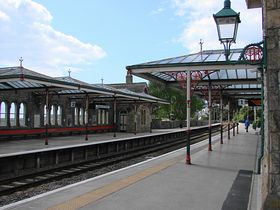 Quieter than before, the town still provides gentle pleasures for holidaymakers with its public gardens and tennis courts.

The long promenade makes a delightful stroll, and there are many small shops and some excellent teashops.

Facing South and sheltered by the Lake District mountains behind it, Grange-over-Sands enjoys a remarkably mild climate. 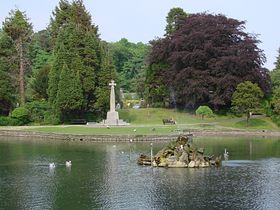 The hills round the town are of limestone, unusual on this coast, and offer many fine walks with open views over the bay to the Irish Sea.

The nearest hill is Hampsfell, which has a curious miniature building called The Hospice on top of it.

It has a flat roof with a view indicator, reached by a tiny outside flight of steps. Humphrey Head is also worth a visit. 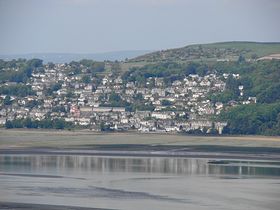 In the past, wheeled traffic used to cross Morecambe Sands from the Lancashire coast, until the route was made redundant by modern roads.

It is still possible to walk across at low tide, but the sands are treacherous; expeditions with guides are occasionally organised.

Days Out in Grange-over-Sands

Places to Visit near Grange-over-Sands