You are here:  Towns -> Places to Visit in Aberdeenshire -> Aberdeen

Things to do in Aberdeen, Aberdeenshire

Aberdeen is quintessentially northern, a maritime city with a story going back to its foundations as a royal burgh in 1124.

In olden times, the city had strong trading links with Scandinavia and the Low Countries across the North Sea. Then its maritime story moves on to the building of fast clipper-ships, to take tea home from India.

These days, the North Sea traders and merchants take the form of oil executives, or even eager shoppers from the Scandinavian rim.

Aberdeen offers a diverse experience, and an important piece in the jigsaw of Scotland's culture.

Aberdeen simply has one of the most distinctive townscapes in Scotland, thanks to the use of silver granite. This durable stone, quarried locally, was used, from the 18th century onward to shape downtown Aberdeen, in glittering spires, parapets, blocks and bold columns.

In sunshine, the granite's embedded mica chips act like millions of tiny mirrors, adding a distinctive sparkle to the handsome buildings.

"Town and Gown" in the northlands, has been around since 1494 when King's College was founded. Its elegant crown spire has been a local landmark since around 1500.

A century later, Marischal College was founded, the two colleges combining to form Aberdeen University in 1860.

Aberdeen's Pubs and restaurants take many themes and embrace a range of cuisine, from traditional Scottish to eastern and exotic.

You can sample the city's cultural life in a range of venues from His Majesty's Theatre, one of the finest Edwardian theatres in Scotland, to venues like The Lemon Tree, where the newest sounds can be heard.

You can catch high-grade folk music at some of the local pubs, while the

Royal Scottish National orchestra is a regular performer in the city's Music Hall.

Another important venue for major bands and recording artistes is the Aberdeen Exhibition and Conference Centre.

Though Aberdeen wears a cosmopolitan air as a service base for the offshore oil and gas developments, it has another important role as a centre for rural Aberdeenshire, and offers a wide choice of shopping facilities.

There are at least six indoor shopping malls or centres, including the St. Nicholas and Bon-Accord Centres, but also more traditional shopping streets, around the west end of Union Street.

Aberdeen is famed for rose growing, the soil is particularly conducive to producing beautiful healthy plants and for generations the rose nurserymen of Aberdeen have been renowned.

The parks and gardens of the city give pleasure all year round, the Winter Gardens

in Duthie Park houses one of the largest covered displays in Europe. The University's Cruickshank Botanic Garden has 11 acres with herbaceous border, rock garden, terrace and arboretum

Aberdeen can offer fun for all the family, at Aberdeen Fun Beach, the length of the promenade is backed by a whole range of attractions. Bars, cafe-restaurants, a golf complex, the Beach Leisure Centre, Linx Ice Arena, a multiplex cinema, nightclub, plus the largest permanent fun fair in Scotland at Codona's Amusement Park. Scottish premier League football action is just behind the beach, at Pittodrie Stadium, home of "the Dons" - Aberdeen Football Club.

Aberdeen Art Gallery - Houses a fine civic collection from the 18th to the 20th centuries, also a sculpture court with columns of different colours of granite.

the history of the North Sea to life. View multi media displays and exciting exhibitions on the offshore oil industry, shipbuilding, fishing and clipper ships.

The Gordon Highlanders Museum - Portrays two centuries of gallantry by the north-east's own regiment.

Provost Skene's House - Experience the epitome of style and elegance in this 16th century town house, furnished and decorated in the styles of earlier times. Visit the Costume Gallery, and view one of Scotland's most important cycles of religious painting in the Painted Gallery.

Storybook Glen - Nearby at Maryculter, a 28 acre-children's fantasy land where nursery rhymes and fairytale characters abound. Adults enjoy the nostalgia, surrounded by flowers, trees and waterfalls.

From the south, follow the motorway network to Perth. Choose between the Deeside Tourist route (A93), the dual carriageway Trunk route (A90), or the picturesque coastal route (A92) from Dundee.

National Express and Scottish Citylink are the main coach companies serving the area from England, Wales and around Scotland.

Aberdeen international airport is served by flights from most parts of Britain, including London airports, as well as flights from Amsterdam, Bergen, Copenhagen, Esbjerg and Stavanger.


Things to do in Aberdeenshire 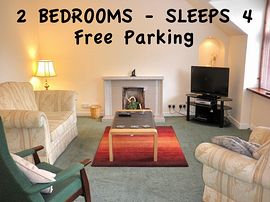 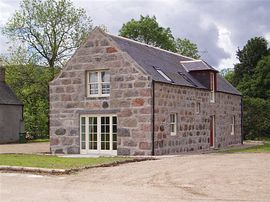 more self catering near Aberdeen...

Days Out in Aberdeen

Places to Visit near Aberdeen