You are here:  Towns -> Places to Visit in Aberdeenshire -> St. Cyrus

St. Cyrus is a small village in the north east of Scotland mid-way between Aberdeen and Dundee, with 3 miles of glorious sandy beaches and the area adjacent to the beach is a Nature Reserve.

The village and its surrounding area have a population of 1,000 or so. Montrose is the nearest large town some 6 miles away, with Aberdeen the nearest city 35 miles north.

St. Cyrus has a rich history, and over the centuries various lairds (landowners) have claimed rights to land. The most prominent lairds to the south belonged to the Graham family, who can trace their rights back to King William The Lion, some 500 years ago. One of the Graham clan, James, became the Marquis of Montrose, a great royalist leader; the Marquis of Montrose was eventually hanged in Edinburgh.

The area has always been farmed primarily for arable crops - barley for whisky, although now there is a thriving soft fruit and vegetable industry. In days gone by Salmon was salted and exported to the Baltic States and the Mediterranean. Salting gave way to packing in ice and this was pioneered by George Dempster from Angus. Ice houses were built locally - there is one just below Woodston Fishing Station on the path to the beach.

Fishing is still an important part of the local economy with lobster being exported far and wide.

An old Churchyard, no longer in use, is now part of the Nature Reserve with the churchyard being named Nether Kirkyard.

One famous grave in the Nether Kirkyard is that of George Beattie, a local lawyer and poet who, in 1823, committed suicide in the Nether Kirkyard by blowing his brains out. The suicide was caused because his lover, a Ms. Gibson, spurned Beattie. The reverberations of the suicide rattled around the area for the next century; especially as Beattie had put pen to paper on his reason for committing suicide.

One local dignitary of the mid 1800's was John Orr, the Laird of Bridgeton. Rumour has it that one day John Orr saw a young couple struggling through snow drifts, and he decided to establish a dowry valued at £1,000 (a huge sum in the mid 1800's) with the interest to be divided into five equal parts. One was to be spent on the needs of old folk, but the remaining interest was to go to the youngest, oldest, tallest and shortest brides of the year married in St. Cyrus. The dowry exists to this day.

The coming of the railway and roads did bring the odd bonus, and one of these lies about 1 mile north of St. Cyrus just under the A92. The Den o' Finella. Named after Finella, 'Queen' of the Pictish Maermors, who threw herself to her death there to escape the wrath of the King's men, having contrived the death of King Kenneth III of Scotland in the year A.D.995. Go, by foot, under the bridge and there is a waterfall at about 75ft in height.

The one thing which has not really changed over the years is the comparative pace of life and the scenery, factors which make St. Cyrus a great place to live. 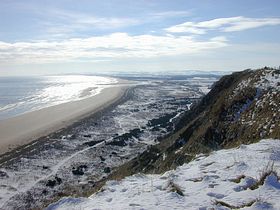 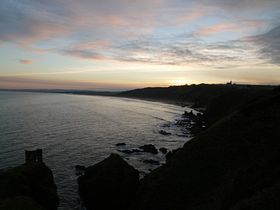 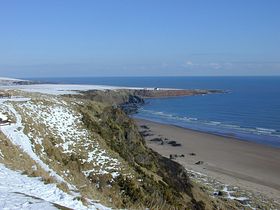 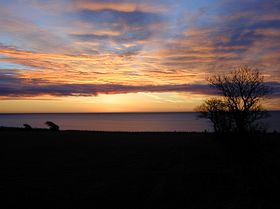 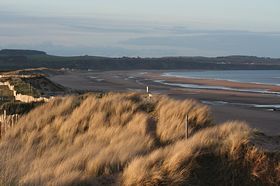 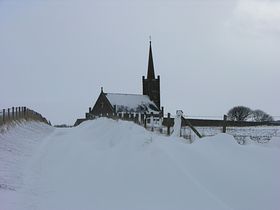 Days Out in St. Cyrus

Places to Visit near St. Cyrus