This region covers the Southern part of England (except London, which has its own region). The countryside ranges from the hills of the Chilterns to the north, through the garden of England, Kent, to the greenery of the New Forest and the chalky downs of the South Coast. 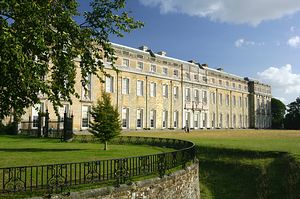 There are many stately homes to visit - Hatfield House, the childhood home of Queen Elizabeth I, Windsor Castle, a current home of the Royal Family, Osborne House, Queen Victoria's house on the Isle of Wight, the Rothschild's Waddesdon Manor, and Beaulieu with its palace, motor museum, abbey and gardens.

The coastal towns of Brighton and Dover are both well worth a visit. Brighton was popularised as a sea-side resort in the 1780s by the Prince Regent, who built a splendid Pavilion by the sea front. There is a fascinating museum and old town, called The Lanes, which is a bustling antiques quarter, and the Palace Pier - a traditional seaside attraction!

Dover has always been strategic from a military point of view, the Romans built a lighthouse and fortifications, the Normans built the impressive Castle, and the maze of 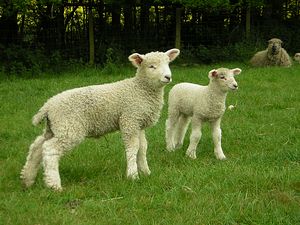 tunnels under the cliffs were used extensively as operations headquarters in World Wars II. It is said that you can see all the way to France from the top of the famous white cliffs of Dover - on a clear day!

Canterbury's cathedral is famous as the place where Archbishop Thomas a Becket was murdered for his denial of King Henry II's authority in 1170. Later, in the mid-thirteen hundreds, the great English writer Geoffrey Chaucer wrote his "Canterbury Tales" about a group of pilgrims who were on their way to visit Becket's shrine in the cathedral.

Stonehenge, the mysterious prehistoric megalithic monument can be found in this region. It is thought by some to be a shrine to the sun-gods, and by others to be the haunt of druids, but very little is actually known about the original purpose of this impressive stone circle. There is always speculation as to how prehistoric man constructed it, without the aid of modern lifting machinery.

The Channel Islands off the south coast of England - Jersey, Guernsey, Alderney, Sark and Herm - enjoy warmer weather than mainland Britain, and so are popular holiday destinations. There are sandy beaches, good walks and cycle routes, and many interesting museums, such as Guernsey Museum and Art Gallery, and Castle Cornet.