You are here:  Counties -> Things to do in Aberdeenshire 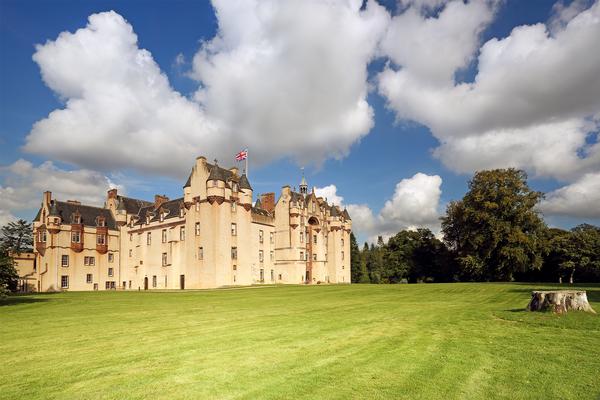 Aberdeenshire is situated in the north east corner of Scotland, with a great diversity of scenery, including coastlines to the North Sea in the east and the Moray Firth in the North.

Inland are the Grampian Mountains and part of the Cairngorms National Park.

Aberdeenshire Tourist Information Centres can supply details of these trails and help you plan a visit to this historic county. 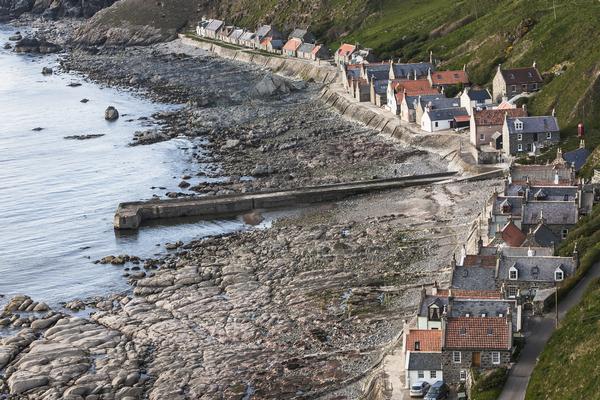 Visitors to Aberdeenshire often begin in its capital Aberdeen, the granite city with a long history is today a cosmopolitan centre, with many attractions, good shopping, entertainment and dining facilities.

In the south of the county, on the coast, lies the town of Stonehaven.

On a peninsula high above the sea is Dunnottar Castle. A fortress with a fascinating history, where the Crown Jewels of Scotland were hidden from Oliver Cromwell. The Castle is open to the public from Easter to October. 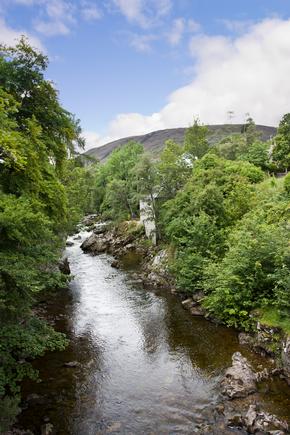 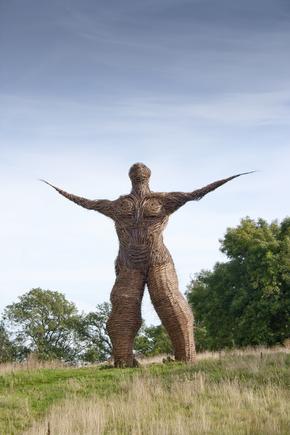 From Stonehaven's picturesque harbour, boat trips are available from May to July to visit the largest Seabird Colony in mainland Britain at RSPB Fowlsheugh.

In the south of the county, the village of St Cyrus overlooks a beautiful bay. St Cyrus National Nature Reserve lies between the village and the sea. The lava cliffs are home to butterflies, rare wildflowers, stonechats, fulmars and a breeding colony of terns. A national cycle route runs from St. Cyrus northwards along the coast. 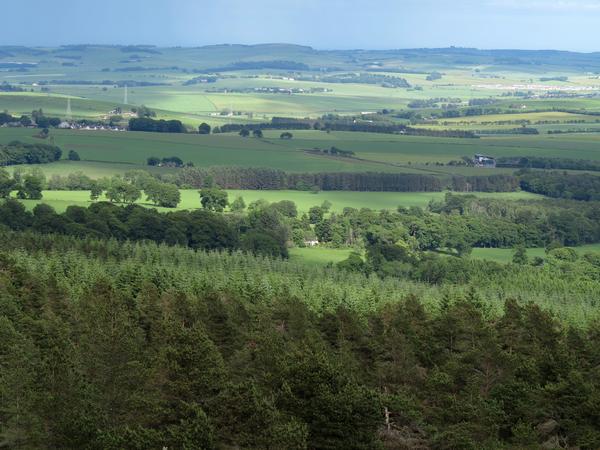 Inland, the Kincardine and Mearns district encompass north east Scotland's finest agricultural land. The fertile area known as the Howe of the Mearns is an area of tranquil beauty, well worth exploring.

From Laurencekirk, in the heart of the area you can take a circular tour of the Mearns. There are villages and townships, such as Fettercairn with its own Whisky Distillery producing the single malt 'Old Fettercairn', tours and tastings are available from May to September.

The village of Arbuthnott, associated with Lewis Grassic Gibbon, author of "A Scots Quair", has a visitor centre dedicated to the life and times of the author. 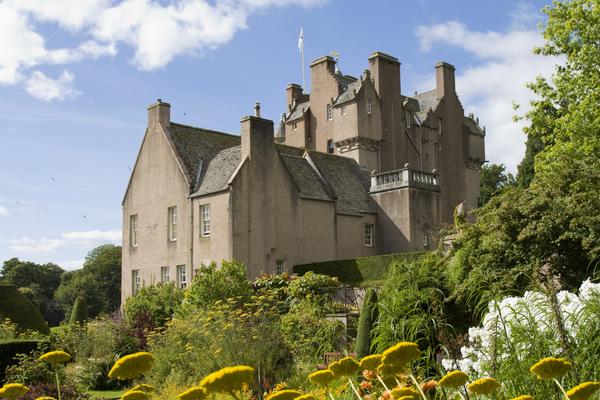 The south west region of Aberdeenshire is known as Marr, can be found in Ballater, Banchory and Braemar.

The River Dee, one of Scotland's most famous salmon fishing rivers flows from its source high in the Cairngorm Mountains through Royal Deeside, passing land marks such as Braemar Castle, and Balmoral Castle and Crathes Castle.

Braemar Castle was built in 1628 by the Earl of Mar and is renowned for the annual Royal Highland Games, held in September and attended by members of the Royal family. 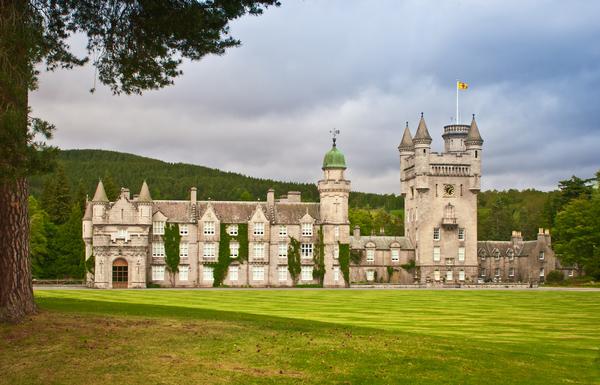 Balmoral Castle has been the Scottish holiday home of the Royal Family since Queen Victoria's reign. The 16th century turreted fairytale Crathes Castle with its beautiful walled garden, is situated near the historic town of Banchory.

The area contains the remaining Caledonian woodland and is rich in wildlife, such as red deer, golden eagles and red squirrels. There are nature reserves at Muir of Dinnet, Glen Muick, Glen Tanar and Morrone Birkwood. 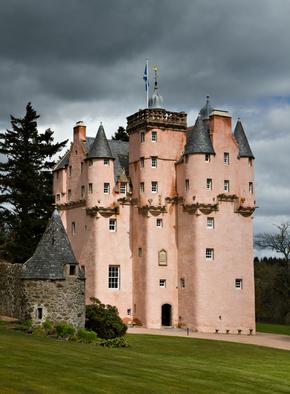 In the north of Marr, in the valley of the River Don is Cragievar Castle, a fine example of the best of Scottish Baronial architecture.

A few miles north is the town Alford, from where you can take a trip on the Alford Valley Railway. Alford is also home to the Grampian Transport Museum.

Huntley is a good base for exploring the north of Marr. In a beautiful setting in Huntly is the remains of Huntly Castle, with impressive architectural details. Nearby is Lieth Hall a beautiful house and extensive grounds, with wildlife trails and waymarked walks.

In the Garioch area, tourist information is available in Inverurie, an attractive town on the River Dee. Garioch is home to the award winning attraction Archaeolink Prehistory Park, a fascinating experience for all ages. 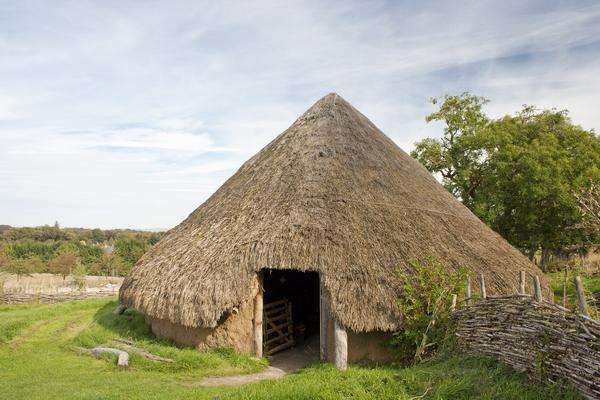 The Formartine district's main towns are Ellon in the south and Turriff in the north.

On the coast is Forvie Sands National Nature Reserve, twelve miles north of Aberdeen. The reserve is home to the largest colony of breeding eider duck in Britain.

Attractions in the Formartine area include Pitmedden Garden and Haddo House, near Ellon. Fyvie Castle, near Turriff, houses a fine art collection well worth visiting.

To the north is the Buchan area, whose principal town is Peterhead, where the largest catch of white fish is landed in Europe. The coastline is spectacular and quite unspoiled. Inland the area is largely agricultural. 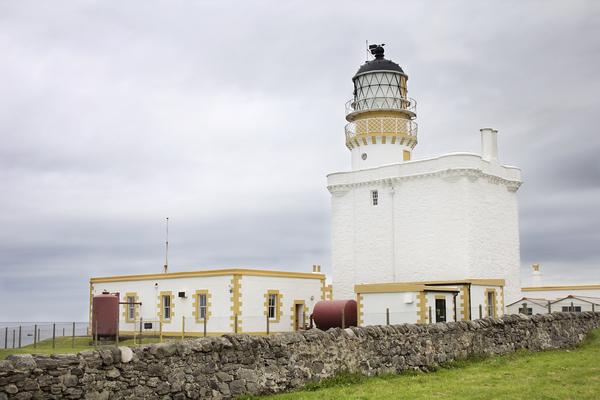 The Banff and Buchan district on the Moray Firth is the main fishing area of Aberdeenshire.

Along the coast are old fishing villages with picturesque harbours, sheltered bays and sandy beaches. Fraserburgh is home of the Museum of Scottish Lighthouses, containing the history and largest collection of lighthouse lenses and equipment in Britain. To the west is Banff, where you can visit Duff House, designed by William Adam, now open as a "Country House Gallery" of the National Gallery of Scotland.

Days out in Aberdeenshire


Places to Visit in Aberdeenshire