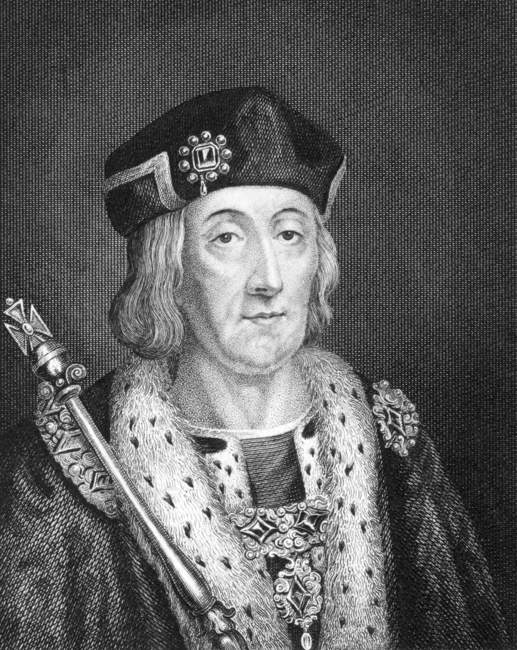 Henry VII and His Help to Tudor Explorers

In 1496, although still beset with pretenders to his throne and dealing with the treason of his step-uncle Sir William Stanley, Henry VII granted John Cabot, Cabot's sons, and other Bristol merchants authorization (known as Letter Patents) to discover, search, and settle lands which were "unknown to Christians". 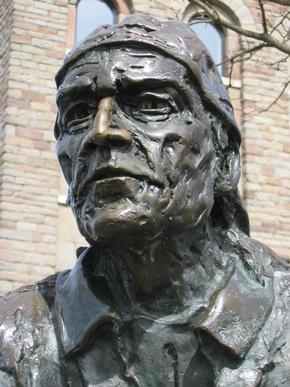 Five years after Columbus was funded by the Monarchs of Spain for his journeys, the first Tudor explorers were on their way.

Cabot's initial voyage, to either Nova Scotia or Newfoundland, was a success.

Unfortunately, his second voyage was not as successful. He didn't return.

That didn't stop his offspring from wanting to explore. 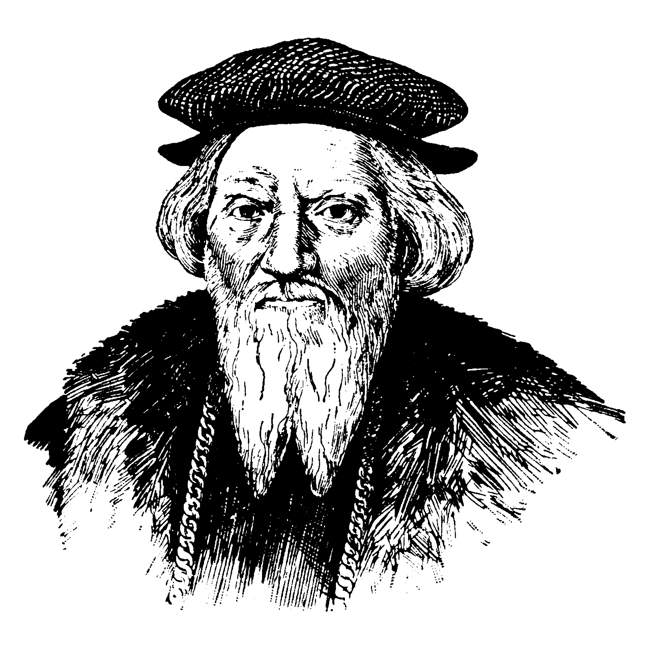 A year before he died, Henry granted trading patents to John Cabot's son. 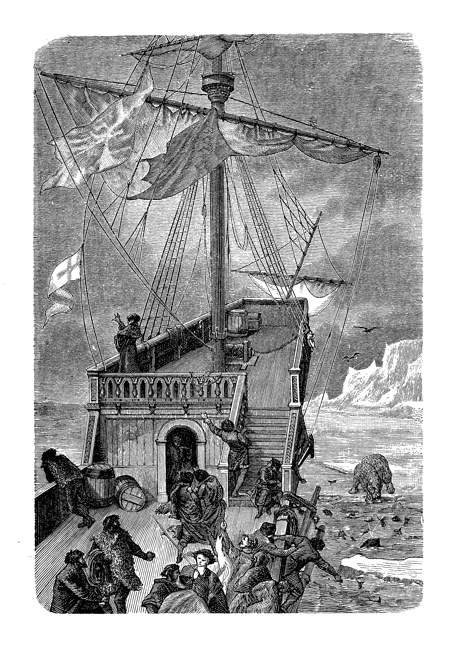 Returning to find that Henry VIII was not going to be granting any discovery patents, and that receiving a Tudor ship was not a possibility, Sebastian took his skills and knowledge to Charles I, the Holy Roman Emperor.

There his navigation techniques and piloting skills were used for the benefit of a Continental monarch.

Henry VIII and his Lack of Help to Exploration

His main concern was staying on the 'good side' of Spain. Spain was extremely suspicious of any ventures into The Atlantic.

As he was married to Catherine, a princess of that country, Tudor explorers didn't find patronage from their monarch.

Later in his reign, when Catherine was no longer a part of his life, Henry did begin to focus on expanding his empire.

But he wanted to do that by re-acquiring the property that had been lost by earlier English monarchs.

This property was all located in France.

Edward VI Takes Up The Cause of Tudor Explorers

With an inheritance of over 100 ships, and a looming crisis in the export of cloth to Antwerp, Sebastian Cabot was tempted back into England's service.

London merchants, and the Privy Council were desperate to find new commercial ventures. 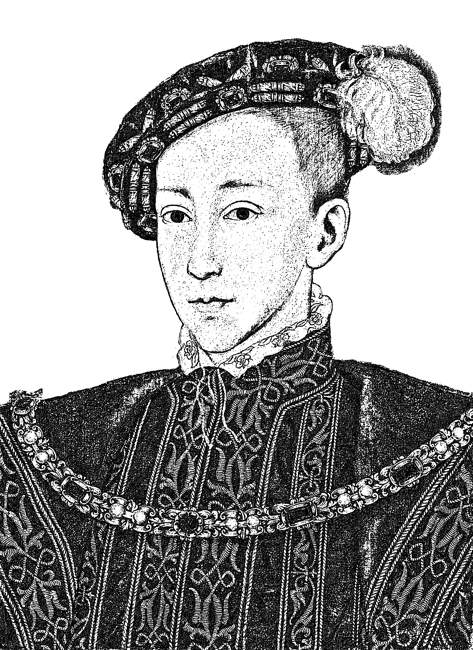 Four years after Edward was crowned, the first trading expedition was made to Morocco.

By the year of his death, Tudor explorers had reached the Guinea coast. But now Spain was beginning to protest.

A new route to the east was imperative.

In May, 1553, three small ships, under the commands of Sir Hugh Willoughby and Richard Chancellor, were filled with Tudor explorers.

The hunt was on for a North-East passage.

The "Bona Esperanza", the "Edward Bonaventure", and the "Bona Confidentia" left England.

Every detail was planned, even down to a letter addressed to "The Great Empire of Cathay" which requested permission to trade.

The weather, however, like in so many other meticulous plans, refused to cooperate.

Although all three vessels had planned to sail together, a violent storm in August caused their separation.

The Tudor explorers aboard the "Bona Esperanza" and the "Bona Confidentia" managed to stay within sight of each other. 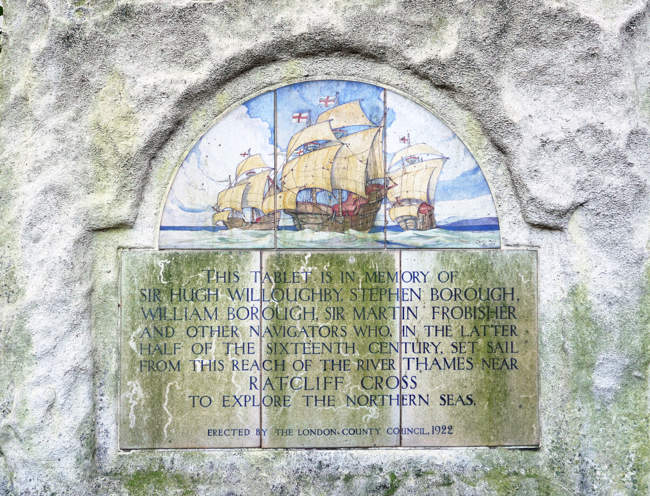 Making landfall on the coast of Lapland just as winter was blowing in, the crews of both ships decided to stay.

Fish and game were abundant and conditions weren't considered to be harsh.

The following summer, the bodies of Sir Hugh Willoughby and his crew were found by Russian fishermen.

The luck for "Edward Bonaventure" was better. This ship and its explorers found themselves in Archangel in north-east Russia. 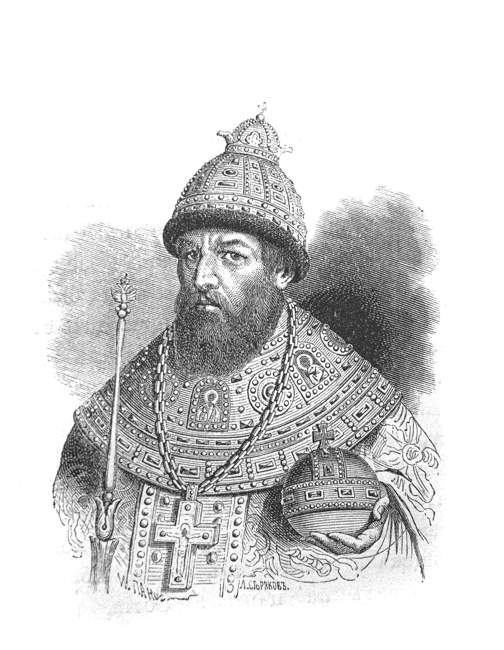 From there they travelled overland to Moscow where negotiations were started with the Czar, Ivan IV.

Two years later there was a formal treaty and the Muscovy Company was established.

Elizabeth I, Drake and Raleigh

After the internal strife suffered in England during Mary I's tenure, the peace which came to the country shortly after Elizabeth I's accession was a great opportunity for Tudor explorers to again sail the ocean. 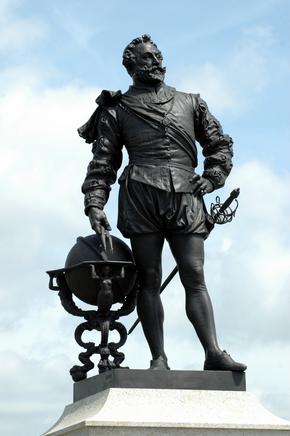 From 1577 to 1580, Francis Drake and his men sailed "Golden Hind" (although the ship left with the name "Pelican", Drake changed the name of his ship to reflect his friendship with Christopher Hatton whose crest was a hind) around the world. 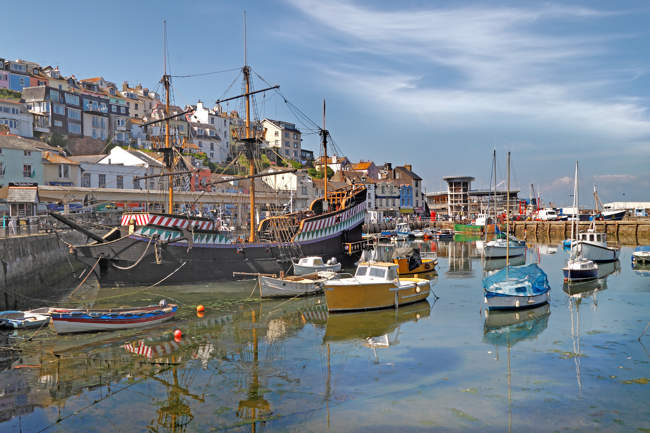 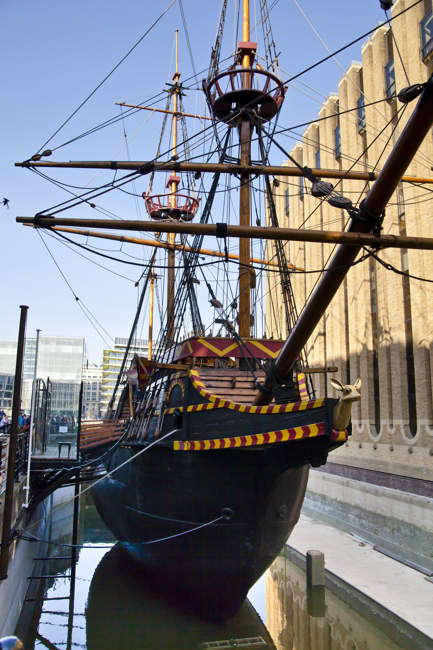 Tudor explorers, before Drake, had never before sailed around the globe. 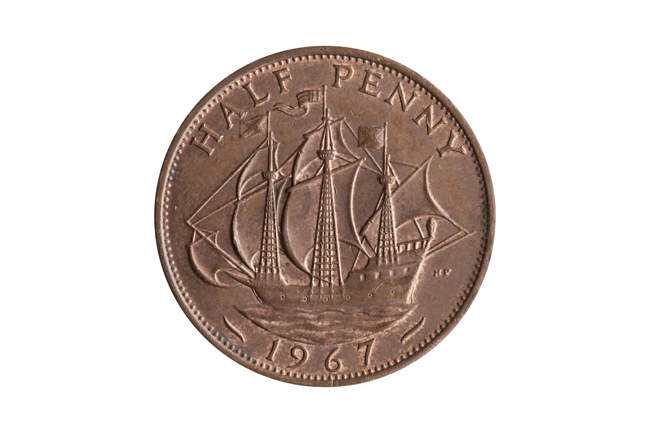 To add sweetness to the effort, Drake brought home to his queen the riches he just happened to confiscate from captured Spanish ships. Elizabeth's treasury was full.

Its destiny was to the west. By this time, Raleigh was a great favorite at court.

Elizabeth couldn't bear to think of him leaving and he was commanded to stay in England. 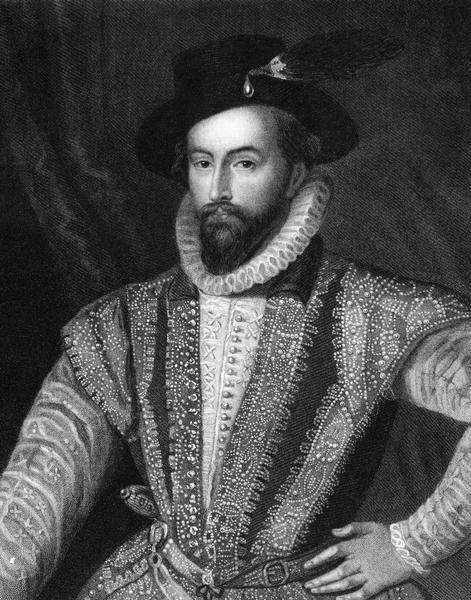 Shortly thereafter, a landing was made on Roanoke Island, which was renamed "Virginia" in Elizabeth I's honor.

Listening to the persuasions of crew members, two Native Americans made the return journey to England.

In September, they were presented at court. 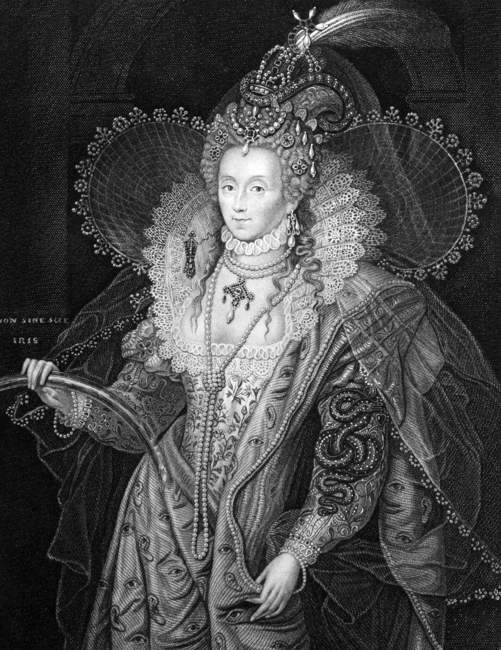 Although Raleigh had not sailed on this particular journey, his financial support and organization skills put him at the top with other Tudor explorers.