You are here:  Towns -> Places to Visit in West Yorkshire -> Mytholmroyd

Things to do in Mytholmroyd, West Yorkshire 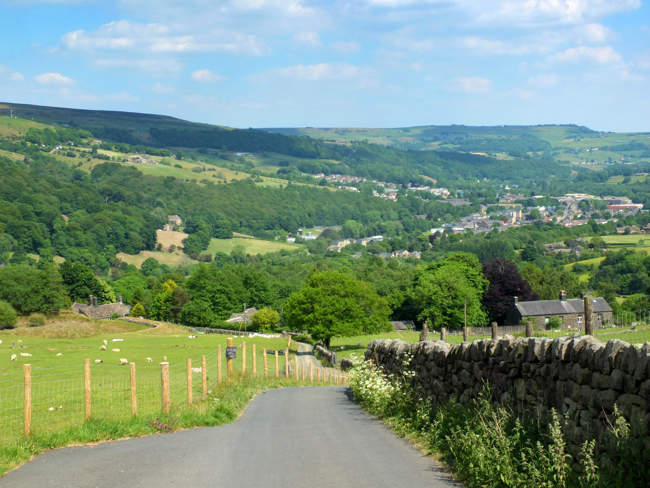 Situated in the beautiful Calder Valley, equidistant from the towns of Halifax to the east and Todmorden, to the west, Mytholmroyd is now a dormitory town for Leeds some 30 miles east, and Manchester, 40 plus miles west.

The name is from the Norse: a level place where two rivers meet Mitholm - Roid. 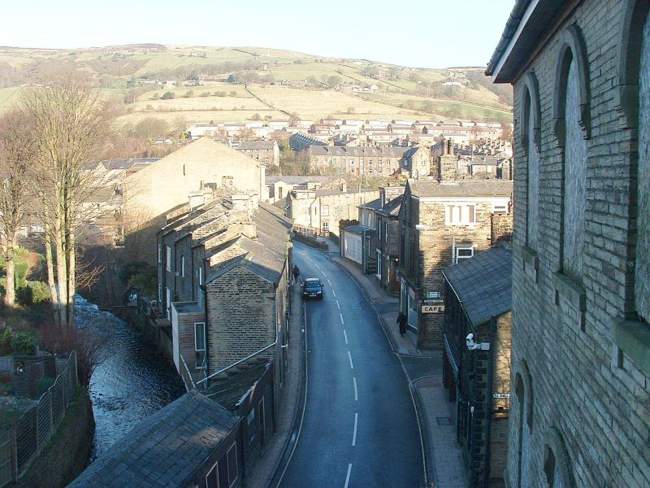 The main road through the town is the A646 (occasionally the only road open between Lancashire and Yorkshire when the M62 is closed due to either accident or snow).

Running through the valley, alongside the River Calder and the A646 is the Trans-Pennine rail route Leeds-Manchester and the recently refurbished, Rochdale Canal. 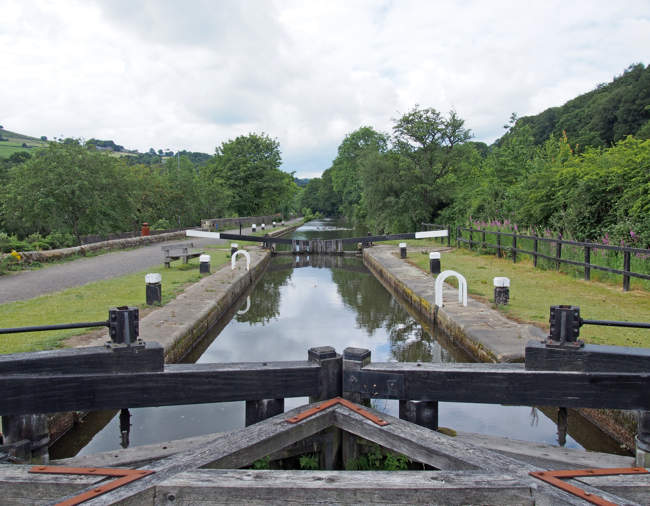 Via the British Waterways Network you can get to lots of points in the Calder Valley.

On a Historical note, the "Cragg Coiners" used to meet in the "Dusty Miller Inn" the leader of which is buried in nearby Heptonstall Churchyard. 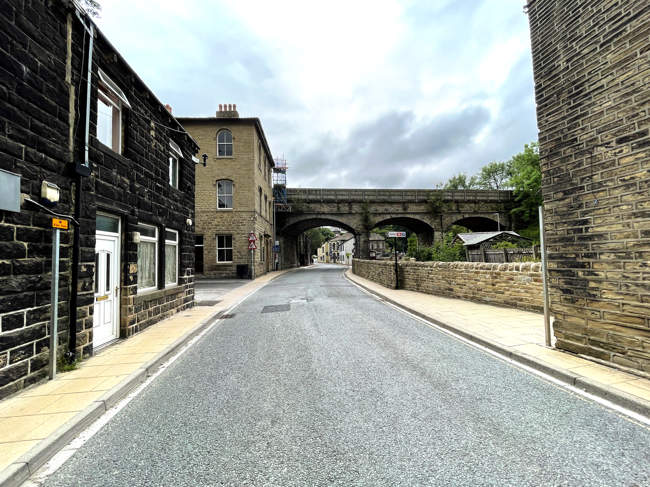 You can have a guided tour of the town with an old friend of Ted's, Donald Crossley.

During the Civil War, Mytholmroyd suffered from skirmishes and attacks from both Royalists and Parliamentarians.

Educationally the whole of the Calder Valley is served by the comprehensive "Calder High School", which is situated on the south-facing hillside. 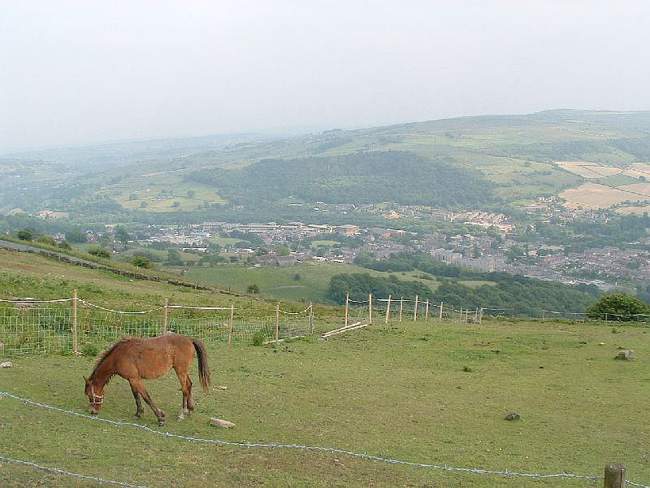 Continuing up the road past the school one would eventually arrive at the hilltop village of Midgley.

From there, a pack-horse route (Heights Road) will take you to Hebden Bridge and Old Town with a stunning panorama of the whole valley and the distant "Stoodley Pike". 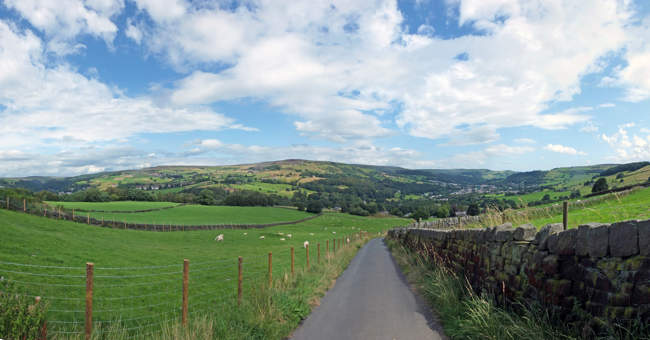 Facing the school on the opposite side of the valley is the near-vertical scar of "Scout Rocks" above another old pack-horse route to Sowerby Village. 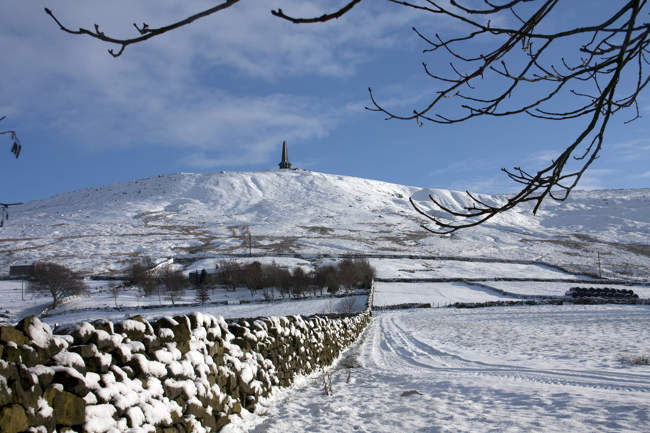 Both of which were originally "council houses" but are now mainly privately owned.

Just to the west of Nest Estate, one can find one of the oldest buildings in the valley "Stubbings", a group of farm buildings that have been owned by the Murty family, for as long as anyone can remember.

Another Mytholmroyd "claim to fame" is the first-ever, pre-stressed, pre-fabricated concrete bridge to span a river:

County Bridge (the cost of construction was covered by the then "W.R.C.C.") at the west end of the town, provides access to Caldene avenue and Nest Estate. 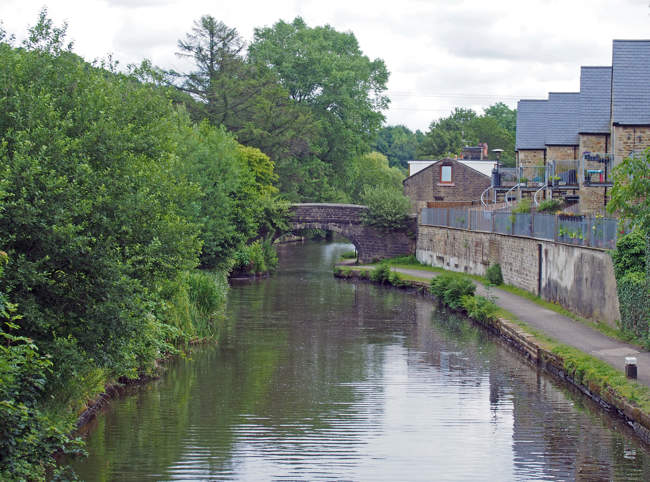 Before its construction, the bridge was erected, there was a circuitous route over New road, under the railway, half a mile then turn right at the (then) Fire Station, and back under the railway at "Thrush Hill Tunnel".

Spend some time in Mytholmroyd, I am sure you will enjoy your visit. 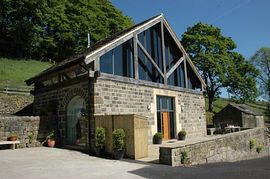 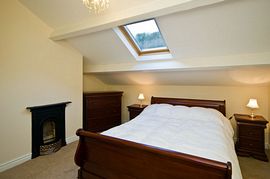 more self catering near Mytholmroyd...

Days Out in Mytholmroyd

Places to Visit near Mytholmroyd