You are here:  Towns -> Places to Visit in Kent -> Fordwich

Things to do in Fordwich, Kent 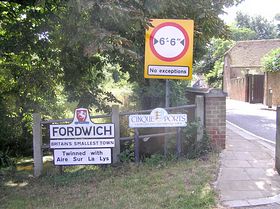 The historic Town of Fordwich lies on the Great Stour river, about two miles east of Canterbury, just south of the A28 road to Thanet, close to Sturry. Bus and train links to Fordwich and Canterbury are good.

There is evidence for a settlement at Fordwich in Roman times, and this developed over the centuries until Fordwich became the port of Canterbury. At that time the river was much wider than it is now and led directly into the Wantsum Channel, which separated the Isle of Thanet from the mainland. The stone for building Canterbury Cathedral, brought from Caen in France, was brought upriver and unloaded at Fordwich, and in the Cathedral Archives are records from 1424 and 1425 listing the transport of 400 tons of stone for the Cathedral.

Gradually the river, and the Wantsum Channel, started to silt up, despite several schemes to keep the waterways clear. The silting-up, together with the opening of the Canterbury and Whitstable Railway (the "Crab and Winkle Line") in 1830 impacted Fordwich's economic importance to Canterbury. Later, with the arrival of road transport, its fate was largely sealed. Thus, the nature of Fordwich changed. Today it's a small hamlet who's river is navigated purely by small pleasure craft.

Links with its illustrious past do remain however. Fordwich is a member, or 'limb', of the Cinque Port of Sandwich, and the Mayor Deputy of Fordwich still pays annual 'Ship Money' of 6s 8d to the Mayor of Sandwich at a ceremony held at Sandwich Town Hall. Fordwich was governed until 1883 by a Mayor and 12 Jurats, who were also Justices of the Peace. (Fordwich now has a Town Council of 5 councillors, elected every four years in the local council elections.) Fordwich is therefore a town with a long history, and the centre of Fordwich has been designated a Conservation Area, with many listed buildings.

Fordwich has another, and unique, claim to fame - it is the smallest town in Britain (based on population - Guiness Book of Records), and also has the smallest Town Hall in Britain (maximum capacity 41 people). The Chairman of the Town Council, elected by the councillors, is the Town Mayor. However, just to confuse matters, Fordwich also has a Mayor Deputy (who is normally the Chairman of the Town Council). The holder of this post is actually a Mayor Deputy of Sandwich in recognition of the special relationship Fordwich has by being a Limb of the Port of Sandwich. Fordwich United Charities is responsible for administering the various charities that have been set up over the centuries, and is a substantial land-owner, owning land on Romney Marsh and the Fordwich allotments. Fordwich United Charities also owns, and is responsible for, the Town Hall, which is a Grade 2* listed building.

Fordwich belongs to the Parish of Sturry with Fordwich and Westbere with Hersden. This parish is a Local Ecumenical Partnership between the Anglican and Methodist churches, with members of both denominations able to worship freely at either of the two churches (Sturry and Westbere) in the parish. Fordwich Church was closed for regular worship in 1996, but in view of its historic nature it is now in the care of the Churches Conservation Trust, and can still be used for special occasions up to six times a year. One of these events are the annual Civic Service, organised by Fordwich Town Council, to which a number of local dignitaries are invited. Another is the Advent Carol Service, originally organised by The Friends of Fordwich and District in thanksgiving for the fact that there were no personal injuries in two major fires which occurred during 1996.

In 1982 an organisation, the Friends of Fordwich (chairman Jim Omand), was formed. Part of its brief was raising funds for maintenance of the church. Later, in 1988, a second organisation, the Fordwich and District Society was formed, their main objective being to serve as a pressure group for traffic matters, flooding, and raising funds to promote other causes. Eventually, after three years, the two organisations amalgamated in 1991 to form The Friends of Fordwich and District, a registered charity which raises funds for local projects, most recently working towards the acquisition and renovation of the Fordwich Schoolhouse. This is a small building dating from 1868, built to provide education for Fordwich children, although it closed for this purpose in the mid 1890s. Ownership has now been transferred from the church to The Friends of Fordwich and District, and after urgent repairs have been completed, the building will provide a centre for activities for residents.

Further information about Fordwich, contact details for Town Councillors and current opening times for the historic Town Hall can be found at www.fordwich.net 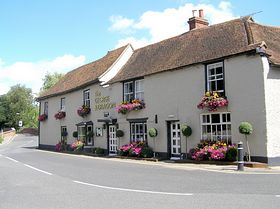 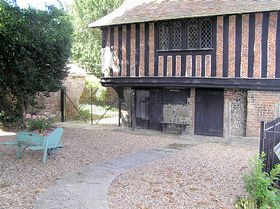 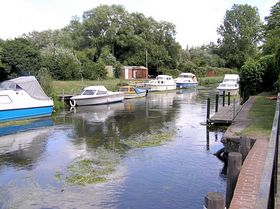 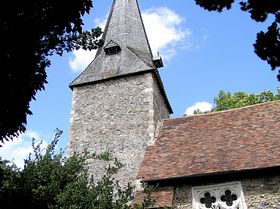 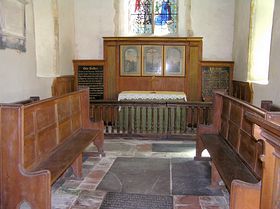 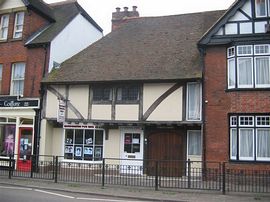 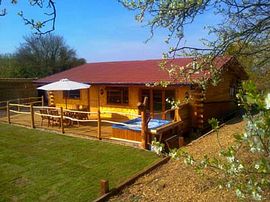 more self catering near Fordwich...

Days Out in Fordwich

Places to Visit near Fordwich