You are here:  Towns -> Places to Visit in North Yorkshire -> Aysgarth

Things to do in Aysgarth, North Yorkshire

Aysgarth is a village in Wensleydale, North Yorkshire and is best known for its natural beauty, its falls and its tasty cheese! 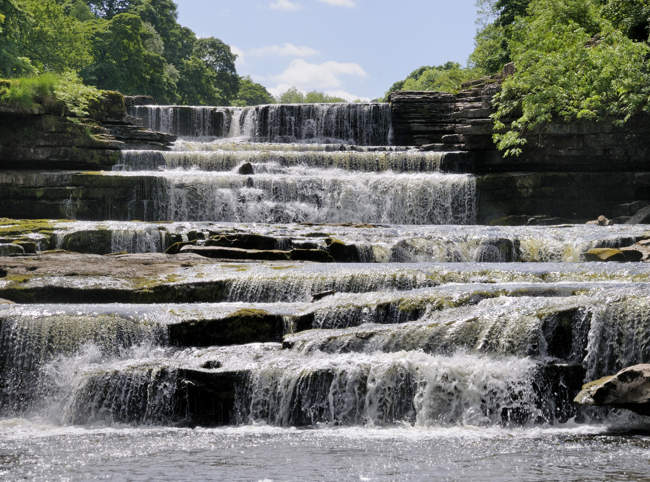 The village is within the Yorkshire Dales National Park, about 16 miles from the market town of Richmond.

It is named after the nearby Aysgarth Falls, a series of waterfalls on the River Ure.

The Aysgarth Falls were featured in the film Robin Hood: Prince of Thieves and are one of the most popular attractions in Wensleydale. They are spectacular after periods of heavy rain.

In the last census of 2001, Aysgarth was recorded as having 197 residents in 88 households, and little seems to have changed since.

It remains a quiet and pretty village with its stone cottages and lovely 16th-century bridge over the River Ure.

The heart of the village is the George and Dragon Inn which was built as a 17th-century coaching inn. It is now a Grade II listed building.

Another Grade II listed building in Aysgarth is the extensive St Andrew's Church, situated near the head of the Falls. It has some fine historic treasures inside.

At the western end of the village is a Rock Garden which is well worth walking along to see.

Things to do in Aysgarth

Aysgarth Falls, one of the most famous sights in Wensleydale, provides scenic walks through the wooded valley with plenty of opportunities to see wildlife and masses of wildflowers.

Richmond Castle is a popular place to visit from Aysgarth. Scolland's Hall serves as the castle gatehouse.

The old Trinity Church in Richmond is worth visiting, but not for the usual reasons. 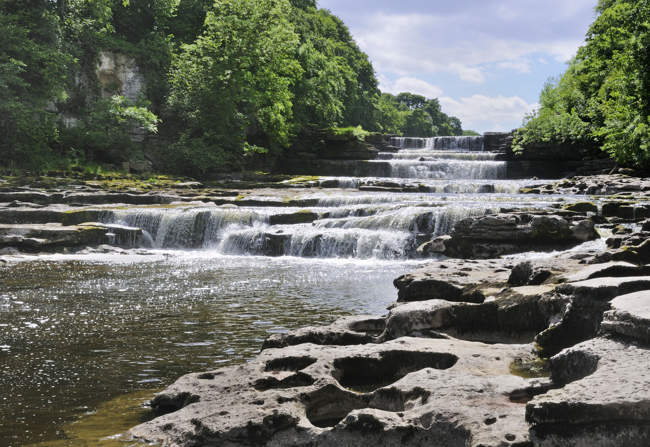 This former place of worship is now the home of the Richmondshire Museum and includes the actual set used in the making of the TV series All Creatures Great and Small.

It also has a Lead Mining Gallery, so there is something for everyone.

The Wensleydale Creamery should be on every visitor's list, to sample the ice cream.

As well as the Aysgarth Falls, Hardrow Force and Ingelton Falls are two other natural beauty spots worth a visit.

The nearby Fountains Abbey and Studley Royal Water Garden is a place for quiet solitude, while Harrogate and Knaresborough provide a touch of Yorkshire class and culture.

St Andrews Church is of particular historic interest. It was rebuilt in 1536 on the site of an earlier church and was restored again in 1866.

Many of the interior fittings, including the rood screen and abbot's stall, are from Jervaulx Abbey which was destroyed under the Dissolution of Monasteries Act of 1536. 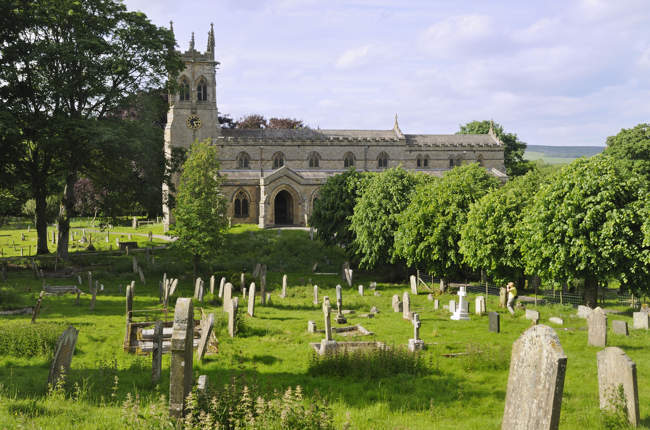 Above the southeast door is a 14th-century coffin lid, reused in the rebuilding. It is decorated with an engraved hunting horn and was probably the coffin of a verderer or local forester.

The extensive churchyard covers four acres, which seems excessive for such a small community. It is thought to be the largest churchyard in England.

Until recently part of a 10th century Saxon Cross marked this site, which was either a local preaching place or the site of a former church. The cross was stolen in 1996.

Days Out in Aysgarth

Places to Visit near Aysgarth