You are here:  Towns -> Places to Visit in North Yorkshire -> Askrigg

Things to do in Askrigg, North Yorkshire

Askrigg is a pretty village in Upper Wensleydale, part of the scenic Yorkshire Dales. It is five miles east of Hawes, the home of tasty Wensleydale cheese. 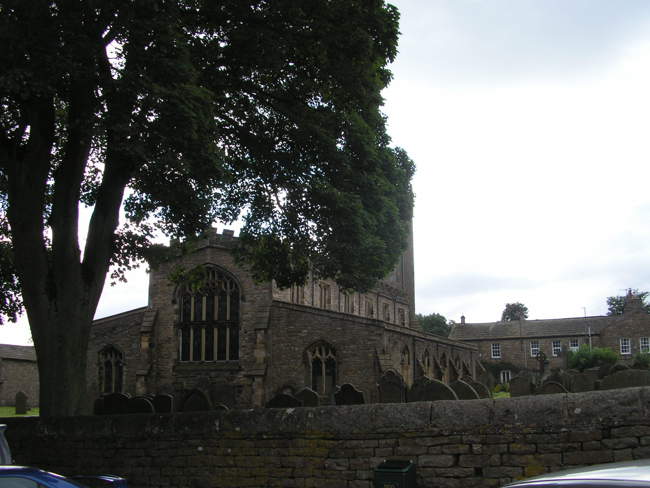 At the latest poll, Askrigg had just 411 residents, making it a small and friendly local community with a great deal of history.

Nappa Hall was the home of the Metcalfe family and is a fine example of a 15th century fortified manor house.

It was built in 1459 by John Metcalfe and has two towers. The taller tower has slit windows and a spiral staircase topped by a crenellated parapet.

Like many villages in the Yorkshire Dales, Askrigg's main street is lined with stone cottages and tea shops around the cobbled market square.

St Oswald's Church is in the square and was built in 1466 with a clock tower and six bells.

The square has an 1830 market cross, a stone pump and a huge metal ring set in the cobbles. This was where a bull would be tied and then baited with dogs.

In later times, if a local man turned over the ring it was a challenge for a fight. Anyone turning the ring back was the sign he would take the challenge and the two men would brawl in the square.

Askrigg has several historic pubs including the Crown Inn, dating back to the late 18th century.

The Kings Arms was built in 1767 as a coaching inn by John Pratt, a local jockey and racehorse breeder.

He kept his hunting horses and hounds behind his house on the main street and would ride out through what is known as Robinson's Gateways and down the main street with his hounds baying behind.

Things to do in Askrigg

The proximity of the Yorkshire Dales National Park makes Askrigg an excellent base for walking, cycling, horse riding and scenic drives. 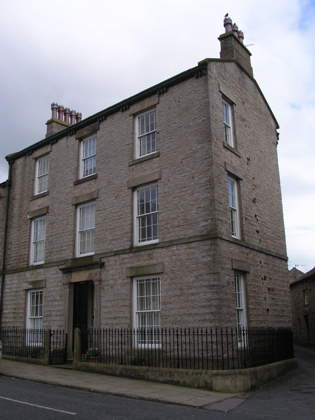 The village is the starting point for several circular walks around Mill Gill and the waterfalls at Whitfield Force.

The tiered falls at Aysgarth are just four miles away and the historic church there is also worth visiting. Semerwater is also nearby and is the largest natural lake in the county.

Further afield, the historic city of York offers museums, the Shambles and the magnificent York Minster.

The name of Askrigg dates back to Viking times and there is evidence of old Norse farms in this area and possibly even earlier settlements.

During the 13th century and the 14th century, the area was used by the Cistercian monks for grazing their sheep, but this ended with the Dissolution of the Monasteries in the 16th century.

By 1587 Askrigg had a charter for a market, which was held on Thursdays. During the Industrial Revolution Askrigg was at its zenith, producing textiles and knitting from its local mill.

The town also gained a reputation for fine clockmaking, thanks to a Quaker called John Ogden who set up a clock workshop in 1680.

Various other clockmakers moved to the area and the village became the home of some of England's finest clockmakers including James Ogden, Mark Metcalfe and Christopher Caygill.

Visitors may recognise Askrigg as being the fictional Darrowby in the TV series All Creatures Great and Small.

Cringley House was the vet's surgery and the King's Arms pub was used as the fictional Drover's Arms.

Days Out in Askrigg

Places to Visit near Askrigg