You are here:  Towns -> Places to Visit in Highland -> Auldearn

Things to do in Auldearn, Highland

A small village in a parish of the same name, Auldearn lies to the east of the River Nairn, 2 miles (3 km) east of Nairn in the Highland Council Area.

It takes its name from the old castle of Eren (Old Eren), built here in the mid-12th Century.

This was William the Lyon's stronghold during his expeditions in the north and it was here that Robert the Bruce accepted the surrender of the rebellious men of Ross.

Although Auldearn was an early Scottish burgh, it lost its status in c.1190 with the founding of Nairn close by.

Amidst the earthworks of the old castle on a hill overlooking Auldearn stands the white-harled Boath Dovecote which was built in the 17th century to serve Boath House.

This private mansion to the north-east of the village was rebuilt in the 1820s for Sir James Dunbar to a Gothic design by the architect Archibald Simpson of Aberdeen.

The dovecote and medieval motte were presented to the National Trust for Scotland in 1947 by Brigadier J. Muirhead of Boath.

Auldearn is perhaps best remembered as the site of a battle fought in May 1645 on the boggy ground to the south-west of the village.

Here, the Royalist forces of the Marquis of Montrose routed a Covenanting army led by Sir John Hurry.

The battle is recalled in local place-names such as Dead Wood and in memorial stones in the north porch of the parish church which dates from 1757.

This building replaced an earlier church dedicated to St Colm or Columba who is said to have had a chapel here in the 6th century and whose name was also commemorated until the 1880s in the local St Colm's annual fair. 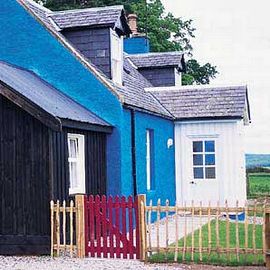 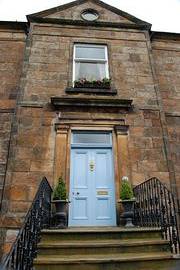 more self catering near Auldearn...

Days Out in Auldearn

Places to Visit near Auldearn