You are here:  Attractions -> Things to Do in County Durham -> Raby Castle 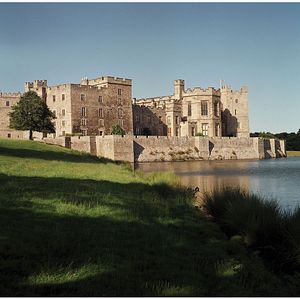 
Visit the proud stronghold built by the mighty Neville dynasty in 1360, which has stood for centuries as a monument to their power and ambition.

King Cnut owned the estate in the early 11th Century and may well have built the first castle here; the present building was begun by John, 3rd Baron Nevill in about 1360.

The Nevills were the most powerful family in the north: renowned warriors whose ultimate goal was the Crown itself.

At Raby, they built a stronghold of soaring towers and impregnable walls as a symbol of their power, wealth and ambition.

Raby is home to possibly the grandest medieval Kitchen in England: A room of awesome proportions virtually unaltered since it was built in 1360.  A Garrison Room with walls up to twenty feet thick where in times of danger men-at-arms (and their horses) lived and slept!

Visitors will also see the breathtaking and magnificent grandeur of the Baron's Hall.  In 1569, in this room, 700 knights gathered to plot the "Rising of the North" in support of Mary Queen of Scots.  Ultimately, this was a doomed enterprise that brought about the fall of the House of Nevill.

Since 1626, the Castle has been owned by the Vane family.

As Earls of Darlington and Dukes of Cleveland they added a dramatic Entrance Hall in the Gothic style, and the sumptuously decorated Octagon Drawing Room.

Raby's extensive grounds provide interest for all the family.

Days Out near Raby Castle

Places to Visit near Raby Castle