You are here:  Attractions -> Things to Do in Hampshire -> Breamore House & Museum


The magnificent Manor House is set above the picturesque village of Breamore, overlooking the Avon Valley on the edge of the New Forest, just north of Fordingbridge.

The House was completed in 1583 by the Dodington family, five years prior to the Spanish Armada. It was purchased in the early 18th century by Sir Edward Hulse, Baronet, M.D.,F.R.C.P., Physician in Ordinary at the Court of Queen Anne, King George I and George II. The House has been lived in for the past 250 years by his descendants and remains very much the family home of the Hulses.

Visitors to the House will discover many fine collections of works of art, including paintings of the 17th and 18th century Dutch School, 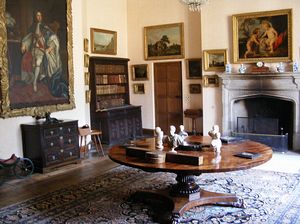 family portraits, a unique set of 14 Mexican ethnological paintings, fine examples of period furniture crafted from oak, walnut and mahogany, tapestries, a very rare James I carpet, 17th century needlework, porcelain and many other interesting items of historical, national and family interest. The film set of 'Children of the New Forest' was here.

Breamore is a largely unspoilt 17th century village with many old thatched cottages, an extensive "common" and a great deal of history. Life in a typical village like Breamore can be relived in the Breamore Countryside Museum which provides a fascinating insight into the days when a village was self-sufficient.

The Museum boasts one of the finest collections of steam powered farm machinery, tractors, barn machinery and historical tools. The addition of a children's adventure playground to complement the Great British Maze has greatly added to the younger generation's enjoyment. There are some delightful souvenirs in the shop to remind you of a memorable day at Breamore.

Light lunches and home-made cakes are served in the Tea Shop from 12noon and there are some delightful souvenirs to remind you of a memorable day at Breamore.

This extremely rare 16th century Bavarian four-train turret clock. Sir Edward Hulse, says: "This is the earliest four-train clock in the country. Breamore was completed in 1583 and the clock built within ten years of that date." Restoration of this historic timepiece will be the museum's millennium project. It is similar in shape to the Salisbury example, oldest in the country, but twice its size. 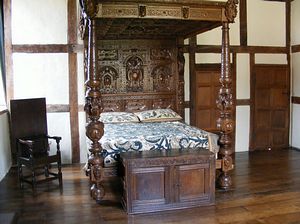 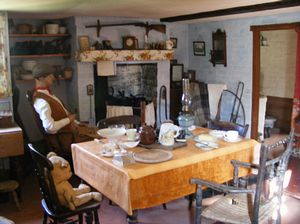 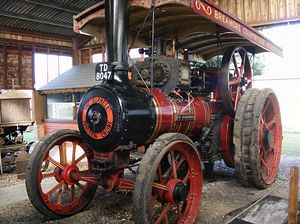 Days Out near Breamore House & Museum