You are here:  Towns -> Places to Visit in Cumbria -> Pooley Bridge

Things to do in Pooley Bridge, Cumbria

Pooley Bridge is a popular holiday destination with most of its local industry geared to meet the needs of the tourist. 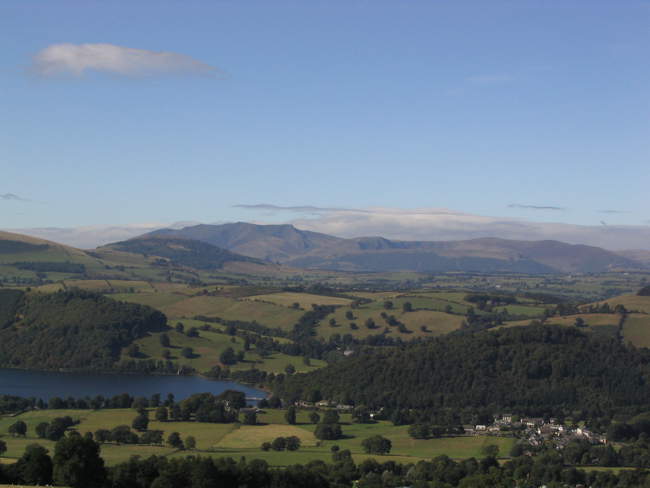 Good quality pubs, restaurants and tearooms are to be found, and nearby are the renowned hotels of Sharrow Bay and Leeming House.

For more frugal accommodation, a number of camping and caravan sites are provided.

From a pier on the outskirts of the village, the Ullswater Steamers operate a scheduled service to Howtown and Glenridding meaning that the car can be left at home. 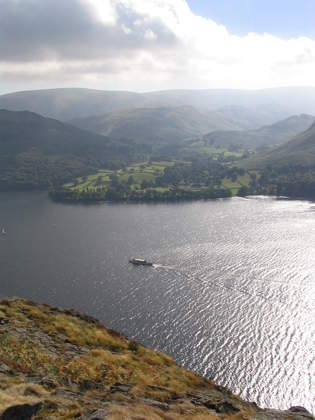 The area around Pooley Bridge abounds with stunningly beautiful walks of a variety of length and terrain.

Along with Glenridding, the village of Pooley Bridge is the most important settlement on Ullswater, which would have been settled very early in the history of the lake. 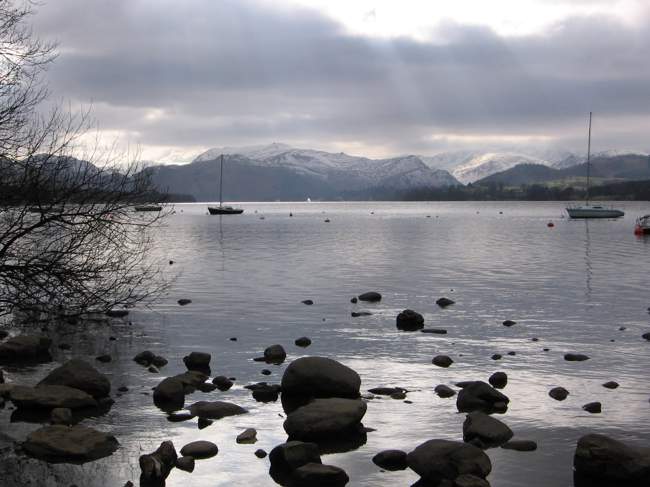 Indeed, if the Celtic tribesmen who settled here had brought with them their traditional method of stilt-house building in shallow lakes, this would have been one of the few parts of Ullswater in which they could have settled.

However, most of Ullswater was not suited for the type of home that had been so successfully employed by the Celts elsewhere, as the sides of the lake shoal quickly away into deep water. 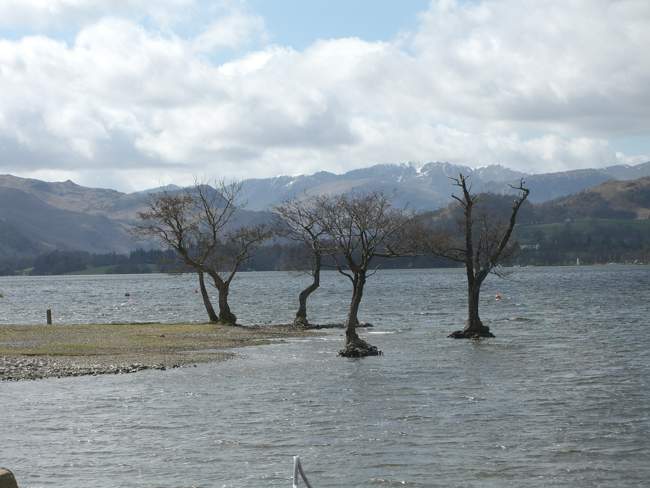 Thus the early settlers protected their homes by building them on the hillsides or tops of conical peaks.

Of all the early fortified settlements, that on the summit of Dumallard Hill (or Dunmallot/Dunmallet) is also significant.

Most Ordnance Survey maps simply label 775-feet (237 metres) summit with the words 'fort', but an inspection of the conical shaped hill reveals its important strategic location at the entrance to Ullswater. 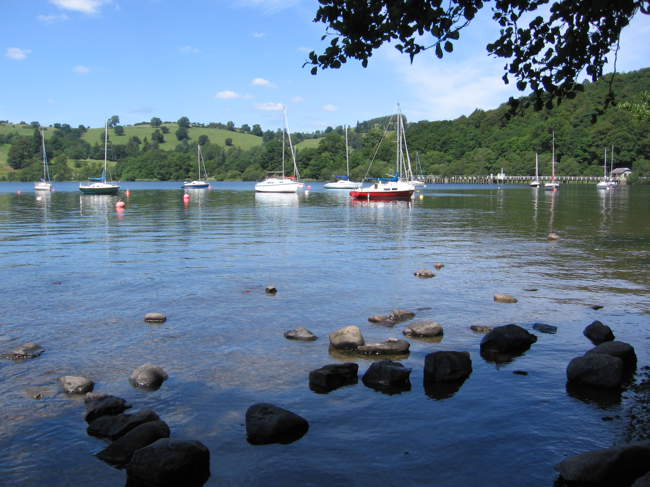 In connection with other hilltops such as Great Mell Fell, Little Mell Fell, Heugh Scar Hill and The Riggs, Dunmallard may have formed a line of defensive locations that could repel any invader.

In more ways than one, Pooley Bridge was the gateway to the Lakes.

Just how large the settlement was around here we can only hazard a guess, but the ancient sites on the high ground of Askham Common and Barton Fell give some indication that habitation was probably extensive and of some considerable duration. 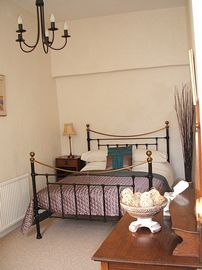 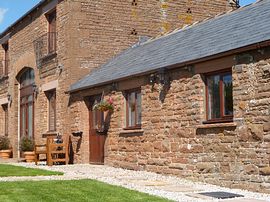 more self catering near Pooley Bridge...

Days Out in Pooley Bridge

Places to Visit near Pooley Bridge