You are here:  Towns -> Places to Visit in Somerset -> Nunney

Things to do in Nunney, Somerset

The village of Nunney, in the edge of the Mendip Hills near Frome on the border of Somerset and Wiltshire, is dominated by its striking moated, French-style castle. 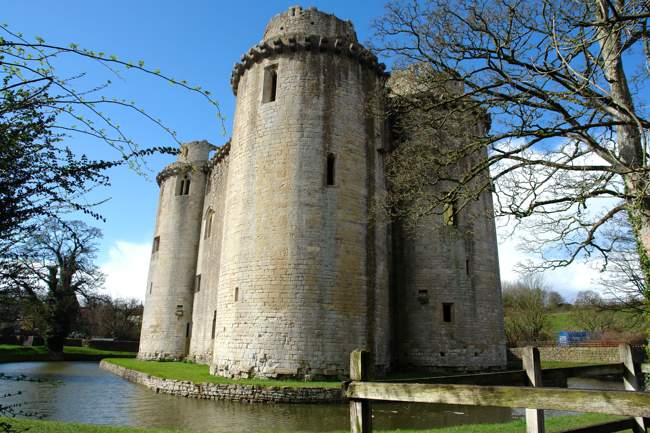 Things to do in Nunney

The George at Nunney dates from the 16th century, possibly used as a coaching inn but much altered over the years.

Facing Nunney Castle, its bar, restaurant and accommodation do a roaring trade throughout the year, although children under 14 are not admitted (but well-behaved dogs are!).

Café de la Mere, serving hot and cold drinks and light meals, does welcome families with children and is located just yards from the castle near Nunney's picturesque Post Office.

Postcards, maps and refreshments can be bought at the Post Office and at Nunney's village shop.

The village, mentioned in Doomsday Book and now a Conservation Area, has an active community life with concerts and other events taking place throughout the year.

Highlights are Open Gardens Day on the third Sunday in June, the Nunney Street Market and Fayre on the first Saturday in August and Carols in the Castle in December.

A popular Acoustic Café takes place at Nunney Village Hall on the first Sunday of each month.

Events are announced on boards outside Nunney Post Office.

A treasure trail around Nunney and surrounding fields, called ‘The Hunt for the Nunney Diamonds', takes around an hour and a half and gives information on many points of interest in and around the village.

It is on sale at The George at Nunney.

Nunney is an ideal base for a short break or family holiday. 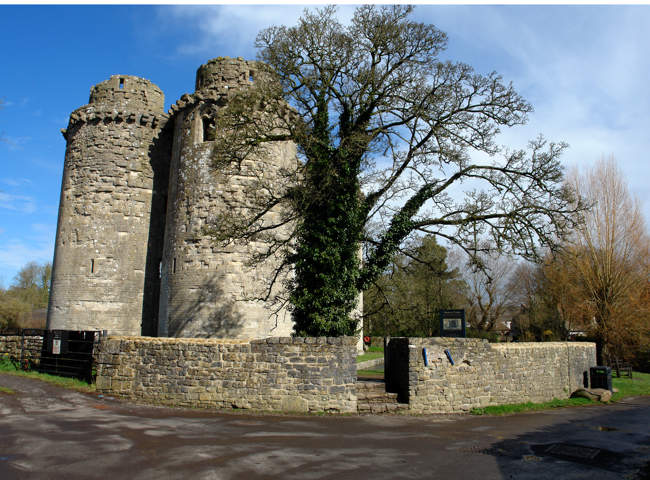 Longleat House and Safari Park are just ten minutes away, while Bath, Bristol, Wells, Cheddar, Glastonbury, Stonehenge, Salisbury, Shaftesbury and Wookey Hole can all be reached within an hour's drive.

A visitor car park is located in Old Quarry Gardens at the top of Castle Hill, across the bridge from the Market Place.

A public toilet is available in Nunney Church, while facilities at The George at Nunney and Café de la Mere can be used during business hours for a small donation to charity.

With the glorious Longleat and Stourhead estates to the south and the Mendip Hills to the west, Nunney is also ideal for walking, cycling and horse-riding excursions.

Built in 1373 by Sir John de la Mere, a local knight, it is said to have been modelled on the Bastille in Paris.

Bizarrely, the castle was not built on higher ground - which was already occupied by the local church - but at the foot of a hill.

Extensively modernised in the late 16th century, it came under attack from Parliamentarian troops under General Fairfax during the Civil War in 1645.

The occupants, loyal to King Charles I, surrendered after three days when a single cannon ball was shot through the north wall of the castle.

It wasn't until Christmas Day 1910, however, that the damaged wall finally collapsed. Now managed by English Heritage, admission to Nunney Castle is free.

Effigies of former Lords of the Manor of Nunney and other notables, such as an Earl of Winchester, can be seen in the Grade I listed All Saints Church.

This also houses a Norman font, a Saxon cross, an original mural of a medieval knight and other objects of interest.

The 13th century church pre-dates the castle but has been much altered in 1874.

Extensive fundraising efforts are underway to give the church a fitting new roof, after its much-heralded 15th century wagon roof was found to have rotted through.

The tranquil village of Nunney is home to over 30 listed buildings built in the attractive local stone from nearby quarries, including a keep or prison, weavers' cottages and a number of imposing Georgian homes built by local entrepreneurs.

A particularly fine example of Queen Anne architecture is visible next to Nunney Castle, built on the site of a much older Norman manor house.

The Nunney Brook, which winds its way through the centre of the village, continues through a beautiful landscape where kingfishers and other wildlife abound.

A royal charter for a weekly market and annual fair was granted in 1260 by King Henry III to Henry de Montfort, then Lord of the Manor of Nunney.

The market soon rivalled those in Frome and other surrounding towns. Revived in 1975, the annual fair takes place in early August in and around Nunney Market Place.

A historic market cross at the nearby duck flats incorrectly states 1259 as the date of the Nunney Market Charter. 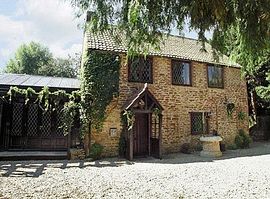 more self catering near Nunney...

Days Out in Nunney

Places to Visit near Nunney