You are here:  Towns -> Places to Visit in Worcestershire -> Malvern

Things to do in Malvern, Worcestershire 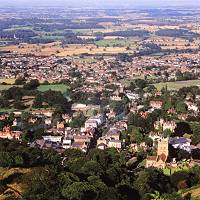 The name Malvern is derived from the ancient British language spoken by the people who lived in the area about 2000 years ago, before the Roman invasion. The words 'Moelbyrn' of 'Moel Vern' mean 'bare hill'.

The earliest reports that people were visiting The Malverns for the healing power of the water came in 1622.  However it wasn't until the 18th century that significant numbers of people began to flock to the Holy Well spring in Malvern Wells, for its ability to 'cure' a number of ailments.

In 1750 Dr. John Wall analysed the spring water and advocated its purity 'The Malvern Water is famous for containing nothing at all',

Many wells can still be found on the hillside, Holly Well, above Malvern Wells, was the most popular hill spring during the 18th century before people decided that St. Ann's Well, was closer to the bath houses and lodgings of Great Malvern.

It is still possible to visit both today and sample the waters.

Great Malvern has a wealth of interesting architecture due to its rapid growth as a spa town, during the 18th century. Look out for Gothic, Mock Gothic, Grecian influences and imposing Victorian buildings.

Malvern Priory Church dates back to the 11th century. Amidst classic Victorian buildings

Inside the huge columns and arches, were built when William of Normandy was on the throne, over nine hundred years ago.

You can take a guided tour to find out more about the Church. Today The Malvern Museum is housed in the Abbey Gateway.

Malvern's most famous son is Sir Edward Elgar, who drew inspiration from the hills and the countryside around.

He was born in Broadheath, a few miles distant, but lived and worked in Malvern for most of his life and is buried at St. Wulstan's Church in Little Malvern.

for themselves places that were a part of his life and work.

The performing arts are an important part of Malvern life; there are all year round programmes at the Winter Gardens Complex.

Malvern is also home to the world class English String and English Symphony Orchestras, the ESO and principal conductor William Boughton, enjoy international acclaim as the leading performers of English music and still give local recitals.

Since 1909 Morgan Cars have been built in Malvern, they are in great demand among enthusiasts from almost every part of the world.

Visitors can telephone the factory and arrange for a tour, to see unique sports cars still being made by hand. 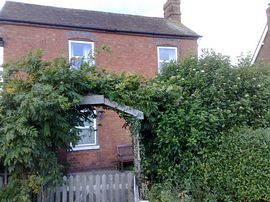 more self catering near Malvern...

Days Out in Malvern

Places to Visit near Malvern