You are here:  Towns -> Places to Visit in Herefordshire -> Ocle Pychard

Things to do in Ocle Pychard, Herefordshire

The rural Parish of Ocle Pychard in the Deanery of Bromyard, in Hereford diocese, is situated on the main road between Hereford and Bromyard and is about 7 miles equidistant from both. 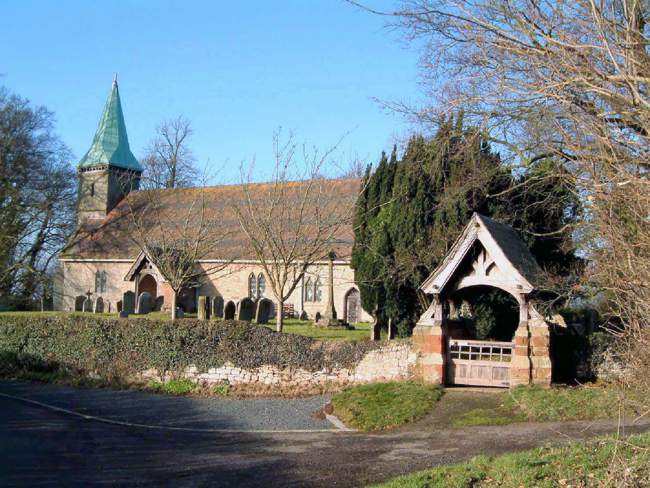 The Church of St. James

The Church of St. James is found at the east side of the parish.

Originally in the Deanery of Froome, the first reference to a Church in Ocle Pychard is found in "Liber Taxationum omnium Beneficiorum in Anglia" made in 1292.

In spite of the misspelling of Pychard, the reference is certainly to Ocle Church.

The original church was present in the late 13th century and may have been built in the latter part of the 12th century.

The original rectangular church consisted of the eastern three-quarters of the Nave.

The position of the Piscina or drain, in the south east corner shows that the original altar was positioned at the present Chancel Arch. Early in the 14th century, the Chancel was added onto the original building.

The Nave was extended to the west and the Vestry built onto the Chancel in mid 14th century. Late in the 14th century the original tower was built astride the west wall of the church. The south Porch and the Organ Chamber are both of modern construction.

The Chancel arch is two-centred and is 14th century in origin.

In mediaeval times, walls, if built of rough unsquared stones, were plastered and then covered with paintings which, together with the stained glass windows, provided religious "visual aids" for a largely illiterate congregation.

It is reasonable to presume that there was a Rood Loft in the early days but the only remaining evidence for this is the 15th century doorway high on the wall on the north side.

The early period of destruction was in the 16th century (post Reformation) and the 17th century (during the Commonwealth) when Rood Lofts were destroyed, often with their supporting screen and loft, along with wall paintings obliterated with whitewash on which texts were painted and the stained glass smashed.

The east window is 15th century, partly restored, and has three trefoiled lights with tracery.

The Nave shows straight joints in the side walls marking the extent of the original building.

In the 19th century, the Victorians generally stripped the plaster from the walls, removed "inappropriate" 18th century additions, destroyed the western galleries and replaced them with choir stalls for a robed choir in the Chancel - in mistaken imitation of cathedral practice - and installed new pipe organs. 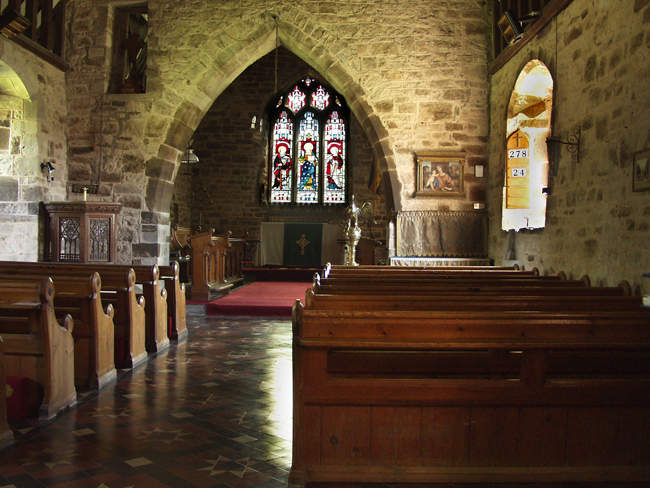 Interior of the Church of St James the Great, Ocle Pychard © Geoffrey Loyd

By removing the plaster from the walls, the Victorians did great damage in two ways.

First, they exposed rough stone-work which was never intended to be seen and secondly, and much more seriously, with the plaster they destroyed the hidden wall paintings, which with modern techniques could have been restored to view by removing the covering coats of whitewash.

In the south wall there are three windows - the easternmost contains painted quarry glass and may be a window of the original church.

The centre window and the southern doorway are mid 14th century while the westernmost window is later.

The north wall contains three windows - the easternmost is early 14th century, much restored - the westernmost corresponds to the one on the south wall and the centre window is more modern.

There are also the remains of a doorway of uncertain date.

The west Tower is very unusual in that it is built half inside the church and half outside.

The late 14th structure probably replaced an earlier one.

There are three stages to the Tower together with a Spire.

The turret above the Bell Chamber was replaced by an oak spirelet in 1872. The spirelet was covered in copper in 1922.

The Tower contains three bells and a sanctus.

The 1st Bell is by John Finch and dated 1639. It is inscribed "Gloria in Excelsis Deo" and the bell may have belonged to Westhide.

The 2nd Bell dates from the late 14th century or early 15th century.

The bell has been called "John's Bell" from the inscription "Eternis annis resonet campana Johanis".

Each word is preceded by the stamp of a King's head which has led to the suggestion that the bell was the gift of Royal John.

The 3rd Bell is probably 16th century and is inscribed with two names - James More and Tomes Philpot - possibly Churchwardens of their day.

The Sanctus Bell is inaccessible.

The Church in Ocle Pychard was considerably restored in the 19th century.

In 1869 the roof was retiled, it is thought that the roof had been at one time thatched, the large pews were removed together with the whitewash on the walls at a total cost of £620.

At the same time the east window was filled with stained glass. 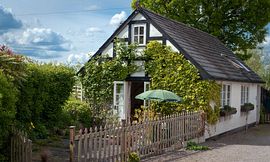 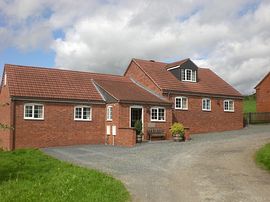 more self catering near Ocle Pychard...

Days Out in Ocle Pychard

Places to Visit near Ocle Pychard