You are here:  Attractions -> Things to Do in Worcestershire -> Whitley Court 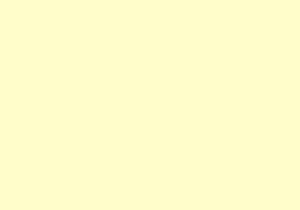 Although Whitley Court is merely a shell of its former magnificence, the impressive scale of the Grade I listed hall and the magnificently restored Grade II listed gardens make this a superb place to visit.

There has been a grand home at Whitley since Saxon times, and at one time the estate was owned by Urso d'Abetot, a relative of William the Conqueror. Over the centuries the estate grew and it was eventually purchased by a Stourbidge merchant, Thomas Foley, who spent a fortune on improving the house and parkland.

The Foley family owned Whitley Court for 183 years and during their ownership John Nash was employed to build the grand porticoes. The Grade I listed church was designed by James Gibbs and the baroque interior has beautiful windows, a magnificent organ and ceiling paintings by Antonio Belluci. These all came to Whitley Court courtesy of the Duke of Chandos who lost his fortune in the South Sea Bubble. It was said that Handel played this same organ when he was the musical director for the Duke.

In 1846 William Humble Ward inherited the house and so began Whitley Court's Golden Age of opulence. After loaning the house for some time to Queen Adelaide, widow of William IV, he then embarked on a major refurbishment program to give the house its current neo-Palladian facade and decorative gardens.

The estate was previously landscaped by Capability Brown but the terraces were redesigned by William Nesfield, who excelled at formal parterre gardens. They became the talk of the age.

Unfortunately a devastating fire in 1937 turned Whitley Court, one of the greatest country houses in England, into an uninhabitable wreck within a matter of hours. It was then left untended for decades. English Heritage recently began an ambitious project to restore the park, gardens, fountains and sculptures.

One of the main features of Whitley Court is the huge stone fountain which has now been carefully restored. The largest fountain in the South Parterre represents Perseus and Andromeda and apparently its workings make the noise of an express train when fired, such is the size of the pumping system! The fountain stands 26 feet high, the main jet reaches 120 feet in the air and the fountain itself is carved from a single block of stone which weighs 20 tons.

The East Parterre has a stunningly recreated garden called the Flora Fountain. If your idea of parterre gardens is of boring green clipped box shapes, then this parterre will reveal the true potential and beauty of a Parterre de Broderie. The bed resembles a piece of embroidery rather than horticulture. Each section is bordered with low clipped box hedges and filled with coloured gravel and flowers to create an amazing finished bed which has a truly stunning visual effect.

The Woodland Walk in the North Park showcases rare trees and shrubs from all over the world including rhododendrons, camellias, magnolias and conifers. The site has 16 other James Gibbs designed buildings which are Grade II listed and can be discovered on walks through this beautiful estate. There is an excellent audio guide available for interested visitors.

Days Out near Whitley Court

Places to Visit near Whitley Court