Things to do in Hay-on-Wye, Powys

Hay-on-Wye is a market town on the Welsh English border, on the banks of the River Wye, and is also within the Brecon Beacons National Park.  It’s home to around 1,500 people. 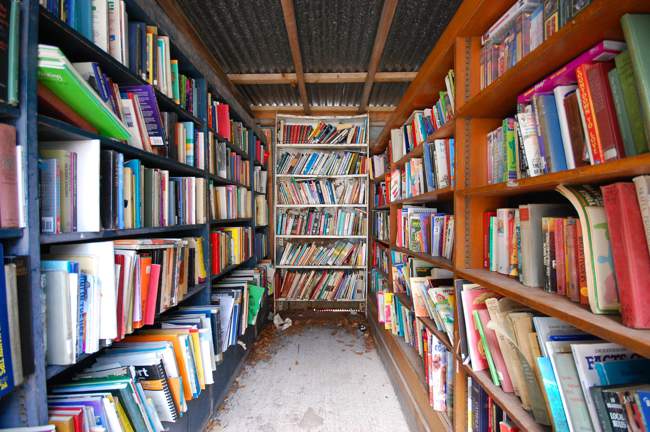 Hay (as it’s often known) would simply be a pleasant but unremarkable town if it wasn’t home to quite so many second-hand and antiquarian bookshops.

Hay-on-Wye is the official National Book Town of Wales, and almost certainly has more bookshops per head of population than anywhere else in Wales!

The town offers such a wonderful choice of second-hand books, from both general and specialist retailers that the local economy has benefited enormously from all the visitors who make their way from all around the UK and further afield to this Mecca for book-lovers.

Sadly, in recent years the number of bookshops in Hay-on-Wye has been in steady decline, as a number of well-loved shops have closed their doors.

However, there are still more than 20 booksellers in the town.

Many carry a general stock, while others specialise in subjects including natural history, music, maps, detective fiction crime and horror, poetry, and children’s books.

There are also a number of delightful “Honesty” bookshops: Un-staffed collections of books, out in the open air (with some protection from the elements), where you can pay a fixed amount per paperback or hardback book, by depositing your money in the box - an “honour” system. 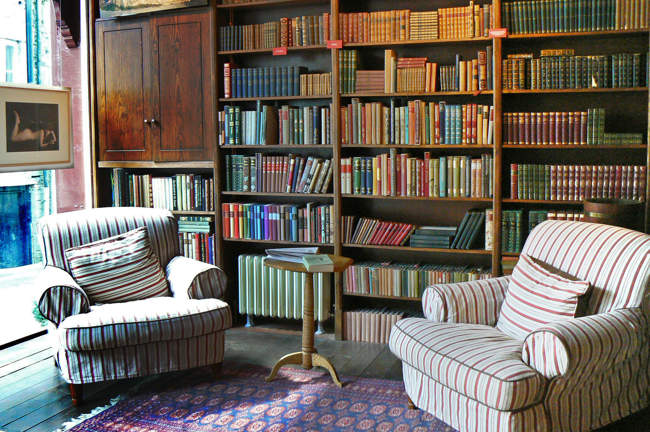 Sometimes the condition of these books has suffered a bit by being stored outside - but it’s still possible to find some gems on these shelves.

Hay-on-Wye is also home to a literary festival which is held for 10 days in May / June each year, and draws an estimated 80,000 visitors to the town.

Over the years, Hay Festival has attracted sponsorship from major newspapers such as The Guardian, The Sunday Times, The Daily Telegraph and even The New York Times.  Bill Clinton even described the festival as the “Woodstock of the mind”. 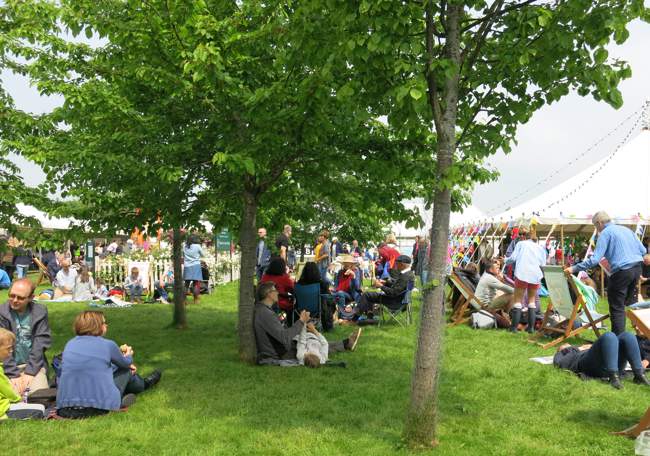 Hay Festival has been such a success that it was awarded a Queen’s Award for Enterprise in 2009.

As the festival has grown over the years, it has expanded from being a purely literary event, and now includes some film and musical events as well.

There’s even a children’s festival at the same time, called “Hay Fever”. 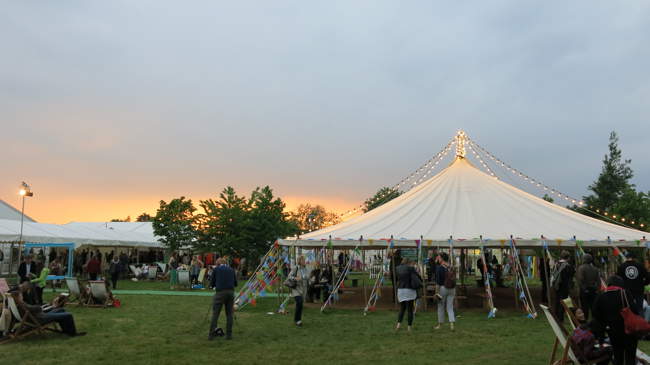 The Hay Chamber Music Festival organised by Hay Music takes place in March, and offers the chance to enjoy a range of enjoyable performances from the chamber music repertoire by some very talented musicians.

As Hay has become used to welcoming large numbers of visitors to the Festival, several other festivals have started up to provide reasons to visit the town at other times of year.

Check the official website for this year’s planned festivals and their dates.

Probably the most historic building in Hay-on-Wye is Hay Castle, which is part medieval castle and part 17th Century Mansion.

The castle was built in around 1200 on the site of an earlier earthwork and stone gate tower.  The mansion was added around 400 years later, and consisted of stone-built manor house with formal gardens.  The basements were used as overflow for the town’s gaol until 1812.

Having passed through various tenants and owners over the years, the castle became part of Hay-on-Wye’s book town story in 1961 when Richard Booth bought it and used it to house a book shop.

In 2011 the castle was sold to the Hay Castle Trust who have plans to renovate the building and create an arts centre.

Today you’ll find some interesting shops surrounding the castle, including plants and gifts, collectables, a craft beer shop, a book shop (of course), and one of Hay’s “Honesty Bookshops” where books cost less than a pound, and proceeds go towards the restoration of Hay Castle.

Thanks to its thriving tourist industry, there are plenty of options in Hay-on-Wye if you’re hungry:

The Old Black Lion is a 17th Century Inn, where Oliver Cromwell may have stayed during the siege of Hay Castle.

The Three Tuns Restaurant and Bar dates back to the 16th Century.

Today it offers a frequently changing menu of Brunch and Lunch dishes, Main Meals as well as Bar Favourites, Ciabatas and Pizzas all prepared on the premises.

Dishes include organic vegetables from Primrose Farm Felindre, Cheeses from Dorstone and Ice Cream from Llanfaes Dairies in Brecon. 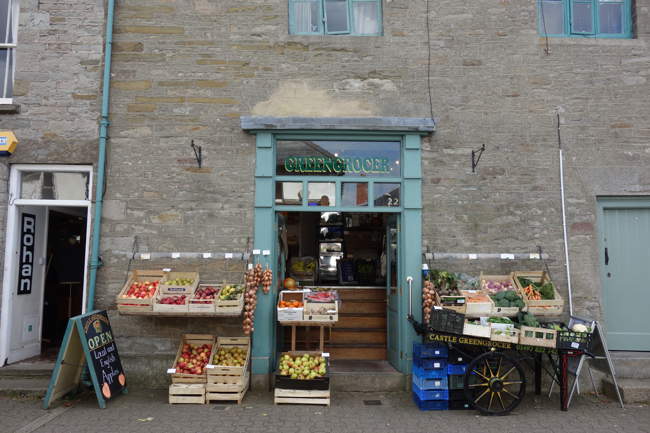 Hay even boasts its own cinema - known as the “Richard Booth’s Bookshop Cinema” - you’ll find it on Brook Street. 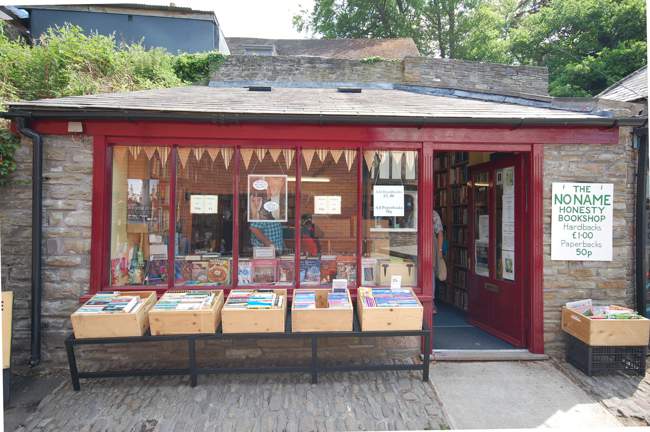 The cinema shows an eclectic range of films ranging from currently popular releases to more “arty” offerings from National Theatre Live and the Royal Opera House.  There’s something for most tastes, so it’s well worth checking out their current listings here:

Of course it’s the book shops that Hay is most famous for - but visitors will be delighted to discover that the town has more to offer than just books: 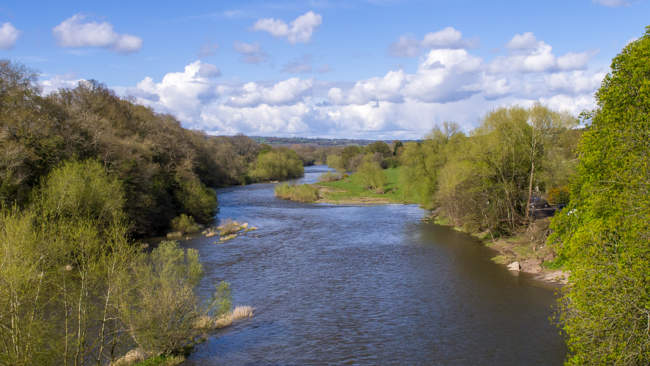 There are several excellent galleries in the town where you’ll find a wide range of quality artworks - watercolours and oils, woodcarvings and sculptures.

There’s also a growing number of antique shops, which are wonderful to browse around searching for that special piece that catches your eye.

A few shops, and the post office still observe half-day closing on Tuesdays, and close at mid-day.

Thursdays are market day - so you’ll find the Butter Market and area around the Town Clock are bustling with a variety of traditional market stalls from 8am.

Conveniently located near the Town Clock, and also at the Craft Centre near the main car park. 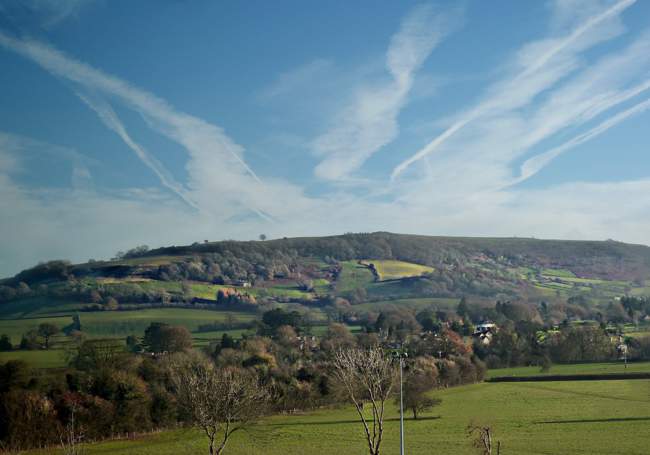 The toilets have been rescued from closure by the town council but now cost 20p to use - the days of “spending a penny” are sadly long gone!

Hay has its own Tourist Information Bureau near the main car park.  The knowledgable members of staff will be happy to help, and also have a range of leaflets on places to visit and things to do in Hay-on-Wye and the surrounding area.  They’ll also be happy to assist with accommodation. 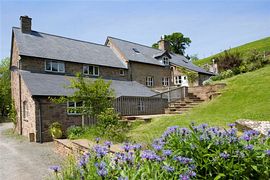 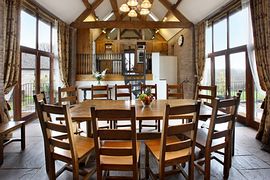 more self catering near Hay-on-Wye...

Days Out in Hay-on-Wye

Places to Visit near Hay-on-Wye