You are here:  Towns -> Places to Visit in Leicestershire -> Birstall

Birstall has become a major dormitory area for Leicester, but there are several examples of its earlier history in evidence.

The oldest part of the village has several examples of timber framed cottages, whilst the much restored St. James the Greater Parish Church includes the remains of Saxon sculpture in the south wall of its medieval nave. 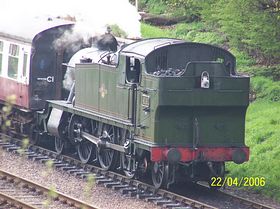 Days Out in Birstall

Places to Visit near Birstall