Dartmoor National Park was designated in 1951. Situated in the West Country, it is the largest and highest expanse of open country left in the south of England. The National Park covers an area of 368sq miles/953sq km, from Oakehampton in the north to Ivybridge in the south and Tavistock in the west to Bovey Tracey in the east. 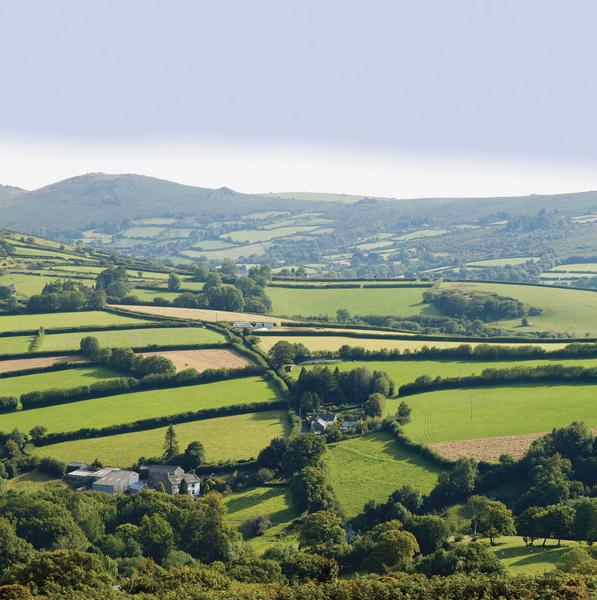 The name of Dartmoor National Park derives from two rivers, East and West Dart, they merge at Dartmeet near the centre of the National Park to form the River Dart. 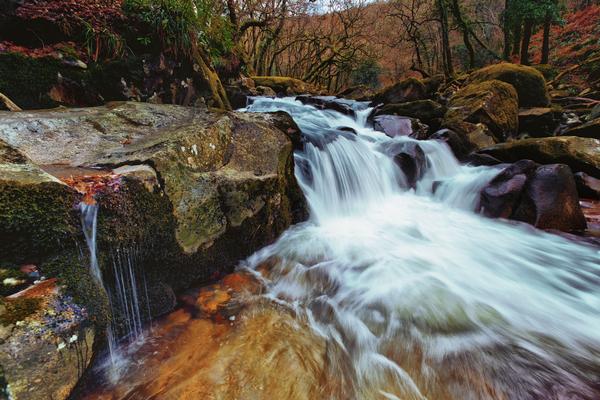 Much of Dartmoor National Park consists of a granite core, surrounded by limestone, shale and sandstone, the highest point rises to 2.039ft. 620m. at High Willhays.

Dartmoor is best known for the vast expanse of rugged, often bleak, mist shrouded boggy moorland and huge windswept tors (from the Celtic tower); over 160 rear up in the moorland landscape. 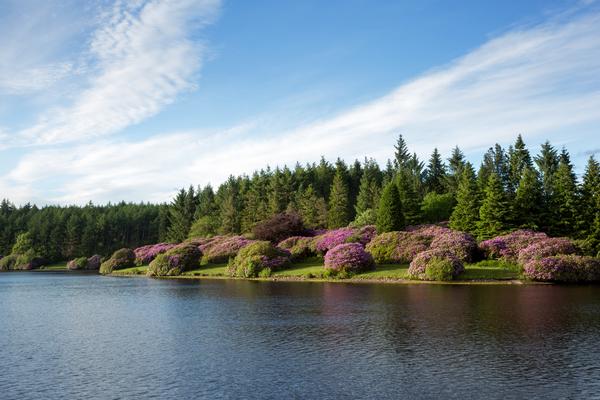 Cattle, sheep and the famous Dartmoor Ponies roam freely over the moorland. The public are requested not to feed the Ponies, as this encourages them to the roadside, putting them at risk. The Dartmoor National Park also contains the dense woodland of Dartmoor Forest, beautiful valleys (combes), and rich fertile farmland in the beautiful Devon countryside. 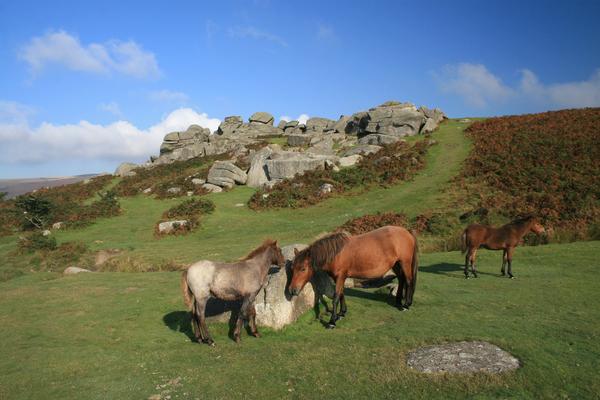 There are picturesque villages, busy market towns and some 600miles/966km of public rights of way. The evidence of man's occupation of Dartmoor for 5,000 years, can be seen in the many archaeological remains, such as hill-forts, hut circles and standing stones.

Dartmoor has been used for military training since the 1800s, and the Ministry of Defence have firing ranges in the north east of the park; the public have access when the ranges are not in use. The firing programme is broadcast on Radio Devon, published in local newspapers on Friday for the following week, and is also available at Tourist Information Centres, or on Freephone 0800 458 4868. 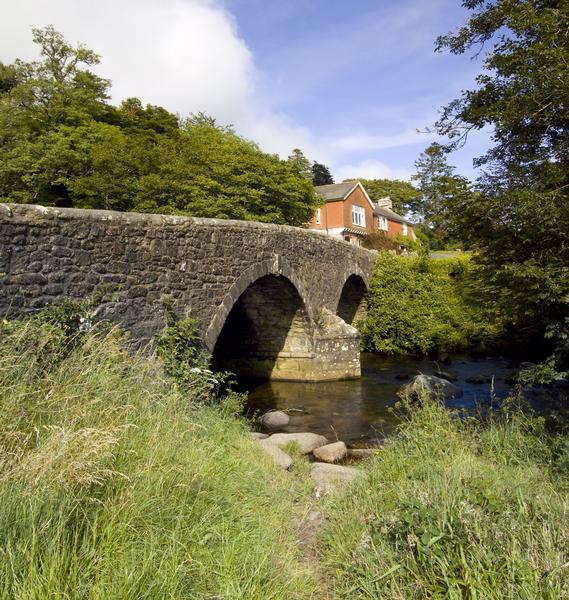 Bridge over the River Dart

At the centre of Dartmoor National Park are the High Moors. This is good walking, cycling and pony trekking country. The main Tourist Information Centre for the National Park is in Princetown. Close by is Dartmoor Prison, originally constructed for prisoners of war during the Napoleonic wars, now used as a high security prison. 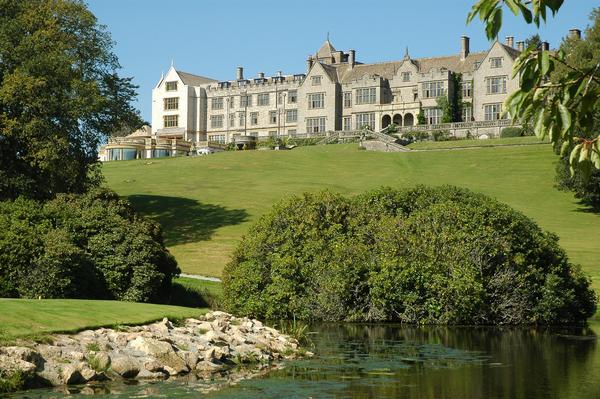 Postbridge is the site of the largest of Dartmoor's clapper bridges; these granite structures have been used by farmers and tin miners since medieval times. To the north east lies Grimspound, a Bronze Age village consisting of 24 circular huts; the finest example of Dartmoor's early settlements.

To the southwest is Hound Tor, an area rich in myths and legends and thought to be the inspiration of Sir Arthur Conan Doyle's novel "The Hound of the Baskervilles". To the north is the pretty village of Widecombe-in-the-Moor, which holds an annual fair in September, thought to be the birthplace of the folk song "Widecombe Fair". 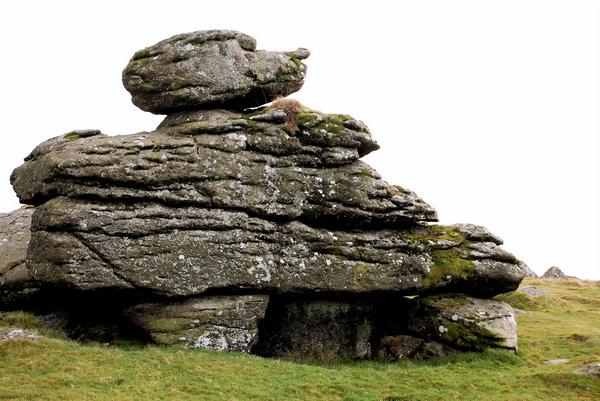 Visitors to Dartmoor National Park find there is something of interest for everyone. The park contains several protected National Nature Reserves and Wildlife Trust Reserves, a wealth of Historic buildings to discover, museums and galleries to visit and good sporting facilities, throughout the area. 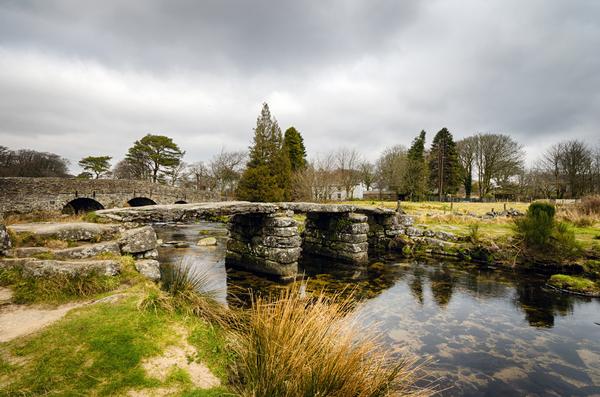 Clapper Bridge at Postbridge on Dartmoor

You can find more information on the Dartmoor National Park Website, or continue reading about other National Parks in the list at the bottom of the page. 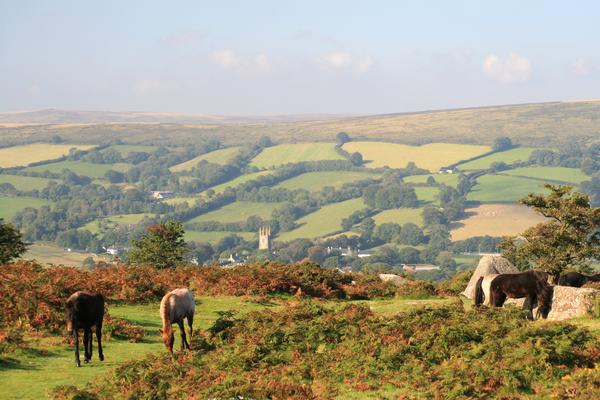 Wild ponies on Bonehill Down 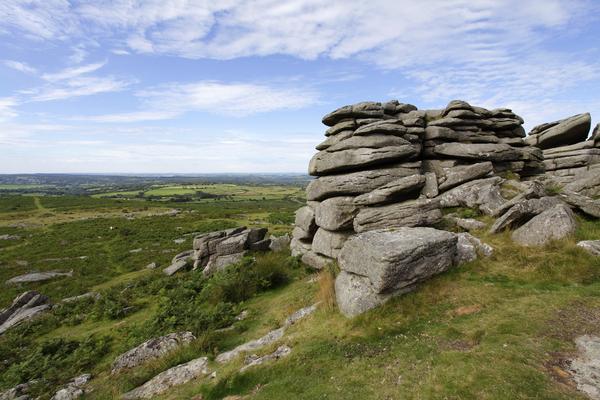