The Park covers approximately 1865 kilometres/ 720 square miles, from Balloch in the south to Killin in the north and Callander in the east to Strachur in the west. 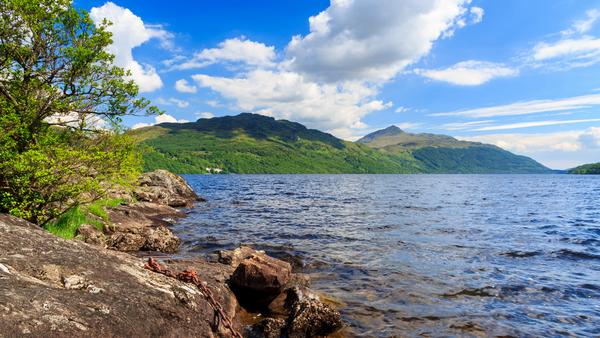 Thousands of tourists from home and abroad visit each year to enjoy some of Scotland's finest scenery. 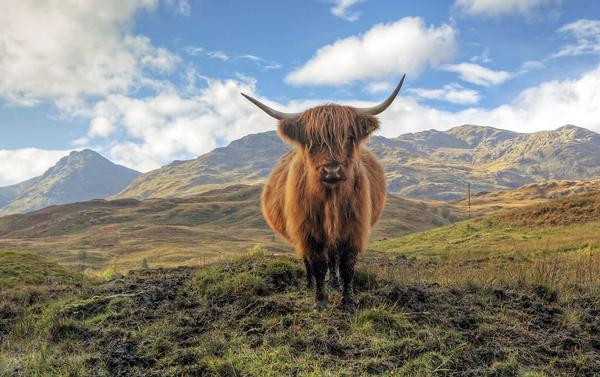 Loch Lomond and the Trossachs National Park is crossed by the Highland Boundary Fault, a break in the earth's crust which occurred millions of years ago.

This line defines the border between the Lowlands and Highlands of Scotland, creating the diversity of landscape within the Park.

This area includes the Loch itself, and Ben Lomond which at 3192 feet towers above the Loch and surrounding area. 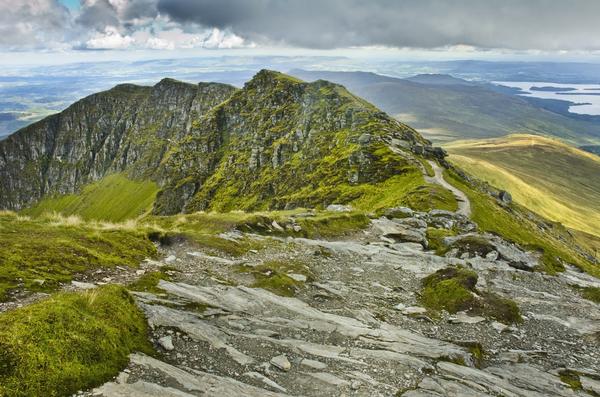 Loch Lomond is studded by over 30 islands, some are inhabited and can be visited by boat, on several are ruined Castles, Monasteries and ancient burial grounds.

Popular with watersport enthusiasts, the Loch is also an angler's dream, with its rich fish stock, of Trout and Salmon.

Walkers enjoy the scenery as they explore the 'bonny bonny banks'; there is always something of interest to see, with many species of bird life and around 25% of all native plant life recorded in the area.

This is the central section of the National Park, stretching from Callander in the east to Queen Elizabeth Forest Park in the west.

The scenery here is more varied and of a wilder nature, with tree-covered mountains, crags, glens, moorland and lochs of varying sizes.

The area is often referred to as 'the Highlands in miniature'. 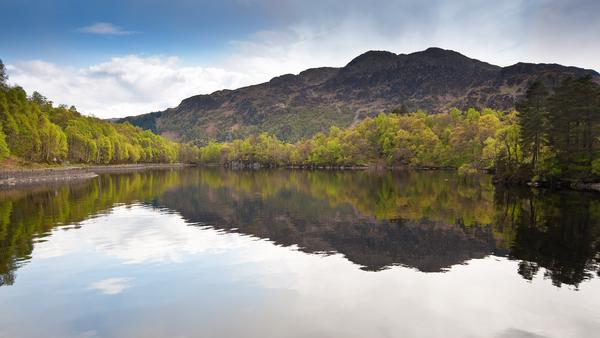 Sir Walter Scott's novel "Rob Roy" and his poem "The Lady of the Lake" (Loch Katrine), brought the Trossachs romantic appeal to the public's attention.

Visitors today have the opportunity to traverse this freshwater loch on the Victorian steamer, Sir Walter Scott.

This is the northern area of Loch Lomond and the Trossachs National Park. An area rich in history, the name Breadalbane is derived from the Celtic meaning 'high Albane' and is the land owned by Clan Campbell.

The Campbells were great castle builders, many of their ruins are spread across the width of Scotland. 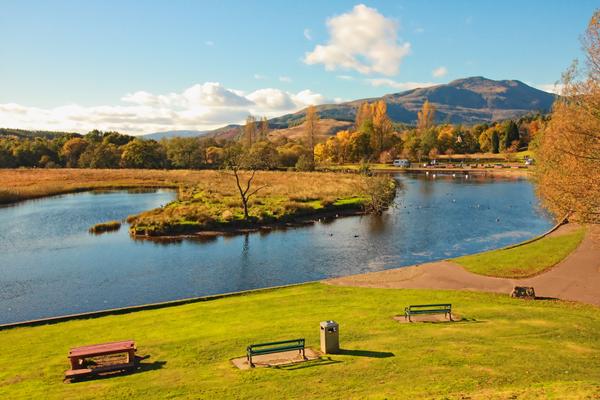 In 1891 Sir Hugh T. Munro, one of the founders of the Scottish Mountaineering Club, first published a list of peaks above 3000 feet, which he believed merited status as separate mountains.

The peaks have now been named in his honour - many of Scotland's finest Munros are to be found in Breadalbane, here too are some of the longest Glens in the country, with beautiful scenery.

This area in the west of the National Park contains many peninsulas, sea lochs and the mountains known as the Arrochar Alps.

The Argyll Forest Park, founded in 1936, stretches along the shores of Loch Long across the Cowal Peninsula towards Loch Fyne. The many lochs and streams in Argyll contain Salmon, Sea and Brown trout, which attract the fishing fraternity to the area.

The climate in Argyll is milder than that of the Highlands due to the Gulf Stream, and has long been a favourite destination for holiday makers. You can find more information on the Loch Lomond and the Trossachs National Park Website, or continue reading about other National Parks using the links at the bottom of the page. 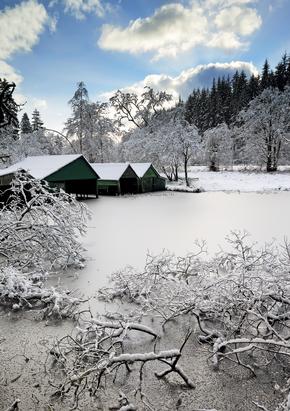 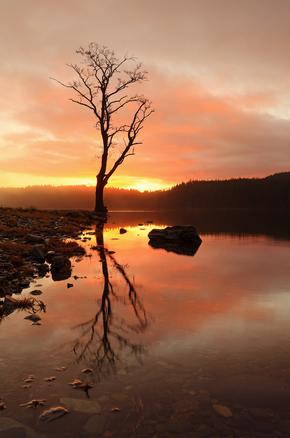 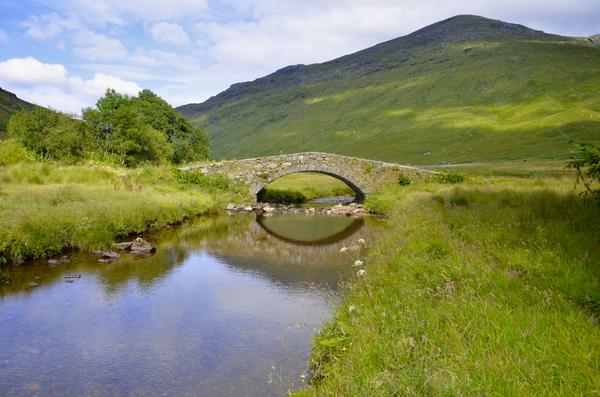 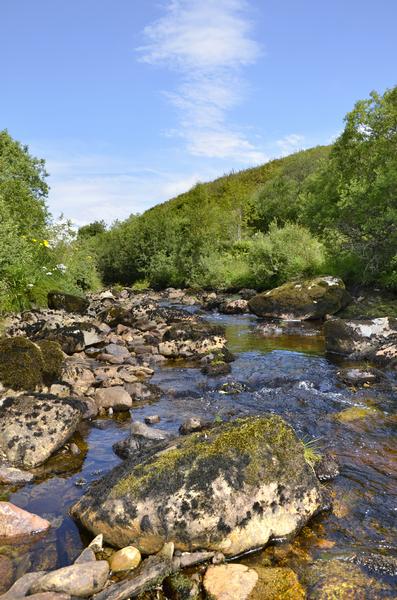