You are here:  Attractions -> Things to Do in Orkney -> Ring of Brodgar Stone Circle & Henge 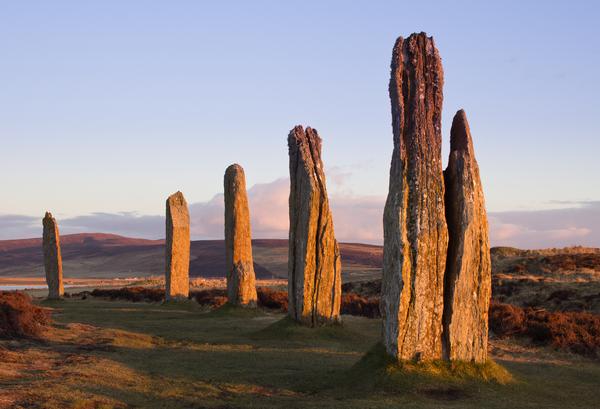 © Shutterstock / john braid
The ancient Ring of Brodgar is part of the UNESCO World Heritage Site which focuses on various neolithic sites on the Mainland of Orkney.

It was built between 2500 BC and 2000 BC, making it the last of the neolithic monuments to have been built in the area.

The Ring of Brodgar stands on a small isthmus with Loch Stenness on one side and Loch Harray on the other.

It is made up of a small circle of standing stones, with no stones or wooden structures inside the circle, although the area has yet to be thoroughly excavated to confirm this. 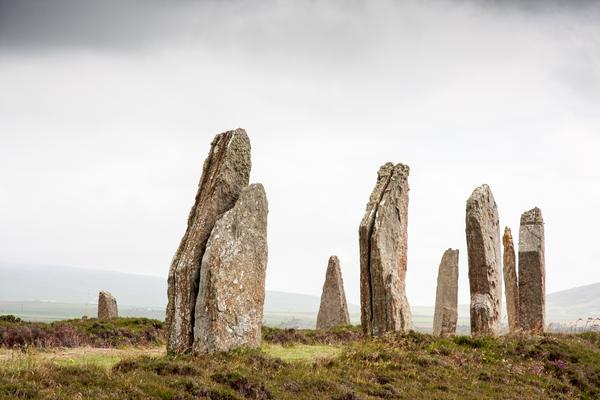 © Shutterstock / duchy
Brodgar consists of a henge (earthworks) and a stone circle which is a rare combination, found only here and at Avebury and Stonehenge. It is the northern most circle henge in Britain. 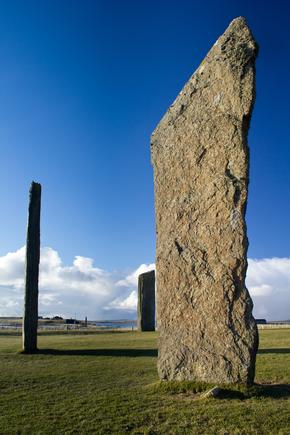 © Shutterstock / john braid
The circle of stones has a diameter of 341 feet and was made up of 60 stones, although only 27 now remain standing.

The stones vary in size and the largest ones are concentrated on the south and west side of the ring.

Four of the stones have symbols carved on them of a cross, an anvil and various runes. Some visitors claim to feel a special ambience inside the ring.

There are two entrance causeways across the ditch, which are diametrically opposite each other, facing north west and south east.

Several large stones indicate there may have been a ceremonial pathway from Brodgar to the Stones of Stenness.

A true henge is a circular area enclosed by an earthen bank and a ditch. It often contained a circle of stone or wood pillars. 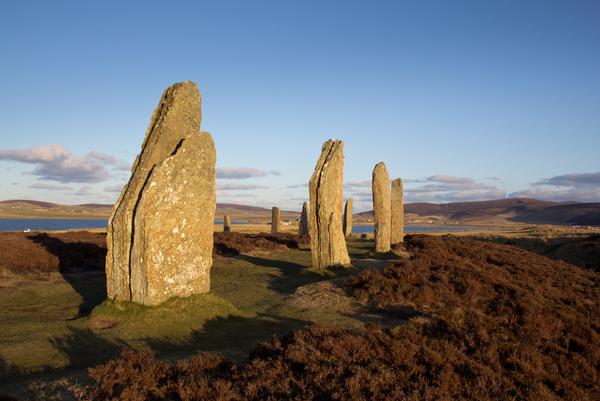 © Shutterstock / john braid
The stones at Brodgar Stone Circle are set in a circular ditch up to 10 feet deep, 30 feet wide and 1250 feet in circumference.

It was carved out of solid rock and although there is no sign of the bank of earth which may have surrounded it, historians still refer to the site as a henge.

Within two square miles of the Brodgar Stone Circle are a number of other Neolithic monuments which make it appear to have been a significant ritualistic site.

There are a total of two stone henges, groups of standing stones, single pillars, four chambered tombs and many other barrows and cairns.

A nearby flat-topped mound was probably built to observe the four major movements of the moon which are important to predict the moon's cycles. 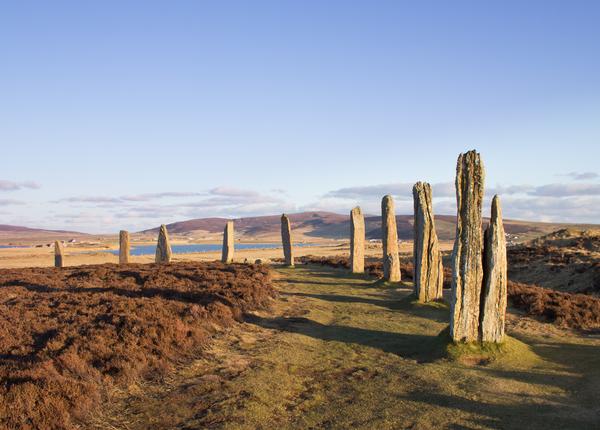 © Shutterstock / john braid
Many broken stone mace-heads and flint arrowheads have been found in the area dating back to the Bronze Age.

Excavations by Orkney College uncovered pottery, bones and the foundations of a stone wall which was up to 20 feet wide and 330 feet long.

It runs across the peninsula and may have separated the sacred area of these ritualistic buildings from the rest of the world.

The presence of so many interesting sites has led to the area being recognized by UNESCO as being of worldwide significance.

Days Out near Ring of Brodgar Stone Circle & Henge

Places to Visit near Ring of Brodgar Stone Circle & Henge