You are here:  Attractions -> Things to Do in Powys -> Newtown Textile Museum

Visitors to the Newtown Textile Museum have a chance to step into the lives of the handloom weavers of the mid 19th century.

The museum is housed in a former handloom weaving factory which dates from the 1830s.

The looms are located on the upper two floors above six small houses below.

This is typical of an early 19th-century weaving shop, although only a few now remain in Newtown. 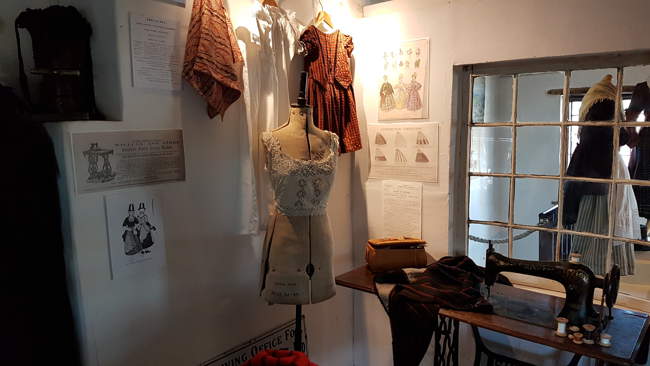 In the former houses, visitors will see exhibits covering Newtown's development into a centre of industry.

On the upper floors, the spinning wheels and looms illustrate the story of how cloth was created from fleece to flannel.

The museum also features information about related industries and tells the stories of local characters such as Pryce Jones who pioneered mail-order in the 1870s, with customers including Queen Victoria and Florence Nightingale. 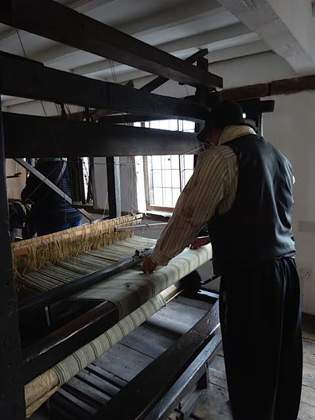 Visitors to the museum will also see exhibits of more modern wool crafts.

You may also see one of the expert demonstrations of spinning, weaving and quilt-making which run at intervals during the summer season.

Thanks to a recent grant, the museum now offers visitors the chance to try their hand at some of these crafts. 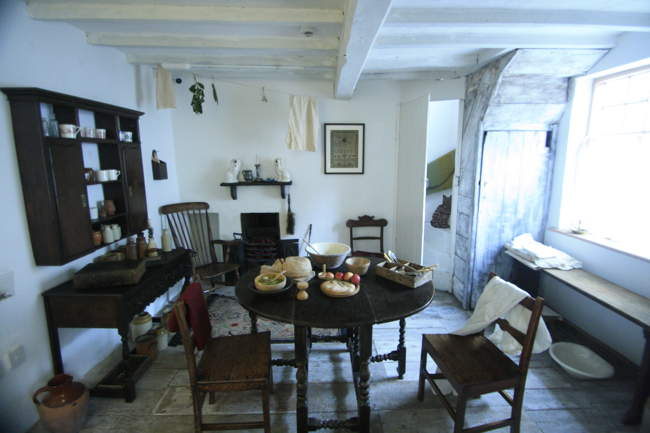 Newtown Textile Museum was established in the late 60s on the top two floors of the current building and didn't expand into the houses below until the 1990s.

Having been run by Powys Council for many years, it returned to being a charity in 2016 and is now run by local volunteers.

Days Out near Newtown Textile Museum