You are here:  Attractions -> Things to Do in Lothian -> Museum of Edinburgh 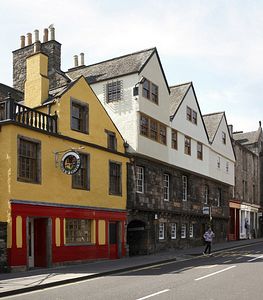 The Museum of Edinburgh traces the history of the capital from prehistoric times to the present day.

Archaeological discoveries from Cramond provide an insight into what life was like for the Roman forces occupying south east Scotland almost 2,000 years ago. One of the museum's treasures is the National Covenant, the great petition demanding religious freedom, signed by Scotland's Presbyterians in 1638.

Invasion and strife, however, are only part of the Edinburgh story. The museum includes displays illustrating life in the Old Town from the 17th - 19th centuries, and the development of the New Town from the 1760's. It also houses extensive collections of Edinburgh-made silver and glass, Scottish pottery and other decorative objects created by Edinburgh craftworkers down the centuries.

Few hearts remain untouched by the story of Greyfriars Bobby. Reputedly, the little Skye terrier maintained a fourteen-year-long vigil by the grave of his master in Greyfriars Kirkyard. The fidelity of the little dog won the affections of the people and the civic authorities presented him with his own feeding bowl and collar which, along with the original model for the statue in Candlemaker Row, are displayed in the museum. 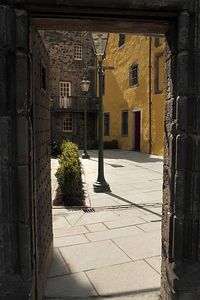 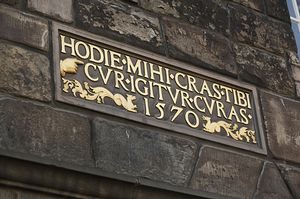 Days Out near Museum of Edinburgh

Places to Visit near Museum of Edinburgh