You are here:  Towns -> Places to Visit in Gloucestershire -> Tewkesbury

Things to do in Tewkesbury, Gloucestershire

Tewkesbury is a medieval gem famed for its timber framed buildings. An ancient settlement situated at the meeting of the rivers Avon and Severn, a delight for those seeking 'Olde England'.

Tewkesbury is renowned as having one of the best medieval townscapes in England with its fine half- timbered buildings, overhanging upper storeys and elaborately carved doorways. Growing pressure for land suitable for building led to developments of narrow alleys or courts, with houses built so close together on either side that the eaves nearly touched. Today about 30 alleyways remain adding to the unique charm of the town. You can take an alleyway walk and conjure up feelings of

Tewkesbury Abbey, built in the 12th century, has a fine Norman tower which dominates the town. The many choral activities, events and tours combine with the fascinating architecture to make an experience not easily forgotten. To the south of the Abbey are fields which, in 1471 saw the penultimate and most decisive battle in The Wars of the Roses, between the houses of York and Lancaster. A way marked route takes visitors around the battle trail. Tewkesbury offers its visitors a series of walks, trails and tours of the Abbey to bring history to life.

matters of the countryside, often brought to life through a series of live animal days. The Old Baptist Chapel is believed to be one of the oldest in England.

You can enjoy the bustling atmosphere on market days (Wednesdays and Saturdays), or browse in the speciality and antique shops. There are numerous inns, restaurants and tea shops, many with fascinating architecture.

Tewkesbury holds many festivals throughout the year, the Medieval Fayre and Battle Re-enactment. The Water Festival and Mop Fair bring the town alive with colour and entertainment. At Christmas the Festival of Lights brings the town alight with decorations which are stunningly displayed against the black and white architecture of the town. 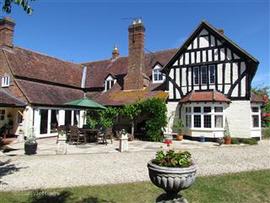 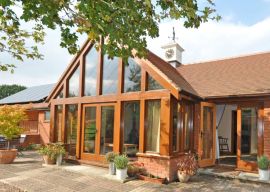 more self catering near Tewkesbury...

Days Out in Tewkesbury

Places to Visit near Tewkesbury