You are here:  Towns -> Places to Visit in Somerset -> Shapwick

Things to do in Shapwick, Somerset 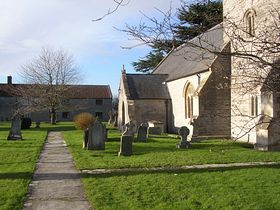 The A39 Trunk Road from Bridgwater to Glastonbury is Roman in origin but this part of Somerset was developed long before the Centurion Cohorts arrived. Just to the north of the road lies the small village of Shapwick - one of the most intensively examined archaeological sites in the British Isles. Shapwick is the home of ‘The Sweet Track', one of the World's oldest known structures consisting of a wooden causeway across the Somerset marshlands dating back 4000 years. Shapwick was also the site of Britain's largest ever find of Roman coinage, some 9,238 silver denarii found in 1998.

Since the mid 1990s the village has been under exhaustive examination by academics from the Universities of Bristol, Winchester and Durham led by Mick Aston, best known for his starring role in the BBC's ‘Time Team'. The ‘Shapwick Project' has tested the hypothesis that although seemingly a typical English village, Shapwick was actually a very early experiment in the forcible movement of labour for economic development and financial gain. It would seem that in the 10th Century the Monks of Glastonbury constructed a new village to be at the centre of their sheep rearing activities (Shapwick essentially means Sheep Farm) - a sort of Medieval Milton Keynes on the edge of the Somerset Levels. The layout of the village streets and surrounding field systems all indicate that Shapwick was a planned development rather than the result of gradual change.

Shapwick boasts not one but two fine, old, large houses. Shapwick House is an imposing Tudor Manor built in 1489 and substantially redeveloped in the 17th Century by Sir Henry Rolle, the Lord Chief Justice and Chancellor of the Exchequer. The Down House, now a school, was part of the Rectory estate and has a beautiful dovecote on the lawn. The Church of St Mary in Shapwick was constructed in the Early English style with a central tower built on 13th Century arches and contains memorials to both the Bull and Stangways families.

There is no war memorial in Shapwick but it was not until 2007 that research into the ‘Thankful Villages' of England (those rare Parishes where all who served in the Great War 0f 1914-1918 returned alive) revealed a local Somerset newspaper article from just after the Great War. This seemed to indicate that Shapwick was indeed one of the ‘Thankful Villages' and investigative work was undertaken to verify this fact.

A visit to St Mary's Church revealed the existence of two memorial plaques on the wall of the church. One was to the memory of a past Vicar of the parish, Colin Francis Montgomery, who died in 1906 at the early age of 38. Underneath this plaque is another, to 2nd Lieutenant Andrew Graham Montgomery of the Queen's Own Cameron Highlanders who was killed whilst on a night patrol at Arras on 6th September 1918, aged 19. This was the late Vicar's son, who must have been aged 7 when his father died and it would seem that the village, having lost no one in the hostilities, gave space in their Church to remember the young officer on a plaque placed next to that of his father.

Most vitally and adding very powerful weight to the contention that Shapwick is a ‘Thankful Village', a Roll of Honour of men from the Village who served their King and Country in the Great War was found. This list does not include 2nd Lieutenant Montgomery but bears the names of some 32 villagers which would make Shapwick the most numerically blessed of the ‘Thankful Villages' in Somerset. None of the names recorded on the Roll of Honour appear on any of the records of Service personnel killed during the 1914-1918 hostilities which would indicate that Shapwick, the most studied village in England, was actually the ‘Thankful Village' that history forgot. 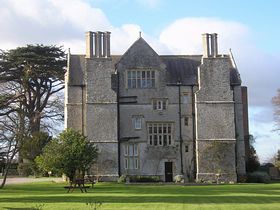 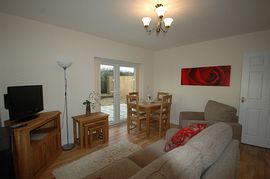 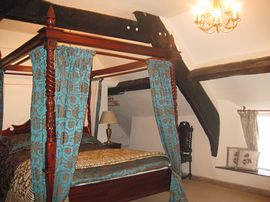 more self catering near Shapwick...

Places to Visit near Shapwick