You are here:  Towns -> Places to Visit in Dorset -> Piddletrenthide

Things to do in Piddletrenthide, Dorset 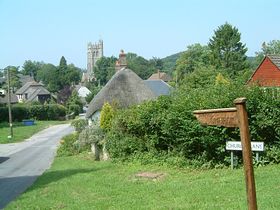 In the year 1002, Emma, the daughter of the Duke of Normandy, received, on her marriage to Ethelred (The Unready), land in the village of Piddletrenthide, in the valley of the River Piddle. From her Norman French connection and the area's assessment in the Domesday Book comes the village name: trent for 30; hide a measure of land; piddle a stream of clear water.

When Ethelred died, Emma promptly married King Canute and handed Piddletrenthide over to the Benedictine monastery at Winchester, which held it until the dissolution of the monasteries in the sixteenth century. It then passed into the ownership of Winchester College until the 1950s.

Piddletrenthide is a very long village, in Saxon times it was divided into three tithings, each with its own mill. The church and manor house is the upper tithing, another group of cottages form the middle, and the third includes the hamlet of White Lackington.

All Saints at Piddletrenthide is one of the finest village churches in Dorset, with a splendid 15th century tower and gruesome gargoyles under its battlements. The south doorway is Norman, so are the piers of the chancel arch. The colouring of the church exterior is one of its charms. The grey, yellow and browns in the walls contrast with the distant green of the downs.

Thomas Hardy, as an architect's assistant, worked on the church and may have taken the name for his novel "Tess of the D'Urbervilles" from the graves of the Dumberfield family in the churchyard.

Ogden Nash, the American poet and humorist, was inspired in the 1960s by an advert in Country Life to write a poem which begins:

Had I the shillings, pounds and pence,
I'd pull up stakes and hie me hence;
I'd buy that small mixed farm in Dorset
Which has an inglenook and faucet
Kiddles Farm,
Piddletrenthide,
In the valley of the River Piddle. 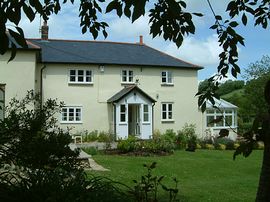 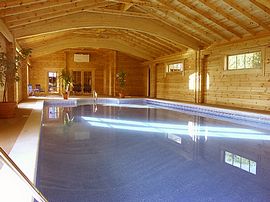 more self catering near Piddletrenthide...

Days Out in Piddletrenthide

Places to Visit near Piddletrenthide