You are here:  Towns -> Places to Visit in Dorset -> Dorchester

Things to do in Dorchester, Dorset 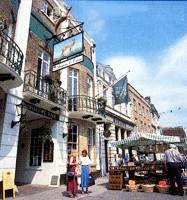 The county town of Dorchester has much to offer the visitor, with its bustling shopping precincts, elegant 18th century houses and vital cultural life.

Dorchester's history can be traced back to the Iron Age at Maiden Castle, when the Romans captured the site, they founded the town of Dorchester. Further evidence of Roman occupation can be found south of the town at Maumbury Rings, where the Romans built an amphitheatre capable of seating 10,000 people.

It was in Dorchester in 1685, Judge Jeffreys presided over the Bloody Assize, following Monmouth's defeat at Sedgemoor. In 1834, six agricultural workers now known as the Tolpuddle martyrs, were transported from Dorchester to Australia for their part in forming a trade union.

Today you can visit the Tolpuddle Martyrs Museum, which features a new multi-media interpretation, of their story. Other interesting museums in Dorchester are - The Tutankhamun Exhibition; the Dinosaur Museum and the new Teddy Bear House Museum.

At the Dorchester County Museum, you can see a reconstruction of the study of the local author Thomas Hardy, together with a collection of his manuscripts.

Thomas Hardy made Dorset his own, reviving ancient Wessex in a series of powerful contemporary novels. He was born in 1840 at Higher Brockhampton, near Dorchester. Later, after living for a while in London, he settled in Weymouth, working as architect and author. Eventually he moved to Max Gate, a house which he designed himself; and lived in Dorchester until his death in 1928. Today you can visit his cottage birthplace at Higher Brockhampton, and Max Gate in the town. Many of Thomas Hardy's works have been filmed in Dorchester, and the surrounding countryside of his beloved West Dorset. 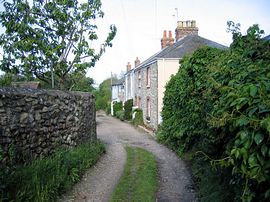 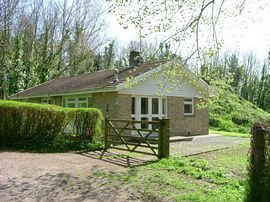 more self catering near Dorchester...