You are here:  Towns -> Places to Visit in Central Scotland -> Motherwell

Things to do in Motherwell, Central Scotland

Motherwell is a small town 15 miles south east of Glasgow on the east side of the Clyde Valley.

One of the earliest mentions of the town is on a late 16th century map of Lanarkshire where it appears as "Moderwelt". Earlier the Romans had visited the area and built a fort and bathhouse prior to the 4th century AD.

In the 1830s Motherwell was still a farming community. The railways arrived in 1833 and Motherwell became a junction station with a link to Glasgow. The excellent transport and communications links made it prime for the development of iron and steelworks.

For many years the skyline was etched with the outline of the cooling towers and water tower of the Coleville/Ravenscraig Steelworks which closed in 1992. The decline started with a steel strike in 1980 when major clients were lost. The closure of the Linwood car factory added to the decline in local employment.

Tata Steel Europe continues the 400 year old steel tradition in the town. After a time of high unemployment the town attracted new jobs at Strathclyde Business Park and at the William Grant Whisky Distillery.

The town also was the former home of Hurst Nelson, a major railway rolling stock builder that supplied trains for the London Underground as well as main line trains.

Motherwell is well located on the M74 motorway and on the banks of the River Clyde. The town currently has a population of around 30,000 people. It is the headquarters of the North Lanarkshire Council and the Strathclyde Police ‘N' Division.

The town has two railway stations including one which serves the West Coast Main Line from Glasgow to London.

The Brandon Shopping Centre is a pedestrianised area with many national stores. There is a post office, bakers, supermarkets, restaurants and many other local stores.

A plaque on Ladywell Road marks the site of an ancient holy well known as Mother's Well which gave the town its name.

Things to Do Around Motherwell

The Country Park is a popular place to visit in Motherwell.

The Motherwell Heritage Centre has an excellent display of the town's history back to Roman times. It is in an iconic building and has a fifth floor viewing tower which gives superb views of the town and beyond.

The Civic Centre regularly presents events, concerts and pantomimes in the large concert hall. It also hosts Masters Snooker in the centre.

Dalzell House overlooks the River Clyde and is a category A listed tower house built in the 15th century . It has a fine number of conical towers and wing extensions and the gardens are a listed attraction in their own right. The house is now a series of private apartments with Jacobean detailing and the estate grounds are owned by the council. 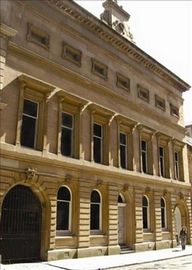 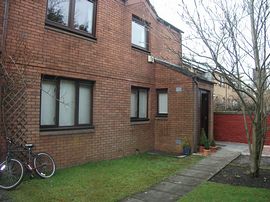 more self catering near Motherwell...

Days Out in Motherwell

Places to Visit near Motherwell