You are here:  Towns -> Places to Visit in Kent -> Eastchurch

Eastchurch on the Isle of Sheppey was itself once the home of the early pioneers of aviation. Lord Brabazon of Tara, holder of Pilot's Licence No.1, and the late Sir Winston Churchill were both taught to fly at the old Eastchurch aerodrome.

See the splendid stone memorial to early aviators directly opposite the church. Near the church stand the ruins of 16th century Shurland Hall where Henry VIII and Anne Boleyn spent their honeymoon. 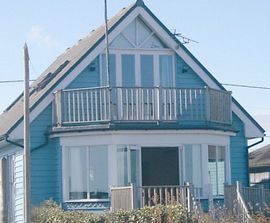 more self catering near Eastchurch...

Places to Visit near Eastchurch