You are here:  Towns -> Places to Visit in Somerset -> Cricket St. Thomas

Things to do in Cricket St. Thomas, Somerset

Cricket-St-Thomas is as delightfully Olde-English as its name suggests with a small community clustered around the quaint church. 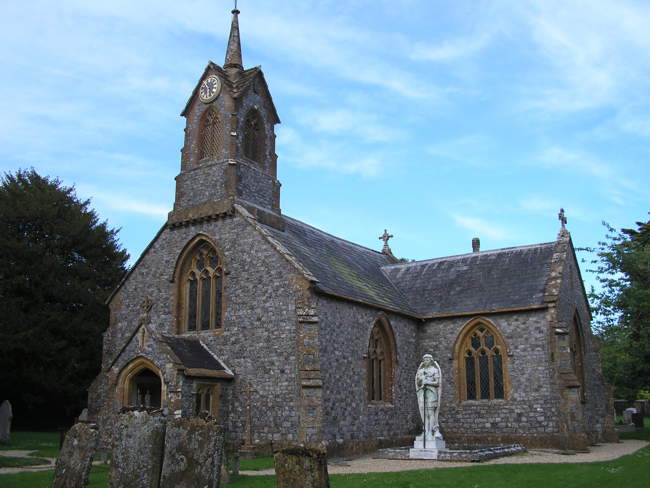 The local population of this Somerset parish was just 50 at the last count.

However, it is well known for its manor house and estate, now a hotel and gardens which are open to non-residents.

Things to do in Cricket-St-Thomas

Curious visitors to Cricket-St-Thomas should venture up the long driveway of Cricket House Hotel and take a look at the lovely old building, designed by Sir John Soane.

The house along with the pretty lodge with its gabled roof and gingerbread trim was the setting for the TV series To the Manor Born which starred Penelope Keith.

At that time the manor house was owned by the father-in-law of the scriptwriter, Peter Spence.

The grounds around the manor are now delightfully restored with tranquil lakes, beautiful formal gardens around the hotel and naturalized woodland glades for walking.

Non-residents can take afternoon tea at the Hamilton's Tea Rooms which overlook the gardens.

Documents from 1895 and 1919 were used to reinstate these lovely grounds to their original design.

The Grotto Water Garden is particularly lovely and was designed by Kate Gould who won a Gold Medal at the Chelsea Flower Show for her work.

A small train runs around the grounds offering visitors a leisurely ride through this delightful setting. 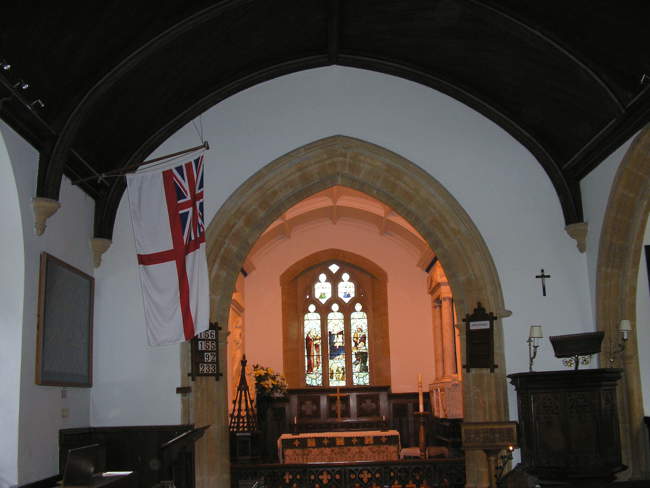 Visitors should take a stroll around the local church and graveyard. The original church probably had Saxon origins but this building dates back to 1819 and was built by the 2nd Baron Bridport, Samuel Hood.

The family is related to Horatio Nelson and within the church are some noteworthy family plaques and history.

Most interesting of all the family relics and marble plaques is the small piece of altar cloth used at the Coronation of Queen Elizabeth II, an unusual piece of royal history.

In the churchyard is a white marble monument of the Archangel Michael to mark the grave of Alexander Nelson Hood, 2nd First Viscount Bridport.

Locals tell how the eerie white marble figure scared more than a few of the villagers after dark and for a time it was laid flat!

The name Cricket-St-Thomas has nothing to do with the Englishman's sport, but it comes from the old Anglo-Saxon word "cruc" which means "ridge".

St Thomas is the saint to whom the local church is dedicated and was of medieval origins.

The village has come a long way since 1086 when it was valued in the Domesday Book at 100 shillings, and it had six villagers, two slaves, five small farms and various animals!

The grounds of the manor have had a chequered history. Designed in the 19th century by David Davis, a well-known horticulturist, they were developed into a wildlife park.

Noel Edmunds turned the grounds into a theme park for a while, known as Crinkly Bottom, but eventually, the venture reverted back to being a wildlife park. It is still operating as a small zoo amidst the established parkland and lakes. 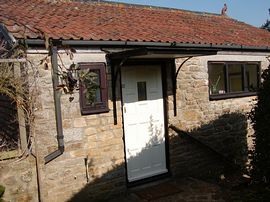 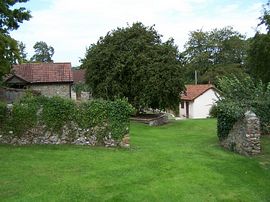 Days Out in Cricket St. Thomas