You are here:  Towns -> Places to Visit in Angus -> Arbroath

Things to do in Arbroath, Angus

For generations, Arbroath has earned its living from the sea.

The town remains an important fishing port but is equally well known for its unique place in Scottish history.

A long-established holiday resort, Arbroath continues to attract visitors from near and far.

Taking its name from the Brothock Burn, which also provided the power to drive the flax mills which sprung up along its banks, the

holiday resort of Arbroath is home to the famous abbey - its ruins still conspicuous on the town's skyline.

It was in this abbey that, in 1320, an event took place which is held dear in the hearts of many Scots.

It was here that the declaration of Arbroath, establishing Scotland's independence from England, was signed, witnessed by Robert the Bruce.

of destiny found a temporary home here; it is now housed within Edinburgh Castle.

A circular window in the Abbey, known as the round "O" of Arbroath, was lit up as a beacon for mariners.

The town still has a strong tradition of sea-faring and you can buy Arbroath smokies - whole haddock smoked over oak chips in tiny smokehouses as they have been for generations, around the

Safe bathing at Arbroath's West Links make it popular with families and the stretch of coast to the north-east is renowned for its caves, such as Dickmont's Den and the Forbidden Cave, as well as tales of smugglers.

Auchmithie to the north is a tiny fishing village perched unbelievably high on the cliffs, practically tumbling into the North Sea.

The village is said to be where the Smokie originated. 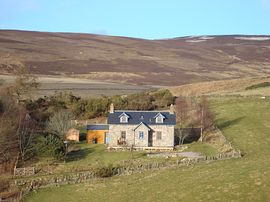 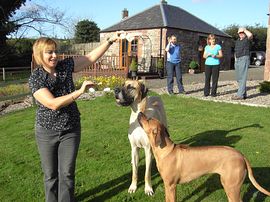 more self catering near Arbroath...

Days Out in Arbroath

Places to Visit near Arbroath