You are here:  Towns -> Places to Visit in Cumbria -> Ambleside

Things to do in Ambleside, Cumbria 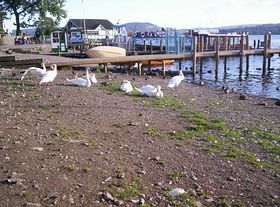 Ambleside lies at the heart of the Lake District National Park at the head of Lake Windermere, nestling under a crown of fells, Loughrigg, Fairfield and Wansfell.

Ambleside’s central location makes it an ideal spot from which to tour the Lake District, its position at the gateway of the Langdale Valley is a major centre for walkers, rock climbers and those seeking good routes for mountain biking.

The Romans built a fort at Borrans Park, named Galava to defend southern Lakeland from invading Scots and Picts, and to guard the road to the Roman port at Ravenglass.

Although Ambleside’s economy is derived mainly from tourism, it has also been associated with industry.

Charcoal was produced at Ambleside, which was used in smelting the iron ore of Furness and West Cumbria.

Timber works produced bobbins for the textile industry, machine tools were produced in Ambleside and quarrying and mining for slate and stone.

Quarrying is still taking place in the area for the local grey-green slate and stone, which make the local buildings so distinctive.

Bridge House is the one building unique to Ambleside, this tiny rough stone house stands on an arch over the river Stock Ghyll.

This quaint little building is now an information centre for the National Trust, which bought it by subscription in 1928.

The Old Stamp House, (now a solicitor’s office) was the poet William Wordsworth’s place of work in his capacity as Official Distributor of Stamps for Westmoreland.

This appointment was conferred on Wordsworth in 1812 and carried a salary of £300 pounds per annum.

The parish church of St. Mary the Virgin was built in 1854, Sir Gilbert Scott who designed the church gave it a handsome steeple, which towers above the rooftops of the houses, an unusual feature in the Lake District.

The church contains a fine marble reredos (altar back) and memorial windows to Wordsworth and his family, in the Wordsworth chapel.

A mural on the west wall by Gordon Ransom depicts the ancient Rush Bearing Ceremony.

The Rush Bearing ceremony, dating back to the Middle Ages, derives from the old custom of annually renewing the rushes, which were strewn on the church floor.

Today children bear rushes and flowers in a picturesque procession to St. Mary the Virgin Church.

The Rush Bearing Ceremony is held in Ambleside on the 1st Saturday in July. Ambleside is also famous for its annual sports and sheepdog trials, which are held on the 1st Monday in August.

At the Armitt Ambleside Museum on Rydal Road, you can explore the local history and take an interactive bird’s eye view of the Lakeland landscape through the magic of photographer Herbert Bell.

Many lovely walks can be taken from Ambleside, one not to be missed is the walk to Stockghyll Force, a beautiful waterfall set in woodland one mile to the east of the village.

The route starts behind the Salutation Hotel, which is in the centre of Ambleside.

At Waterhead pier, rowing boats can be hired, or you can take a trip on one of the launches which sail on Lake Windermere, stopping at Bowness-on-Windermere or journey the full length of the lake to Lakeside at the southern end. 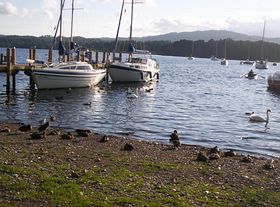 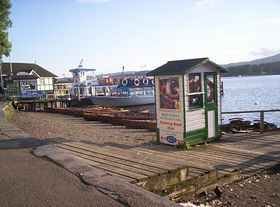 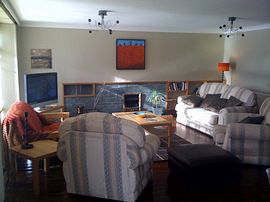 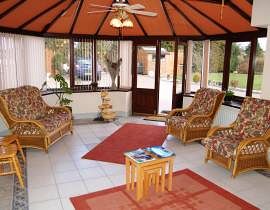 more self catering near Ambleside...

Days Out in Ambleside

Places to Visit near Ambleside