You are here:  Counties -> Things to do in Moray

The County of Moray is situated in the north east of Scotland on the shore of the Moray Firth - one of the important fishing areas of Scotland. Little towns and villages along the coast have sandy beaches, historic harbours and pleasant walks overlooking the Firth.

The Moray Firth is home to a population of Bottle-nosed Dolphins. On fine days groups may be seen along the coast. 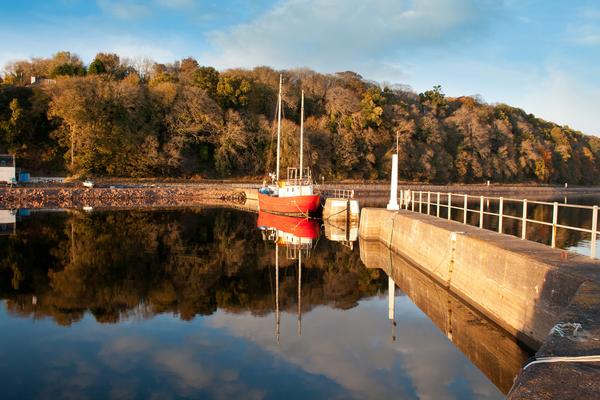 Inland the county is agricultural, with fertile valleys and low hills. The Rivers Spey, Lossie and Findhorn provide good fishing for salmon while grilse and trout can be caught in the lochs.

The fishing port of Cullen includes Seatown of Cullen, an old fishing settlement with colourful painted single storey cottages. The harbour was originally designed in 1736 by William Adam then rebuilt and extended in 1834. Once busy with herring fishing, it is now mainly used by pleasure craft. 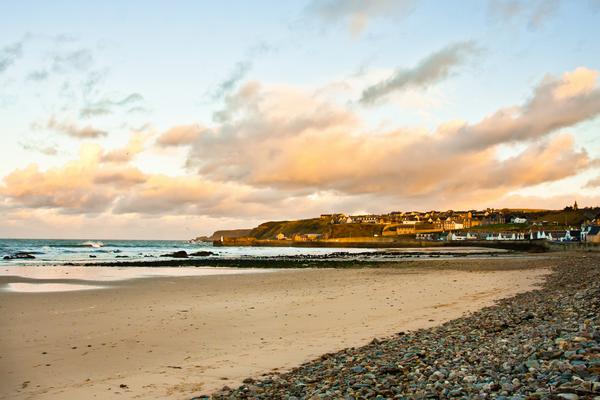 The Earl of Seafield commissioned a plan for a new town in 1811 and the New Town of Cullen was built on the hillside overlooking the old town and Cullen Bay. Thomas Telford built the pier in 1819. A distinctive feature of Cullen are the viaducts built by the Great North of Scotland Railway in 1886, bringing rail travellers to Cullen, which became a popular holiday destination. 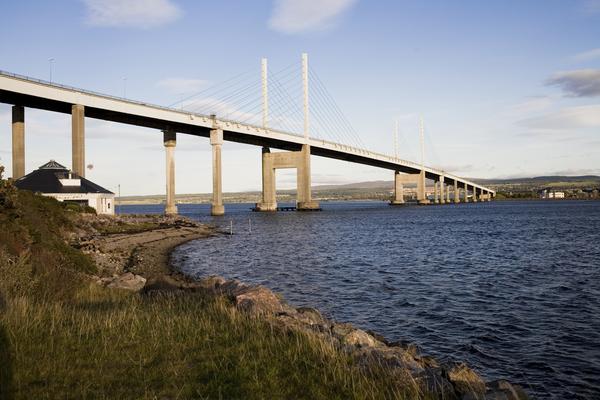 West of Cullen lies the attractive town of Buckie, renowned as one of the most important fishing ports in the north east of Scotland. Cluny harbour built in the late 1800s is still operational, here you can visit the Fish Market, which is open most days. 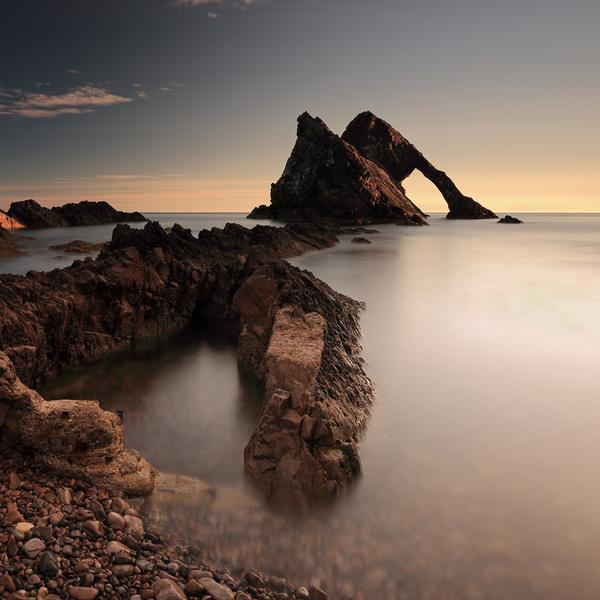 There is still a working shipyard in Buckie, which builds and repairs fishing vessels and other craft. The town developed from several tiny fishing villages, a new town being built in the late 1700s and early 1800s by the local lairds the Cluny family. 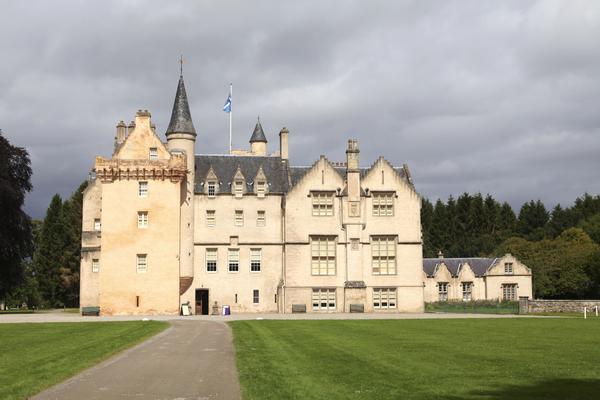 Lossiemouth situated at the mouth of the River Lossie, has a harbour, two fine sandy beaches, a yachting marina and golf course. Lossiemouth was the birthplace of Britain's first Labour Prime Minister Ramsay Macdonald (1866-1937).

West of the town is RAF Lossiemouth, home of Tornado aircraft. A few miles west is Gordonstoun School, where the Duke of Edinburgh and the Prince of Wales were pupils.

Moray Tourist Information Centre in Elgin High Street has maps, guides and helpful information on the County. Elgin is the administrative centre of Moray and is a fine city with attractive architecture. One of the most impressive is Thunderton House, visited by Bonny Prince Charlie in 1746 before the Battle of Culloden. 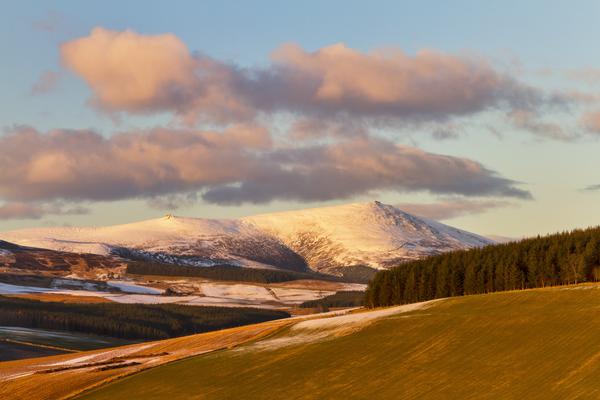 Among the city's attractions are Elgin Cathedral, one of Scotland's finest medieval buildings.
Elgin Museum houses important collections and displays on social history. It has changing exhibitions, workshops and courses.
Two miles north of Elgin is Spynie Palace, the ruins of the residence of the Bishops of Moray from the 14th century to 1686. 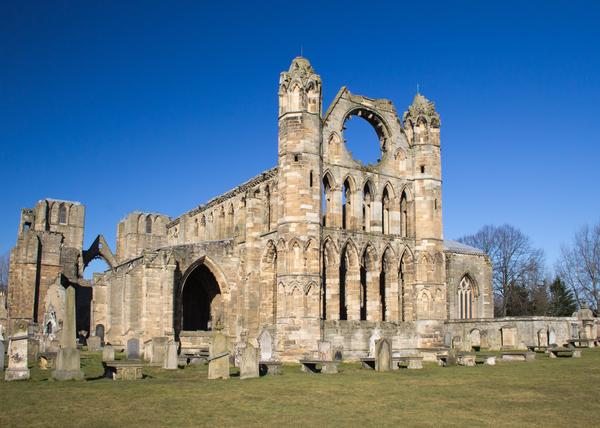 Inland, you'll find Forres, one of Scotland's oldest towns - it was mentioned in Shakespeare's "Macbeth". Forres was the main market town for the area and its prosperity shows in its many fine buildings. One of these is Falconer Museum which contains a wealth of Moray's heritage.

One mile south of Forres is Dallas Dhu Distillery. Now disused, but perfectly preserved, it is managed by Historic Scotland. Visitors have the unique opportunity to get close enough to appreciate the art of distilling, you can see a audio-visual presentation and enjoy a free 'dram'. 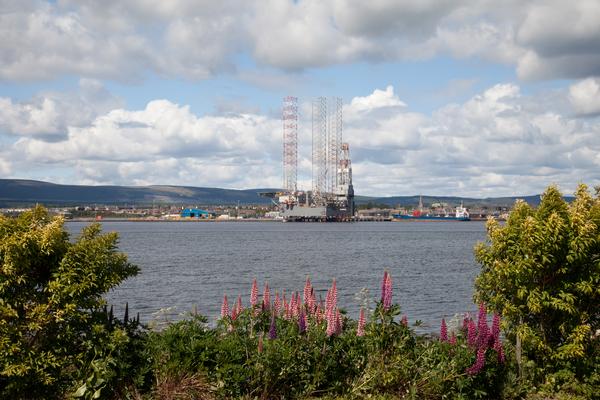 One mile to the east of Forres is Sueno's Stone, a 20 foot high Pictish cross-slab sandstone. It's one of the tallest surviving and richest examples of Pictish art in Scotland.

A few miles west of Forres is Brodie Castle, a 16th century tower house, set in lovely grounds. This is a treasure house, filled with fine art and antiques and well worth visiting. 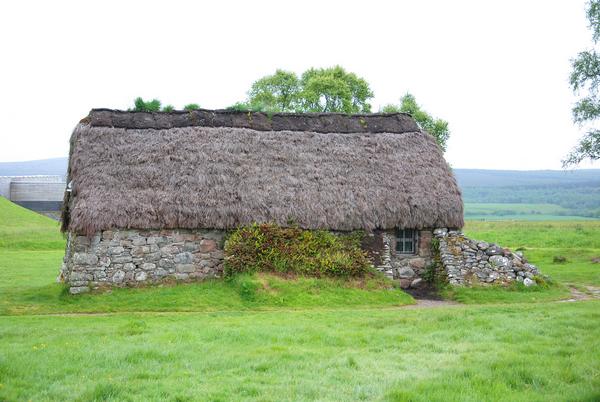 West of the River Spey, the town of Rothes lies 10 miles south of Elgin. Thanks to the proximity of the pure water flowing from nearby hills, Rothes is the home of several distilleries. The first was established in 1840 by James and John Grant. That was the Glen Grant Distillery. Today you can take a tour, drink a sample of Glen Grant in 'Major Grant's study' and enjoy a stroll in the woodland garden.

Dufftown is often described as the Malt Whisky Capital, the town is home to seven distilleries. Dufftown is a planned town, laid out in 1817 by James Duff fourth Earl of Fife. To the north of Dufftown is Balvenie Castle. Dating from the 13th century, it is one of the largest and best preserved castles in north Scotland. 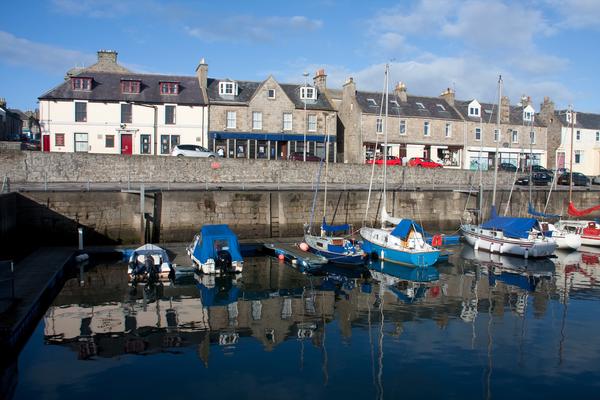 The 4th Duke of Gordon created the attractive village of Tomintoul in 1774, to bring together the tenants from settlements across his estate. The village is the highest in the highlands, standing at 354m/1160 feet on the fringe of the Cairngorm Mountains and is a popular destination, close to the ski centre at the Lecht, south east of the village.

Tomintoul is on the Malt Whisky Trail, with its own distillery six miles north of the village. The famous Glenlivet distillery is close by and offers tours and visitor facilities from April to October.

Days out in Moray


Places to Visit in Moray