You are here:  Counties -> Things to do in Angus

The county of Angus is situated in north east Scotland. It's a county of contrasts with a maritime coastline to the north sea complementing some of the best agricultural land in Scotland.

The lovely Strathmore valley lies inland, while the Glens of Angus lie to the north, offer opportunities 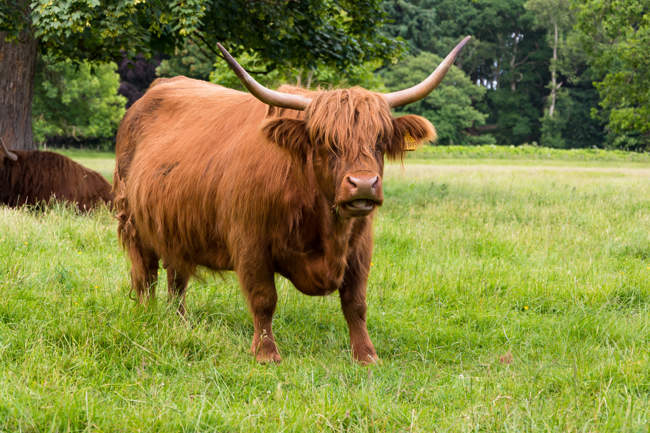 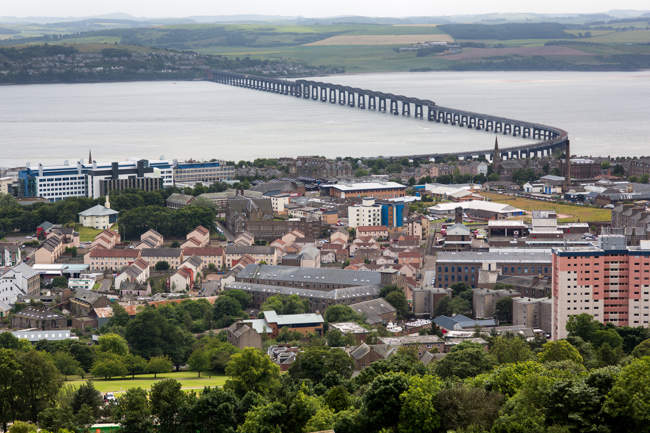 Visitors to Angus often begin with Scotland's fourth largest city Dundee, whose history can be traced back to the 13th century. 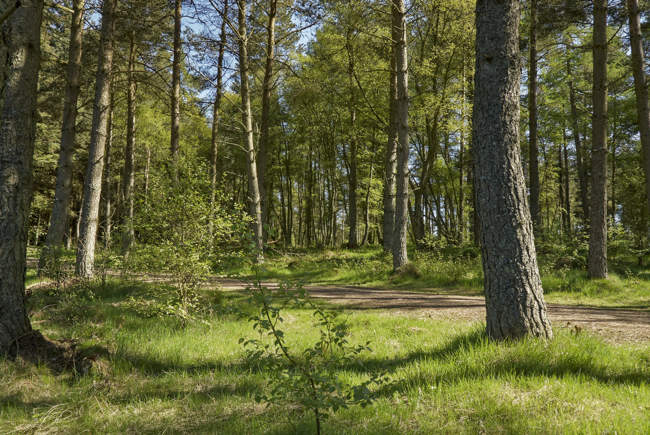 Crombie Park near Dundee in Angus

Among the many attractions in Dundee are McManus Museum and Art Gallery, in Albert Square and the Verdant Works which tells the story of the jute industry and offers an insight into the lives of the people who lived and worked in the industry. 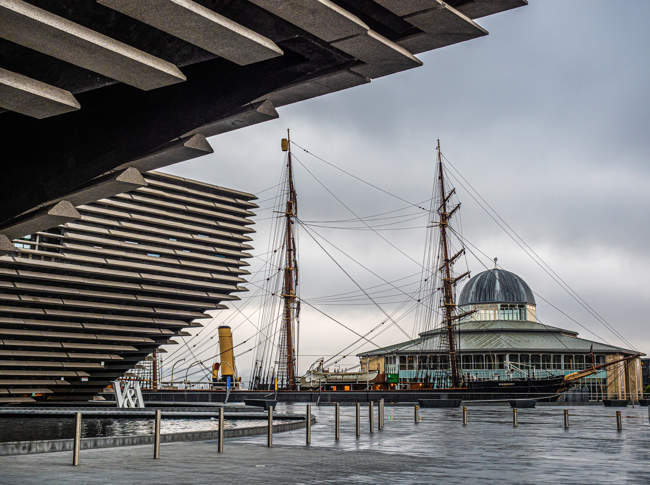 RRS Discovery and the V&A in Dundee

An attraction unique to Dundee is Discovery Point - home of Captain Scott's RRS Discovery. This is the actual ship that Scott sailed in on his Antarctic journey.

Camperdown Country Park lies a short distance from the city, and offers activities for all the family to enjoy.

The maritime coast of Angus is well worth exploring, with its beautiful long beaches, golf courses, and spectacular seascapes.

Broughty Ferry is to be found just to the north of the city. 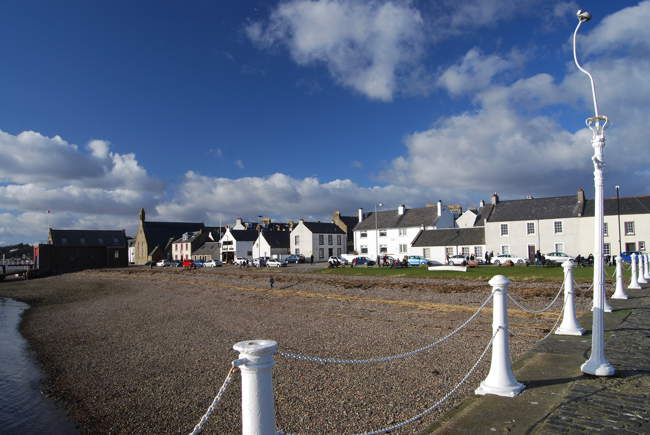 Originally a fishing village, the town developed as a dormitory for Dundee over the years and is today a popular resort town.

The 15th century Fort is now Broughty Castle Museum, specialising in the history of whaling. 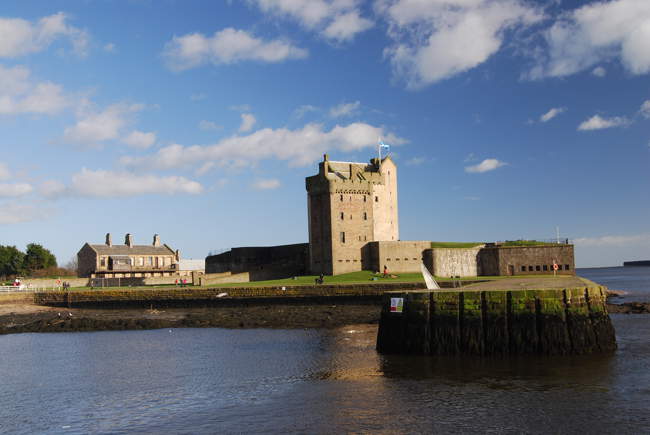 A few miles inland is Moniki Country Park with woodland, parkland and reservoirs providing the opportunity for water sports. 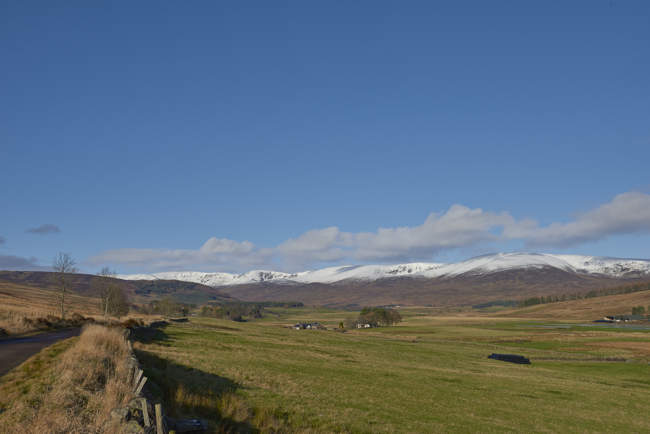 The snow covered Hills of the Angus Glens in Glen Clova

Carnoustie is one of the great golfing locations in Britain, boasting no less than four golf courses. 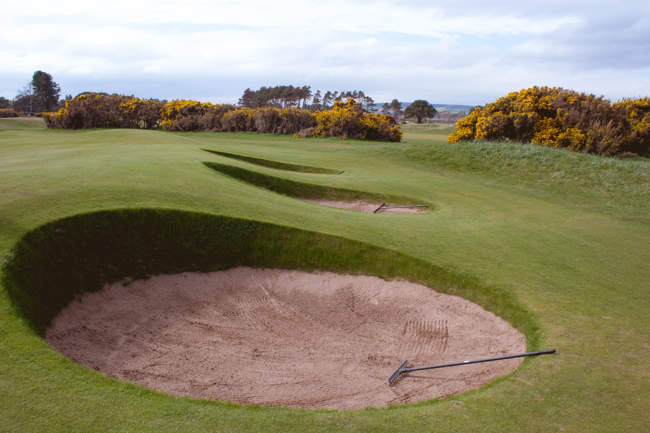 Sailing, windsurfing and fishing can all be enjoyed in the sweeping bay, with its fine views across the Tay estuary to the Kingdom of Fife.

Two miles west of Carnoustie is Barry Mill - an early 19th century working mill where you can still see grain being ground. 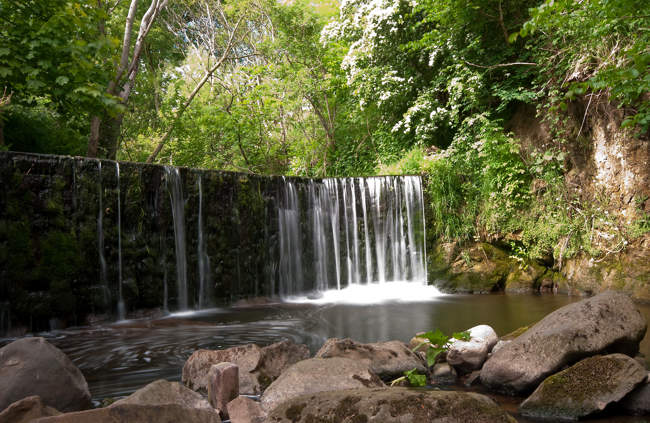 There is a pleasant walk following the mill lade, through an orchard where you can picnic. 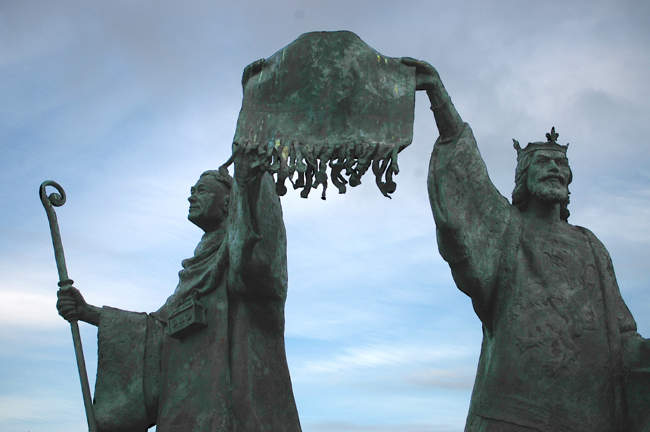 It was in the historic town of Arbroath at Arbroath Abbey that the Declaration of Arbroath was signed in 1320, asserting Scotland's independence from England.

Arbroath has had a busy harbour since the 14th century. It is the home of the 'Arbroath Smokie' - Herrings smoked over oak wood chips - which can be purchased at local smoke houses and fishmongers in the town. 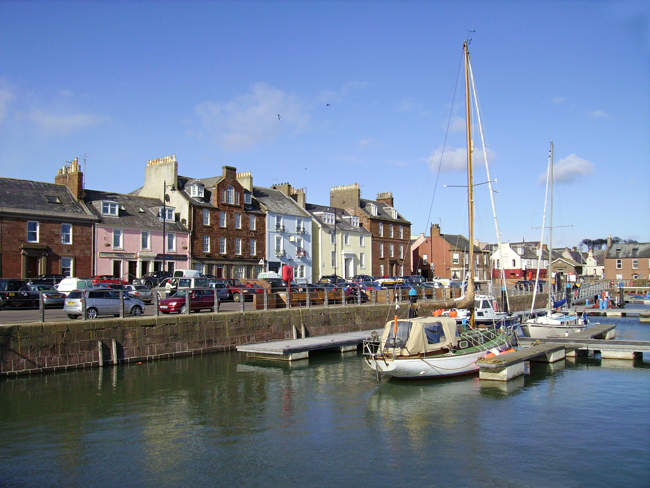 Arbroath is popular with holidaymakers who can enjoy the beach on the West links. In West Links Park, Kerr's Miniature Railway is the oldest in Scotland. 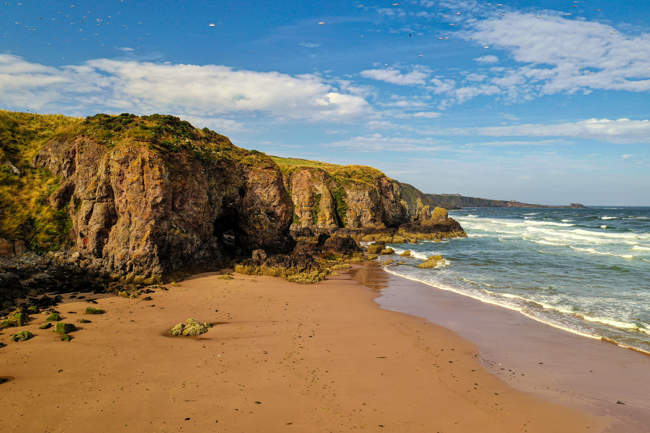 Overlooking this beautiful bay is the ruins of Red Castle, a 13th century fortification of King William the Lion.

The beach, which is popular with wind surfers, can be accessed from a car park behind the surrounding dunes.

The Royal Burgh of Montrose, situated between the Rivers North and South Esk, is the most northerly of the coastal towns in Angus. 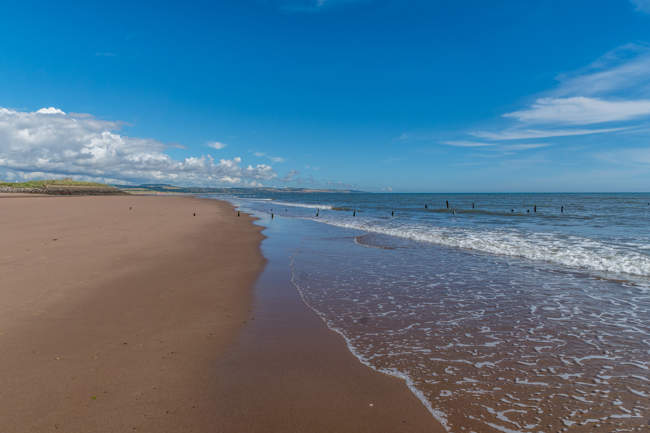 The steeple of the Old Church towers 220ft above the town and is a landmark for miles around. The attractive, wide high street with its many 18th century buildings, is a good shopping centre.

Visitors come to Montrose to play golf on its excellent golf course and to enjoy its beautiful sandy beach. 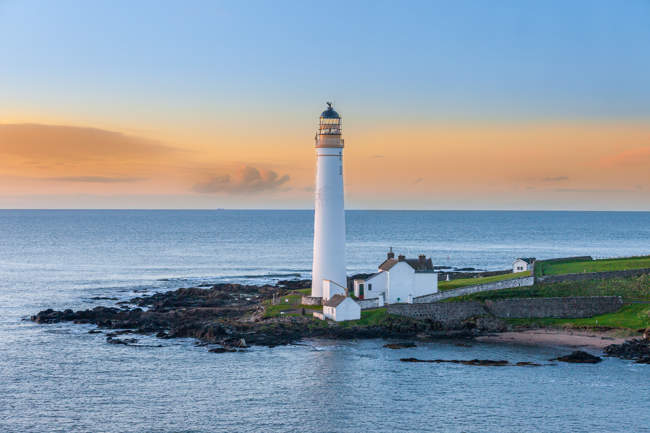 Curving round the wide bay, the beach is dominated at the southern end by the 120ft high Scurdie Ness lighthouse, built in 1870 to the design of David and Thomas Stevenson. Climb the 170 steps to the top and you will be rewarded by far reaching views of the coastline. 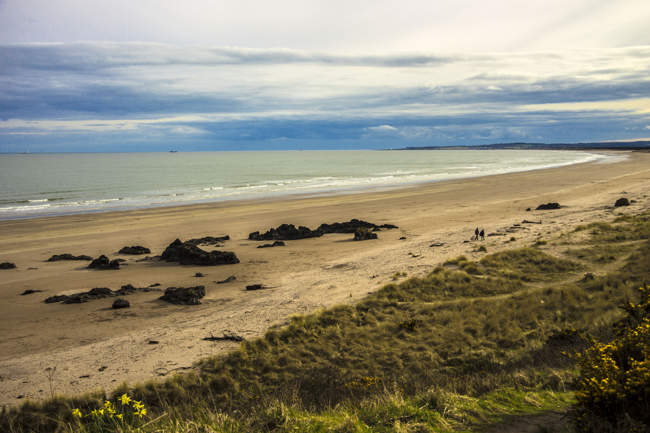 Montrose Museum on Panmure Place is one of the oldest in Scotland and holds an interesting collection of exhibits.

Just south of the town is an attraction unique to Montrose - the Montrose Basin Wildlife Nature Reserve and Visitor Centre.

Montrose Basin is an enclosed estuary of the River South Esk and an internationally important wildlife sanctuary.

Eider ducks feeding on mussels can be seen all year round. In winter, pink-footed geese roost on the mud flats.

There are three hides on site and the visitor centre has interactive displays for all ages. 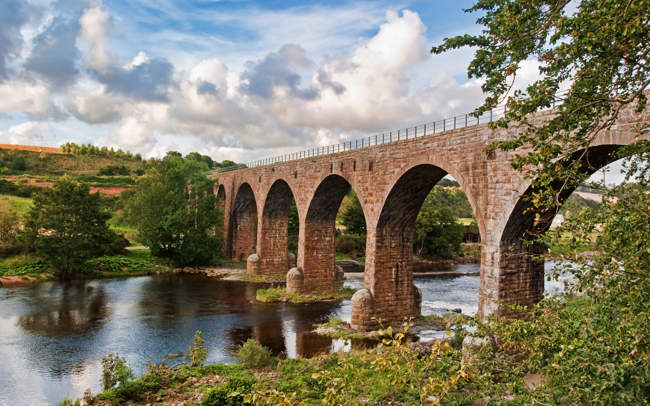 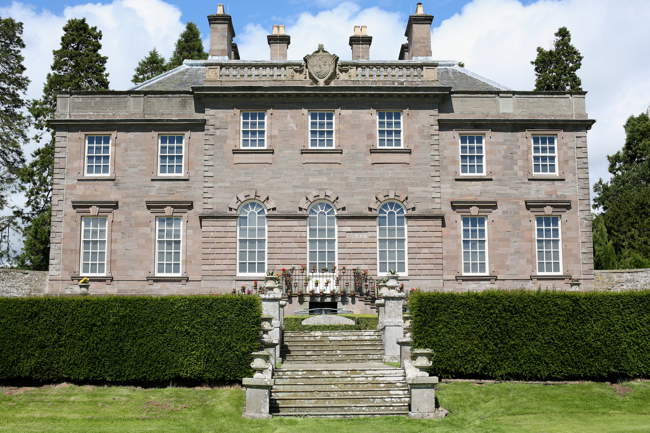 This classic Georgian house was designed by William Adam and completed in 1730. The beautiful interior contains fine collections of 18th century furniture, porcelain and paintings.

Inland, Brechin, is worth visiting, not least to see the interior of its Cathedral. 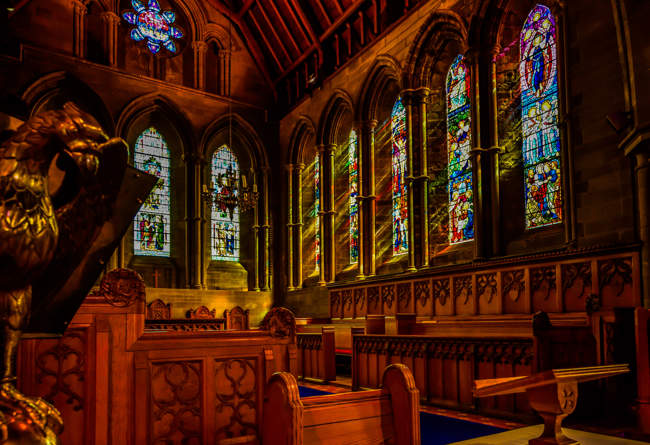 This features a wonderful collection of stained glass windows, some of which were designed by the William Morris factory. 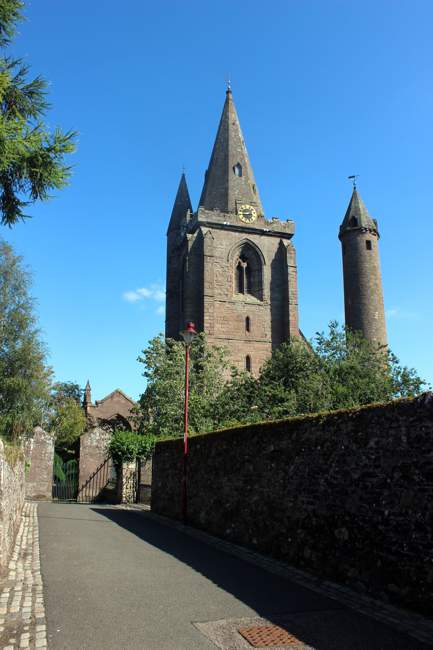 Looking east along Chanonry Wynd towards Brechin Cathedral and round tower

The 87ft round tower beside the cathedral dates from the 11th century and is one of only two such towers on the Scottish mainland.

The Countryside Park at Brechin Castle Centre is home to Pictavia which tells of the times when the Picts populated the area.

On Sundays during the summer, the Caledonian Railway run trips from Brechin to Bridge of Dun.

North east of Brechin is the delightful little town of Edzell, situated on the River North Esk. It is a popular centre with fisherman and is the gateway to the Glens Lethnot and Esk.

Edzell has an 18 hole golf course, a driving range and a golf academy. 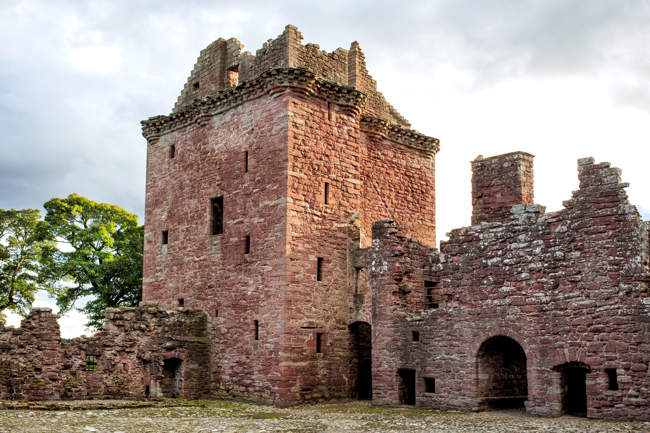 Nearby, you'll find Edzell Castle and Garden. A 16th century tower remains here, but the main feature is now the interesting walled garden.

[In the Vale of Strathmore is the Royal Burgh of Forfar. The administrative centre of Angus, Forfar has an ancient history. 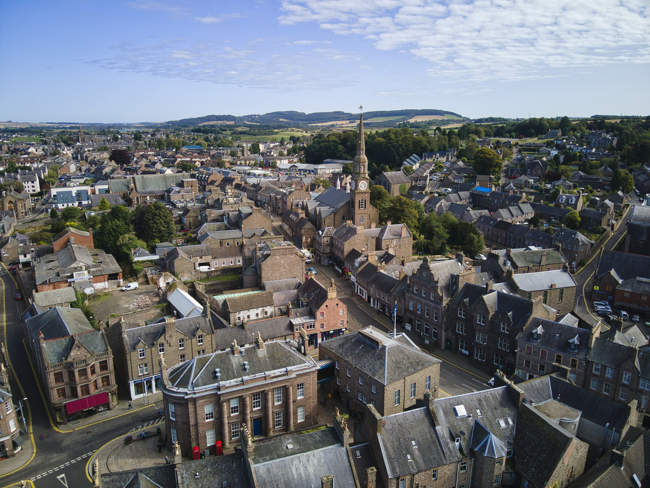 The Meffan Gallery and Museum in the High Street illustrates the town's history, art and industry.

While you're in Forfar, why not sample one of Angus's specialities - the Forfar Bridie - minced meat and onions encased in a delicious pastry case.

Five miles north west is the attractive little town of Kirriemuir, gateway to the Glens Isla, Prosen and Clova. 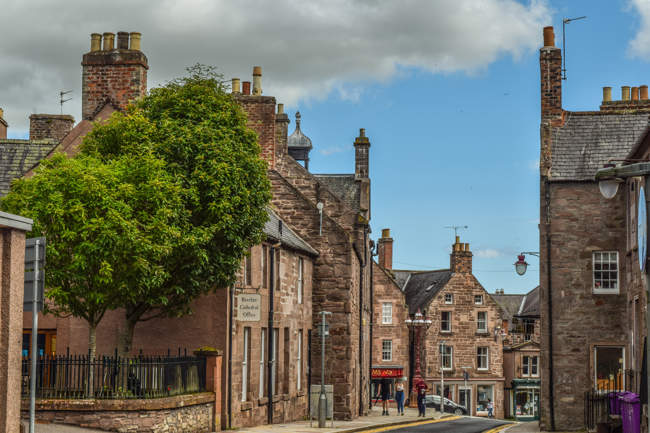 Kirriemuir was the birthplace of J.M. Barrie, author of 'Peter Pan'. Barrie's Birthplace, in the care of the National Trust for Scotland, is open to the public from Easter to September.

J.M. Barrie's gift to Kirriemuir was the Camera Obscura on Kirri Hill.

One of only three in the country, from the top there are wonderful views of the surrounding countryside.

West of the town is the RSPB Loch Kinnordy Nature Reserve, where wading birds, ospreys and black necked grebes visit. 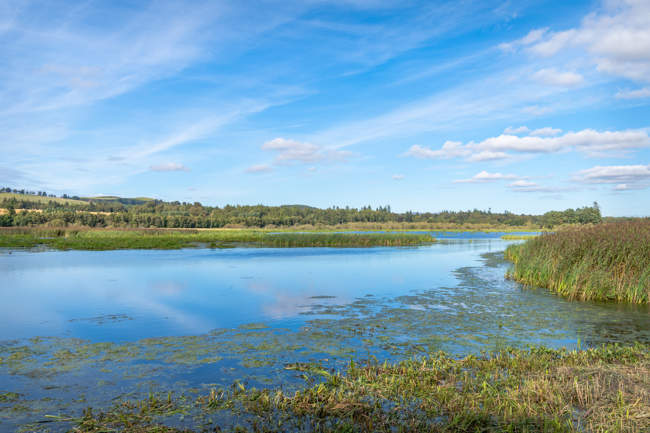 In the spring and summer, in winter the reserve is full of wildfowl.

South of Kirriemuir is the village of Glamis - home of the Angus Folk Museum. 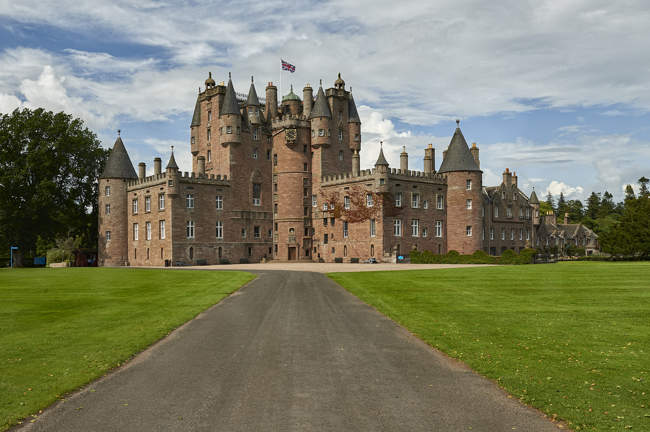 Glamis Castle lies nearby and is well worth a visit. It has been the ancestral home of the Earls of Strathmore since 1372, and was the childhood home of the late Queen Elizabeth the Queen Mother.


Days out in Angus


Places to Visit in Angus