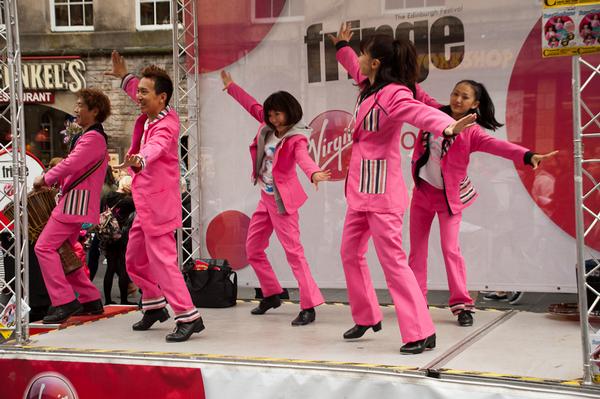 The Edinburgh Festival Fringe is reknowned the world over for creativity, experimentation and energy, with more than a third of all shows being world premieres.

Officially planet Earth's largest arts festival, the Fringe is one of those must-do events for both up-and-coming and established artists. 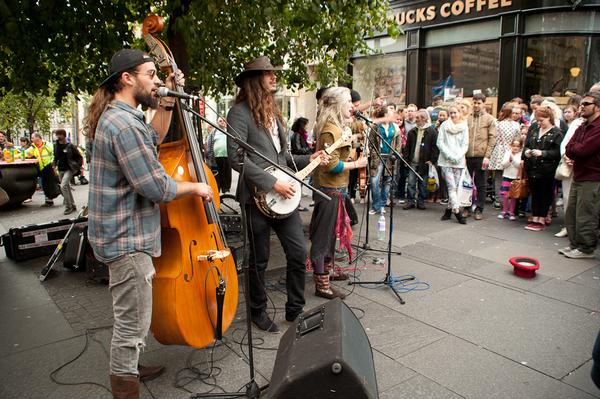 Musicians and appreciative audience on the Royal Mile © AboutBritain.com

It seems everyone who's anyone (as well as a few who remain resolutely no-one) has played the Fringe.

The names read like a who's who of performance art: 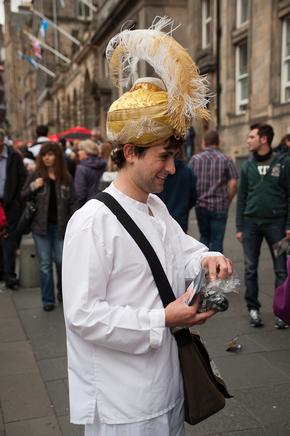 Performers hand out flyers for their shows 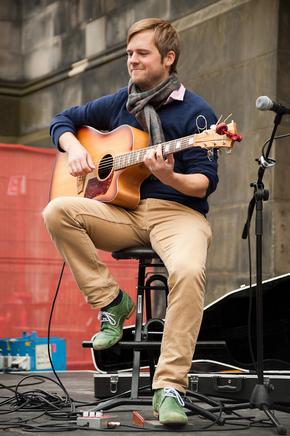 Guitarist on the Royal Mile

...number just a tiny percentage of the vast number of A list names to have appeared at The Fringe. However, part of the depth of appeal of the Fringe is that there are so many first class acts to be found in nearly 300 venues across the city.

Great as it is to see an iconic figure first hand, with over 3,000 shows to choose from throughout August each year, you'll be spoiled for choice when it comes to finding exactly the kind of entertainment you're after. 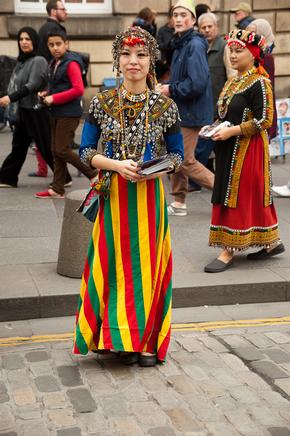 Many traditional costumes on display at the Fringe 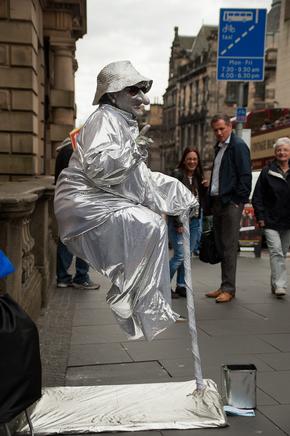 With Theatre and Comedy making up 62% of the offering, it is often these two for which the Fringe is best known. Highly prestigious awards like the Foster's Edinburgh Comedy Awards are offered here, and can make careers virtually overnight. 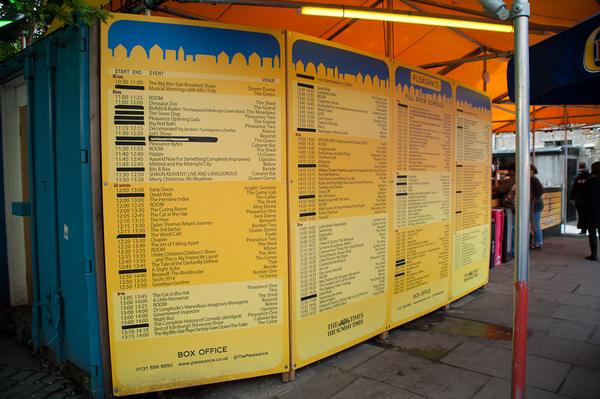 All of the shows for one day at the Pleasance venue © AboutBritain.com

Theatre and Comedy aside, the spread of offering is truly eclectic with the line up additionally including: 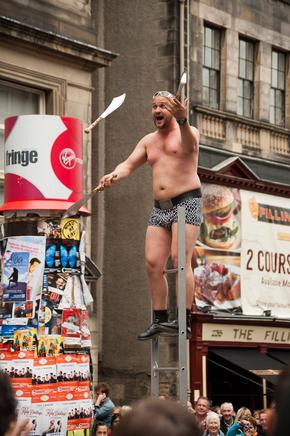 Knife Juggling at the top of a large ladder! 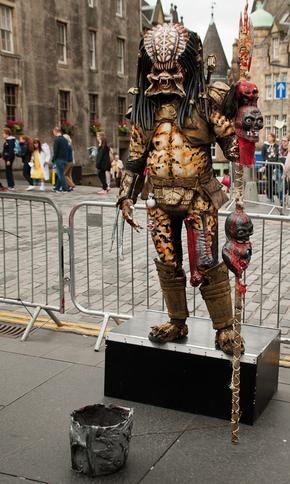 Strange Monster on the Royal Mile

There were an amazing 3,398 different Fringe shows on offer in 2017, at more than 300 different venues. Always at the forefront of current trends, the Edinburgh Festival Fringe has fully embraced web technology with a state of the art online ticketing system. 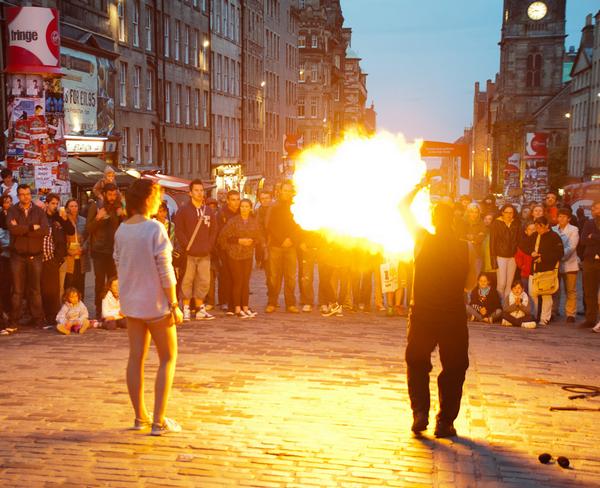 Such is the size and popularity of the Edinburgh Festival Fringe that if you are planning a trip either to take part or as an audience member, you're well advised to book your accommodation early - Fringe performers alone are estimated to number more than 16,000 people.

That's before counting audience, general summer Edinburgh tourists and attendees of the Edinburgh International Festival, Book Festival or indeed any of the other summer events being staged!

You can find out more at the Edinburgh Festival Fringe Website.