You are here:  Towns -> Places to Visit in Cornwall -> Zennor

Zennor is an enchanting moorland village west of St Ives. The twelfth century church has the famed bench end carving of 'the mermaid of Zennor'. The legend tells of her coming ashore to hear the wonderful singing of the squire's son, then lured him back to the sea with her, never to be seen again.

Just south east of the village is Zennor Quoit. A Quoit was a chambered tomb; Dating from 2500-1500 BC, it was made by raising oblong stones on end to support a vast slab for a roof, the whole was then walled up with small stones or turf, none have been found with the walls still in existence. The Zennor Quoit consists of seven stones, each 10 feet high, capped with the largest known slab in England, 18 feet by 9.5 feet.

The author D.H. Lawrence and his wife Frieda lived in Zennor for a time, and was where he wrote Women in Love. Lawrence described Zennor as being 'the most beautiful place, lovelier even than the Mediterranean'. Lawrence's Cornish experiences were later written about in the book Kangaroo. 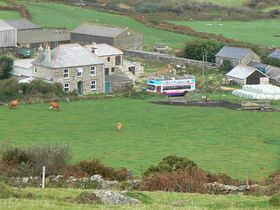 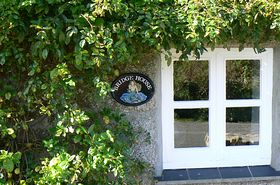 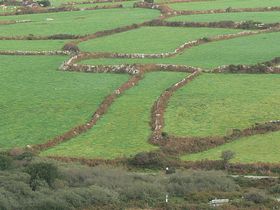 Days Out in Zennor

Places to Visit near Zennor