You are here:  Towns -> Places to Visit in Suffolk -> Felixstowe

Things to do in Felixstowe, Suffolk 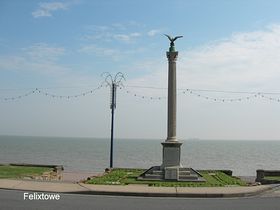 Situated on the coast of Suffolk, Felixstowe is a large town best known for its container port. It is just across the estuary of the Orwell and Stour rivers from Harwich.

The town of Felixstowe was in existence long before the Norman Conquest in the 11th century. Traces of Roman and Anglo-Saxon defences have been discovered in the area.

Initially it was significant to England's defense and in 1540 Landguard Fort was built to guard the entrance to Harwich. It marks the site of the last opposed invasion in England, in 1667, and was the first land battle between the Duke of York and Albany's Marines.

The fort was rebuilt in the 18th century with more recent modifications.

The town was originally recorded as Walton, changing its name to Felixstowe in the 13th century.

Felixstowe only developed as a port in 1886. It became a popular area for tourism and the pier was constructed in 1905. It was one of the longest piers in the UK with its own railway. It was deliberately sabotaged by Royal Engineers in World War II to prevent it being used as a landing stage for enemy troops.

The arrival of the mainline railway and a visit by the German imperial family boosted Felixstowe's image as a desirable resort.

Felixstowe, with its 29,000 residents, is currently the largest container port in the UK.

It has a sandy beach south of the pier and a stony beach on the north side. Beach huts are arranged along the seafront promenade.

Entertainments include the usual seafront arcades with a leisure centre and swimming pool. It is linked by ferry to Halfpenny Pier in Harwich.

In the centre of Felixstowe is the Italianate South Beach Mansion which was built for the wealthy Eley family. At one time it was owned by the Portuguese royal family and in 1893 Kaiser Wilhelm II came to stay, putting Felixstowe firmly on the social map for Victorian society.

It has hosted Wallis Simpson and T.E.Lawrence and for a time was used as Felixstowe Town Hall. The club sandwich was said to have been invented here.

Another grand residence on the seafront is Harvest House, originally a hotel and now an elderly people's home.

The town has a Pavilion Theatre, library and various sports clubs including Felixstowe Golf Club.

Things to Do Around Felixstowe

Landguard Fort is now open to the public during the summer and is managed by English Heritage. It hosts historic events, re-enactments of battles, art exhibitions and other activities. There is a nature reserve close by.

As well as being an interesting defence, the fort is known for its paranormal activity. Sailors have apparently being seen looking out of a window, lights have been seen at night and other visitors have had strange sensations.

Felixstowe Museum is close to the fort at Languard Point and has 14 rooms of excellent exhibits about Felixstowe's military history. It includes artifacts, maps, Roman finds and the history of Martello towers in the former Submarine mining establishment.

Walks can be enjoyed around the coast along the 50-mile long Suffolk Coast and Heaths Path. 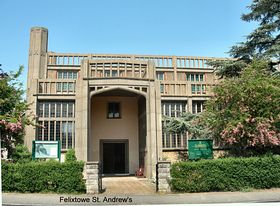 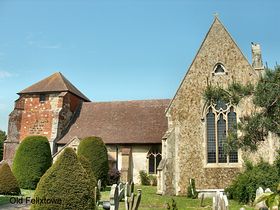 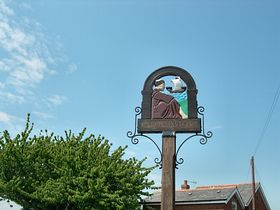 Days Out in Felixstowe

Places to Visit near Felixstowe