You are here:  Towns -> Places to Visit in Essex -> Kirby Cross

Things to do in Kirby Cross, Essex 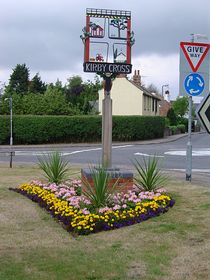 Kirby Cross and Kirby-le-Soken are two villages close to the seaside resorts of Frinton and Walton, which are a mile away. Kirby-Le-Soken dates from Nordic or Saxon times.

In recent years Kirby Cross has grown considerably and is now a much busier place. There have been a number of developments with large estates built; some building work continues although on a smaller scale. In the summer the area becomes very busy with day-trippers and holiday makers eager to visit the beaches and character of Frinton.

Kirby is on the railway line known as the "Sunshine Coast" it is the stop before Frinton and is divided from Frinton by the railway gates. Kirby has its own shopping area known as the triangle which has two small supermarkets and various other shops and facilities. Kirby Cross has a large playing field and is home to Tendring Technology College and Sixth form.

Bordering with Kirby Cross is Kirby-Le-Soken, an attractive and historic village dating from Saxon times; the name itself is thought to be Nordic.

St. Michael's church in Kirby is thought to date from 1297. By 1833 it had fallen into a bad condition and much restoration was carried out. The tower, chancel and part of the north wall are original. Today there is a village hall which provides various activities and a playing field, cricket and tennis club.

The village is close to Kirby Quay. The port of Felixstowe is visible in the distance across the estuary and mud flats and inlets of Hamford Water make this an attractive and peaceful location which attracts a variety of wildlife.

The village has a large pub, post office shop and garage. Each year there is a large village fete at the end of August, which has been held in the village since 1900.

Days Out in Kirby Cross

Places to Visit near Kirby Cross