You are here:  Towns -> Places to Visit in Central Scotland -> Dumbarton

Things to do in Dumbarton, Central Scotland 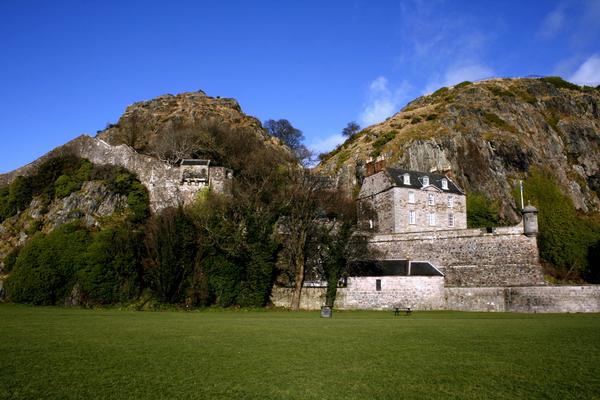 Dumbarton in Central Scotland sits on the north bank of the River Clyde almost opposite Port Glasgow.

The name Dumbarton means "Fort of the Britons" and Dumbarton Castle still rules from its perch on top of Dumbarton Rock. 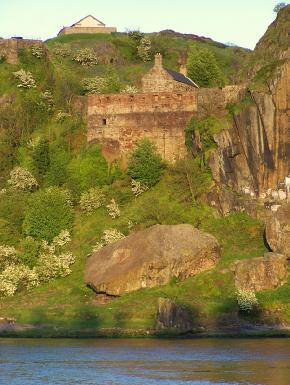 The King of Clyde Rock was mentioned several times in historic records dating back to 658 AD.

Dumbarton's strategic position and rocky vantage point made it the obvious choice as the capital of the ancient Kingdom of Strathclyde and a Royal burgh from 1222 until 1975.

The town was affected badly by the Black Death plague in 1350 and by a town-wide fire in 1424.

By the 17th century things were looking better as Dumbarton developed as an important port. By 1800 it was also the largest producer of glass in Scotland and was famous for whisky distilling.

It became a major shipbuilding centre with many shipyards along the coastline as part of the shipbuilding boom on the Clyde.

Famous ships built in Dumbarton include the Cutty Sark, one of the fastest Tea Clippers ever built. 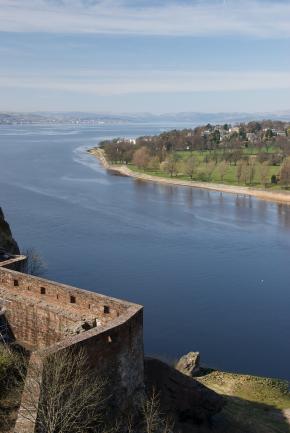 From Top of Dumbarton Rock

In 1818 Rob Roy was launched and became the first steam powered ferry to serve the English Channel crossing.

All these industries have largely declined leaving Dumbarton as a dormitory town for Glasgow, 13 miles to the south east. The last major shipyard, still carrying the Denny name, closed in 1963.

Along with the shipyards of Glasgow, Dumbarton was heavily bombed during World War II and whole areas had to be rebuilt after the war. 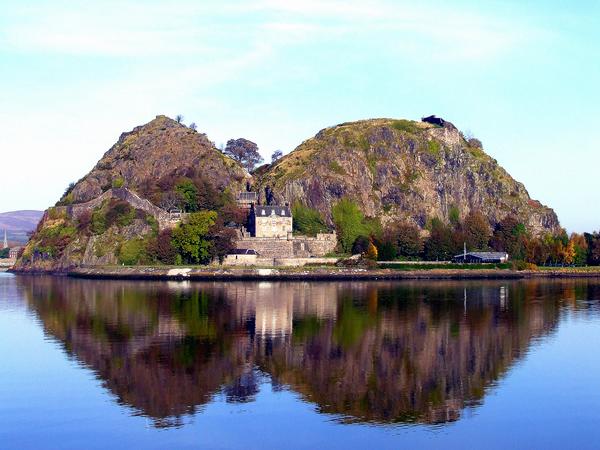 The town centre has local shops, supermarkets, banks and other essential services for a town of this size. The broad High Street is lined with a variety of interesting buildings housing local shops and cafés. There is a public library and red brick municipal buildings in grand architectural style, complete with turrets and a central tower. 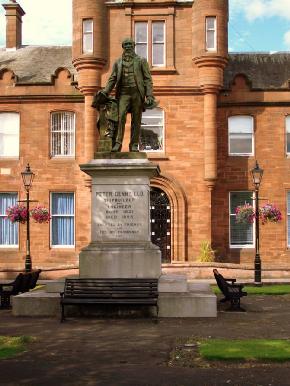 The land on which Levengrove Park stands was bought and then donated to the city by the Denny family, owners of the local shipbuilding industry.

It was not entirely a charitable gesture as it prevented the Singer Sewing Machine Company from building a factory on the land which would have led to the Denny's losing their monopoly on the Dumbarton workforce.

Dumbarton is well served by trains on both the West Highland Line and the North Clyde Line from the category A station listed building.

BBC Scotland's drama studios are in Dumbarton and are where various dramas and soaps such as River City are produced.

Things to Do Around Dumbarton

Dumbarton Castle is the main attraction. It has an interesting history, switching from Scottish to English ownership and back again. 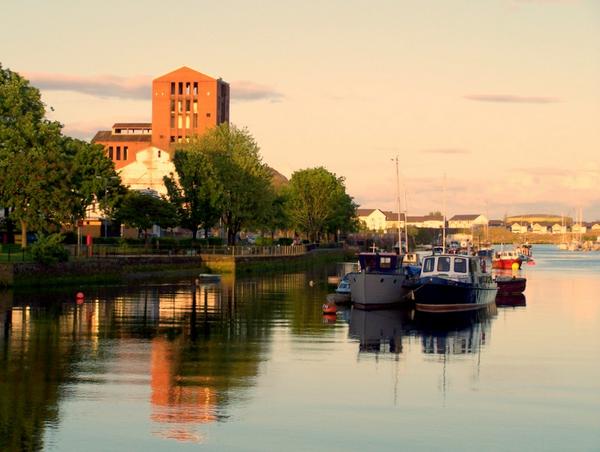 It was used to imprison William Wallace and more recently it was visited by Queen Victoria and Queen Elizabeth II.

The Rock itself is a Scheduled Ancient Monument and although it can be admired, activities such as climbing the rock are forbidden. 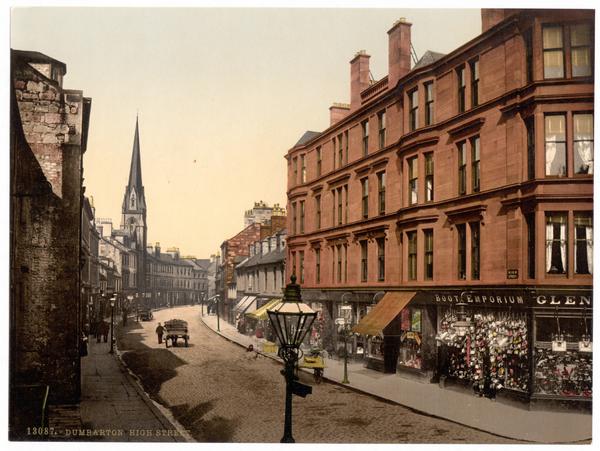 One of the three divisions of the Scottish Maritime Museum is at Dumbarton, Denny Ship Model Experiment Tank. The Governor's House Museum is also worth a visit.

Days Out in Dumbarton

Places to Visit near Dumbarton