You are here:  Towns -> Places to Visit in Cheshire -> Chester

Things to do in Chester, Cheshire 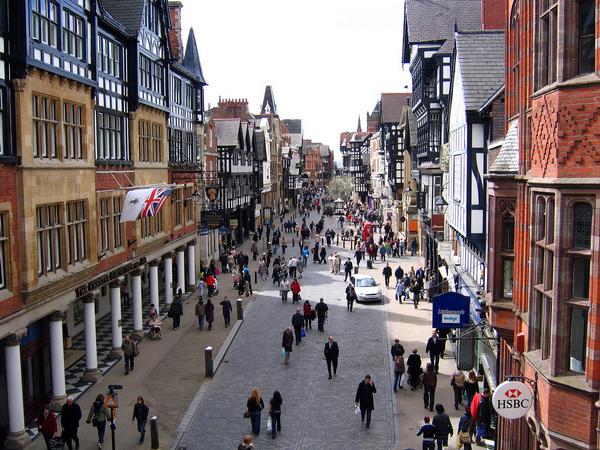 Chester is a lively city with lots of different things to do - both historic and modern.

Here are a few of the top things to do in Chester:

You can take a two mile walk around the City Walls - these are the most complete City Walls in Britain, dating from Roman Times. A great way to get a feel for the city before you start to explore it in more detail. 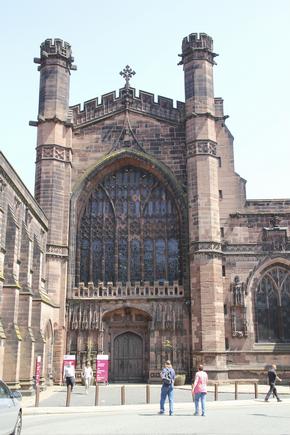 You can take a day out at Chester Racecourse - the oldest racecourse which is still in use in the country, or you can visit the 2000 year old Roman Amphitheatre, which is still used for events throughout the summer.

Chester Cathedral, which is free to enter, hosts regular musical events and exhibitions, or you can just go inside to admire the fantastic architecture dating back to the 11th Century.

How about a sight-seeing tour of Chester in a vintage bus? Or a ghostly walking tour of the creepiest parts of the city?

Chester Zoo is one of the city's most famous attractions - with over 12,000 animals to see you'll be guaranteed a fascinating (and busy) day.

Alternatively you could visit the underwater creatures at the Blue Planet Aquarium, which is at Cheshire Oaks - handy if you're shopping at the Designer Outlet - a way to keep the whole family happy!

In fact, Chester is a shopper's paradise - there is a great mix of independent and high-street shops in the 700 year old Chester Rows which lead through to the Grosvenor and Forum Shopping Centres. 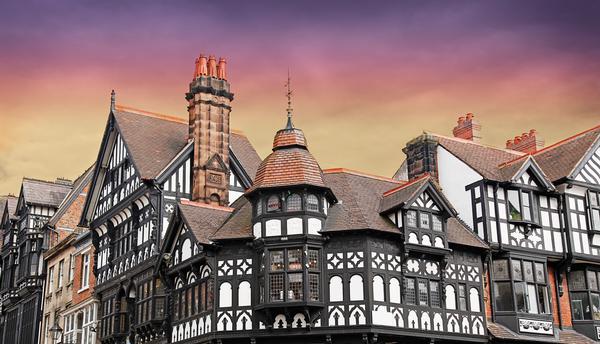 There are many independent and specialist shops centred around the cobbled Watergate Street.

It's a short journey on the M53 to the Cheshire Oaks designer outlet which is the largest in Europe.

Chester is the county town of Cheshire, and the lovely agricultural land of the county surrounds the city which is situated on the north bank of the River Dee. One of the oldest and most complete walled cities, Chester is one of the jewels in Britain's crown.

Chester has been written about by many people, perhaps Samuel Johnson summed it up most succinctly when he wrote to Boswell in 1779, "Chester pleases my fancy more than any town I ever saw". Many people feel the same today, for what you find is a city full of history, with truly stunning architecture. A city with excellent shops and restaurants, lively and vibrant, where locals and tourists alike delight in Chester's rich heritage.

You will find historical legacies from almost every period in Chester; the Romans occupied the town in 79 AD and built their fortress (Castra Devana), named 'Deva' after the River Dee. Parts of the original Roman walls still remain and are now a pleasant walkway, with elevated views of the city. 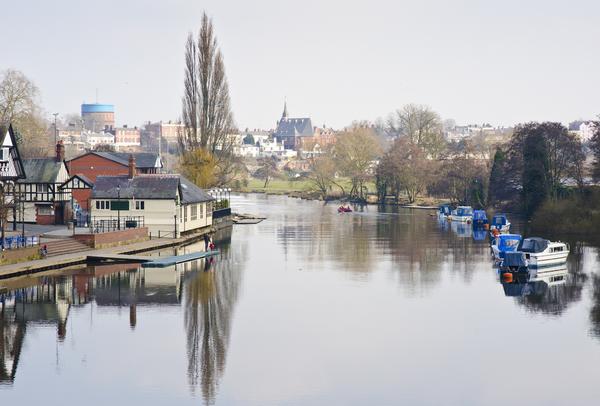 The Amphitheatre, is thought to have held 7,000 spectators; the largest of its kind in Britain. Roman times are brought vividly to life at the Dewa Roman Experience, which welcomes visitors daily.

In the dark ages, the Vikings landed in their long-ships and invaded Chester, but in the 10th century the Norsemen were vanquished by the daughter of Alfred the Great, Aeth elflaeda, who for protection extended and strengthened the old Roman walls around the city.

During the Anglo-Saxon period, Chester produced coins from its own mint, some still survive and are on display in the Grosvenor Museum. The pink stone church of St John the Baptist, built by the Saxon king Ethelred in 689, was rebuilt in Norman times, and although partly ruined is still an impressive example of Norman architecture. 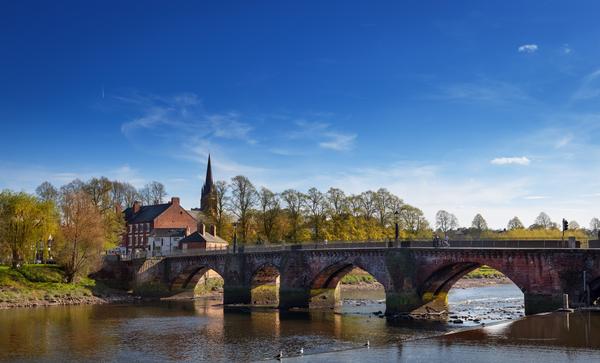 When Chester eventually became a Norman stronghold, William the Conqueror founded Chester Castle and created the title 'Earl of Chester' for his nephew Hugh the Wolf. 'Earl of Chester' is a title still given to the eldest son of the reigning monarch.

Visit the surviving part of the original castle, Agricola Tower, which contains the graceful St. Mary de Castro Chapel. Housed at the castle is the Cheshire Military Museum, telling the story of the four Regiments connected with Cheshire.

Most Prosperous Port in Northern England

In the Middle Ages Chester was the most prosperous port in the north of England, with trading routes to Ireland, Scotland and parts of the continent. Parts of the old quay is still visible at Roodee Racecourse, which now occupies the old harbour site.

The 'Rows', originally built in medieval times, are unique to Chester. Four streets meet at the Cross, where the town crier welcomes visitors to the city. The Rows of magnificent old black and white half-timbered, galleried buildings, raised above street level are reached by flights of stone steps. Today they house shops, restaurants, little museums and the occasional pub. 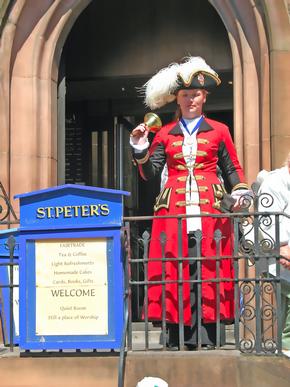 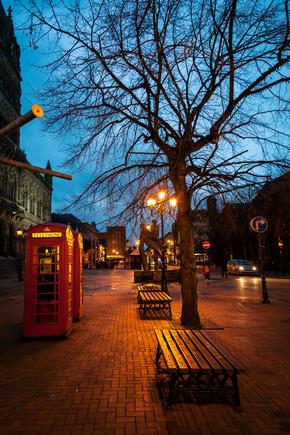 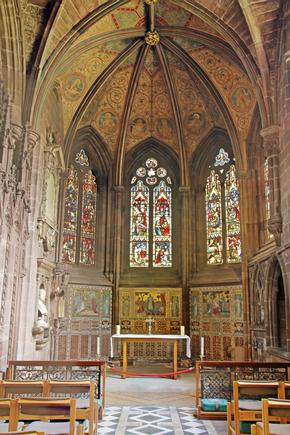 Chester Cathedral dedicated to St. Werburgh, the patron saint of Chester, was built in the 11th century. The Cathedral has been much restored, but part of the original structure has survived in the north transept.

The intricately carved choir stalls, among the finest in the country, date from the 14th century and the beautiful monastic cloisters from the 16th century. The Cathedral has on display a copy of Handel's marked score for the Messiah, which was first rehearsed here in 1742.

In the north-east corner of the city walls is the King Charles tower, where in 1645 Charles I is said to have watched the defeat of his army at Rowton Moor. Today the tower is home to a small Civil War Museum.

In the 18th Century Chester's harbour became silted up and because of this, Chester's days as a port were over. However the city's status as county town and important regional trading centre ensured its prosperity.

The elegant terraces of Georgian town houses were built for the wealthy merchants of the city.

The industrial revolution in the Victorian era brought railways, canals, new roads and increased wealth. The city was able to restore the Rows and the Cathedral, as well as erecting new buildings, which can still be appreciated.

The famous clock tower at Eastgate was created for the diamond jubilee of Queen Victoria. It is said to be the most photographed clock in Britain, after Big Ben. The magnificent gothic-style Town Hall with its 160 foot tower is a fine example of Victorian architecture. 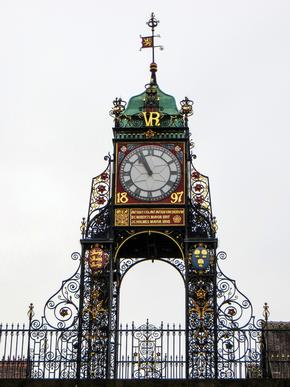 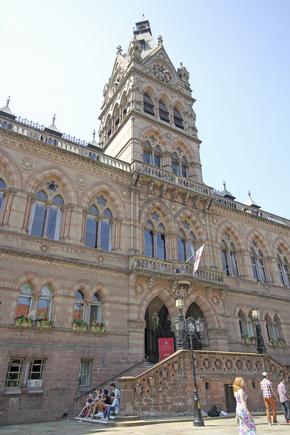 Chester Zoo, the second biggest in the country, covers over 100 landscaped acres. There are moated islands, the biggest monkey house in Europe, and an amazing menagerie of animals, kept in conditions as near to their natural environment as possible.

By Car
Chester is linked directly to the national motorway system via the M53 and London and all the major regions of the UK are easily accessible from the City.

By Rail
Chester is well served by the British Rail Intercity network and enjoys fast frequent rail links to London and major cities in the UK.


Things to do in Cheshire

Days Out in Chester

Places to Visit near Chester