You are here:  Towns -> Places to Visit in Somerset -> Taunton

Things to do in Taunton, Somerset

Taunton - The County Town of Somerset - Nestling in a valley at the foot of the Quantock and Blackdown Hills. "King Ina" founded Taunton; the town on the River Tone has found itself at the centre of many bloody rebellions. The most notorious was the Monmouth Rebellion in 1685.

Somerset County Museum - The Museum has a superb collection of toys and dolls, plus rare archaeological items many of Roman origin. An extensive exhibition

programme is run throughout the year.

Somerset Cricket Museum - A fine collection of cricket memorabilia dating back to the foundation of the Somerset County cricket Club in 1875. The collection is housed in an ancient and beautifully converted barn. You may even hear the sound of leather on willow from the county ground.

Somerset County Cricket Club - First class county cricket matches in traditional surroundings. The Club has a colourful history and has seen many star players, Ian Botham and Viv Richards to name but two. Somerset is a team renowned for being full of surprises.

Tudor House - The oldest house in Taunton (14th century) was the property of Sir William Portman, who escorted the ill-fated Duke of Monmouth to London for his trial and execution following the Monmouth Rebellion.

Although Taunton's Medieval and Tudor buildings were destroyed by fire, some of the era's gems remain. Many can be found by following the Taunton Heritage trail, notable by numerous attractive brass plaques set in the pavement. Uncover the link to the numerous historical figures who lived here

including Wordsworth, Coleridge and Lord Trenchard, founding father of the RAF.

Entertainment - Taunton is a cultural centre - The Brewhouse Theatre and Arts Centre, presents a wide range of entertainment and exciting exhibitions for all ages.

Shopping - Taunton has an intriguing selection of specialist stores complemented by the best in high street names. A newly enhanced centre, featuring wide pavements with easy car parking and numerous attractive areas, insures shopping is a pleasure. Explore Bath Place, Riverside, The Old Market Centre and the Courtyard. Browse around Taunton's Antique Market with over 130 dealers.

On the last Thursday of every month you have

the rare delight of sampling and buying locally produced fresh fare directly from the surrounding farms at the Farmers Market held in the centre of Taunton.

Eating Out - With fresh local produce being widely used coupled with creative cooking, the results are a gastronomic delight. Discover the variety and enjoy yourself!

Enjoy an array of pubs, bistros, cafes and restaurants, in both modern and traditional styles. For an alfresco meal choose from floral parks and gardens, to the banks of the River Tone. 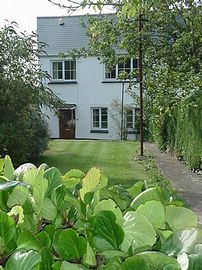 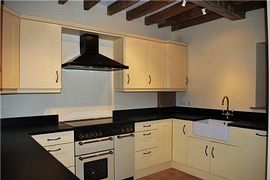 more self catering near Taunton...

Days Out in Taunton

Places to Visit near Taunton