You are here:  Towns -> Places to Visit in Argyll and Bute -> Rothesay

Things to do in Rothesay, Argyll and Bute

Rothesay - Declared a Royal Burgh by King Robert III in 1400, home of wealthy Victorian industrialists and popular tourist resort - Rothesay has played many roles over the centuries, and each is reflected in the town's architecture.

St. Mary's Chapel - The medieval parish church of Rothesay served as a cathedral of the Isles in the 17th century. The remains survive in the grounds of Rothesay's High Kirk.

Winter Gardens - the Grade A listed building is a famous

part of Rothesay's recent history. It was built on to an existing bandstand in 1924. Its circular cast iron and glass structure, complete with domed roof, has been recently restored and today the Winter Garden is a multi purpose building with a restaurant and cinema.

Mount Stuart House and Gardens - A magnificent Victorian Gothic mansion, was the inspiration of the Scottish architect, Robert Rowand Anderson, and the third Marquis of Bute, whose artistic, astrological and religious interests are reflected in the design.

Mount Stuart House is lived in by the present Marquis (the seventh), perhaps best known as the Formula 1 racing driver Johnny Dumfries.

The house stands in 300 acres of glorious landscaped gardens, bounded by a tranquil sandy shoreline.

can see displays of the famed Clyde steamers and section devoted to Bute's unique geology and archaeology. There are also sections devoted to the island's wildlife and their habitats.

Rothesay Castle - Records written in 1230 tell of a castle in Rothesay under siege from Norsemen. The circular, moated stronghold, unique in northern Britain, was the island home of Scottish Kings, fell into the hands of the English during the wars of independence and was retaken by Robert

the Bruce in 1311. In the Civil War the castle was captured by the Earl of Lennox on behalf of the English and partly dismantled by Cromwell's troops in 1659.

St. Blane's Chapel - You feel a sense of serenity at this sheltered spot, one of the most beautiful sites on the island, above Dunagoil. St Blane was born on Bute in the 6th century, he was educated in Ireland and returned to Bute where he established his monastery. 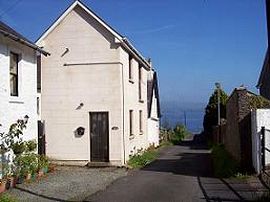 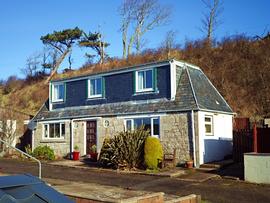 more self catering near Rothesay...

Days Out in Rothesay

Places to Visit near Rothesay