You are here:  Towns -> Places to Visit in Ayrshire -> Seamill

Things to do in Seamill, Ayrshire

Car drivers, making their way north on the A78, may perhaps think of Seamill as somewhere you just drive through. 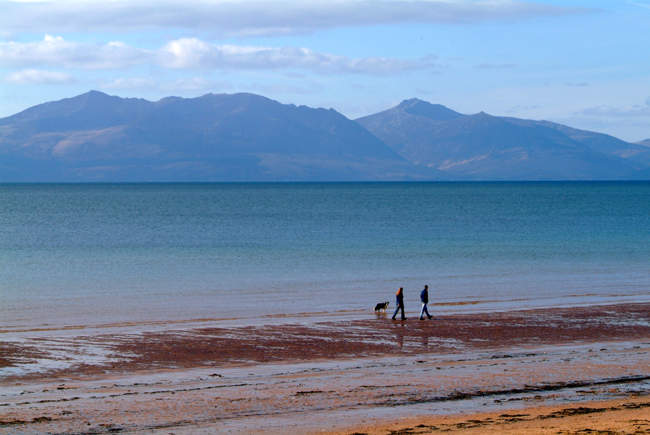 Seamill Beach, with views of the Isle of Arran

But there are extremely worthwhile things to see and enjoy there, if you take the time to find out.

As the name suggests, the pretty coastal village of Seamill in North Ayrshire grew up around its picturesque, water-driven mill which is currently awaiting restoration.

In late-Victorian times, Seamill became popular as a summer resort. 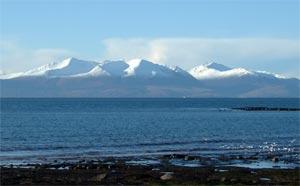 Arran in winter, from Seamill

The Hydro's beautiful leisure centre is the modern-day equivalent of this.

As well as invigorating sea-bathing, visitors also came to Seamill to re-charge their batteries with bracing sea-air and energetic coastal walks.

Nowadays, Seamill Hydro Hotel is highly successful as a conference centre and is North Ayrshire's leading venue for wedding-receptions. 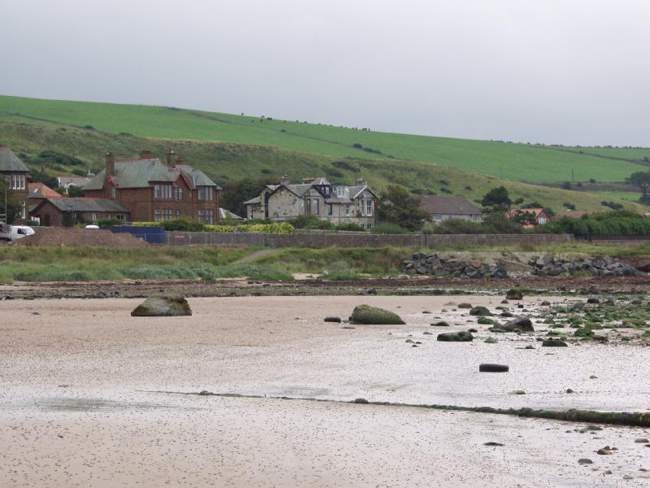 Its spacious bars and restaurants are open to the public.

You can get a jolly good meal there, of an evening.

There are also plenty of play areas for children.

When weddings are on, visitors are always impressed to see male wedding-guests in their handsome Scottish kilts. 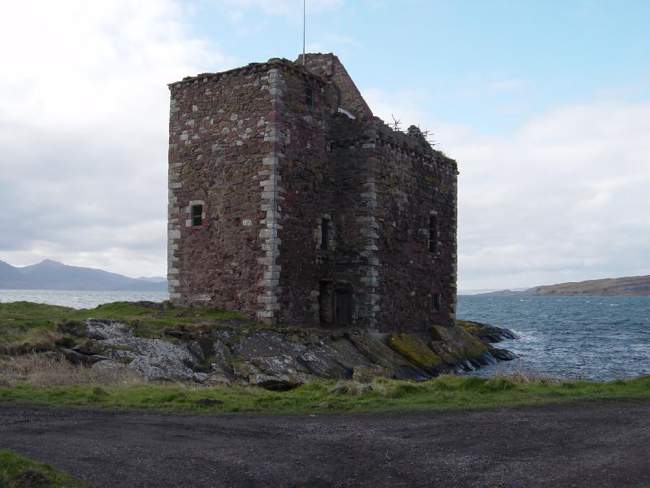 For golfers, the well-regarded West Kilbride Golf Club is actually in Seamill.

Don't be fooled by the misnomer!

One of Ayrshire finest 18-hole links courses, it was designed by Old Tom Morris.

Various competitions and tournaments are held at Seamill every year. 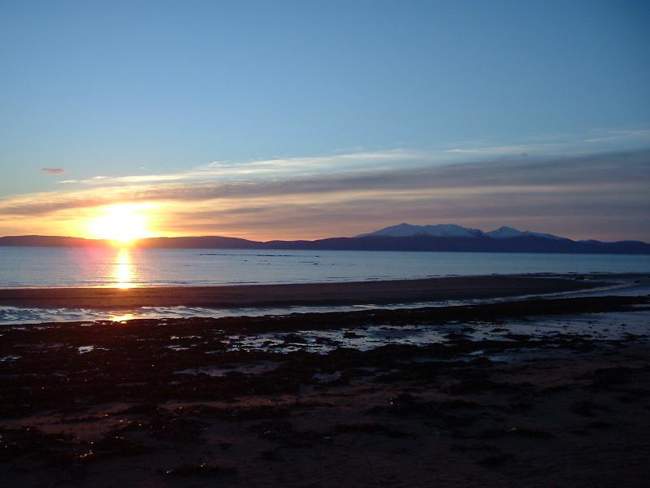 The WKGC clubhouse bar is an excellent place to chill out, after an energetic round of golf.

Perhaps Seamill's greatest claim-to-fame is its breathtaking view of the Isle of Arran and the Firth of Clyde.

This is best seen from Seamill Beach and Ardneil bay.

I recommend that you start your walk at the Mill itself, crossing the Kilbride burn at the bridge there.

Make your way along the sandy beach, in front of the Seamill Hydro, and then pick up the grassy path that runs alongside the golf course. 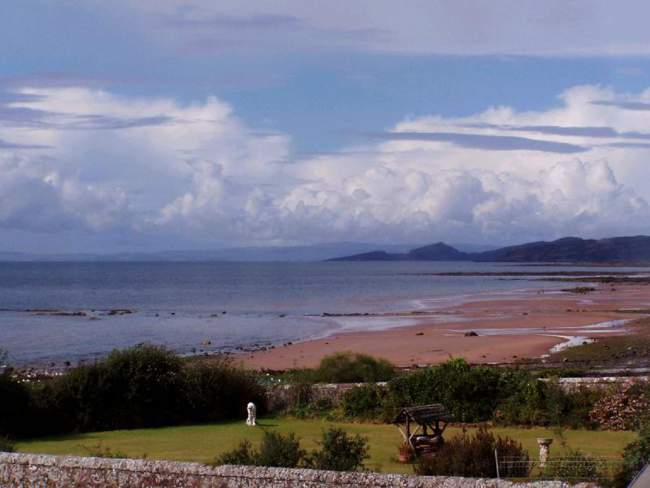 This path will take you beyond Seamill Beach to the secluded sandy beach of Ardneil Bay.

At this point, you will really feel you are getting away from it all.

But there is more to see. Keep going till the coastal path runs out.

Make your way inland about 200 yards (on the track that you will clearly see) and then take the road that leads you to the picturesque fishing-village of Portencross.

When you find Portencross, you will be astonished that such a romantic, unspoiled, historic enclave is to be found only an hour's drive from Glasgow.

Its 14th-century castle has connections with several Scottish kings and was featured on Griff Rhys Jones' "Restoration" programme on BBC2 in 2004.

Definitely a place worth preserving! 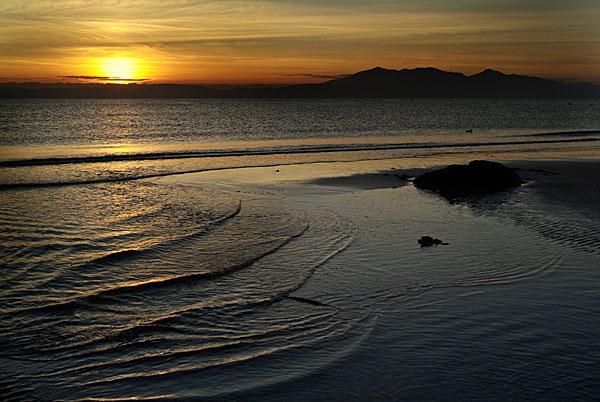 There are also two medieval fishing-harbours and a semi-derelict 19th-century pier.

At all times, and in all weathers, the view towards Arran and across the Firth of Clyde is the star of the show.

This is, surely, a world-class view!

It encompasses the entire Clyde estuary, taking in the Sound of Bute (leading through to Kintyre), the Isle of Arran, Goat Fell, the Holy Isle, all the way down-river to Ailsa Craig and faraway Stranraer.

On a beautiful summer evening, I hope you will witness one of the fabulous red-and-gold sunsets which are a frequent occurrence over Arran and the Firth of Clyde.

A truly stunning and unforgettable sight!

One of the Wonders of the Natural World!

After your bracing walk to Portencross, you may wish to stroll back to Seamill for a drink or a meal at the Hydro.

Please note, there are no shops in Portencross.

I recommend that you go up Portencross Road to West Kilbride (about a mile and a half away), if you are looking for shops.

Get the best of all worlds! Visit all three!

Places to Visit near Seamill