You are here:  Towns -> Places to Visit in West Sussex -> Pulborough

Things to do in Pulborough, West Sussex 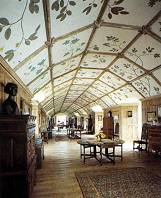 Pulborough is the home of Parham House and Gardens, set in the heart of an ancient deer park, on the slopes of the South Downs. The house and gardens have been lovingly restored by the Pearson family. This beautiful Elizabethan house together with its four acre walled garden is open to the public from April-October.

Near to Pulborough is Bignor Roman Villa, one of the most extensive in Great Britain and situated near Stane Street, the Roman road which ran from Chichester to London. Here you can see some of the finest Roman mosaic pavements outside Italy. They include representations of Venus, Ganymede and Medusa and scenes with gladiators. The largest is 82 feet long.

In the area is Nutbourne Vineyards - internationally recognised. With 18 acres of vines growing 5 different types of grapes, it produces up to 60,000 bottles each year. The premier wines are served at the Foreign Office and Buckingham Palace on State occasions. 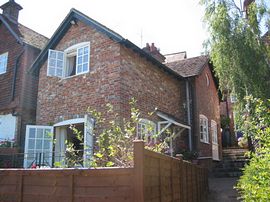 more self catering near Pulborough...

Days Out in Pulborough

Places to Visit near Pulborough