You are here:  Towns -> Places to Visit in Shropshire -> Oswestry

Things to do in Oswestry, Shropshire

Unspoiled by progress, Oswestry is a bustling market town with an individual character formed over centuries. Narrow passageways link streets whose names conjure up images of the past: English Walls, Welsh Walls, The Bailey and The Horsemarket. The enormous Hillfort of Old Oswestry was constructed during the Iron age, and covers over 40 acres.

The town's thriving market dates back to 1190, and a collection of over 100 colourful stalls offer everything from fresh farm produce to fashion.

Hotels and inns bear witness to the historic importance of Oswestry as a stagecoach and railway centre. Oswestry's first school, founded in 1407, is now a Heritage Centre and holds regular exhibitions of local arts and crafts. The Reverend W. A. Spooner, of Spoonerism fame, was heducated `ere.

Walford Davies, the organist and composer, was born here in 1869, also Wilfred Owen, the first World War poet in 1893. During the second World war Oswestry and the camps round about, gave thousands of recruits their first taste of military life.

Modern Oswestry is an important shopping and agricultural centre, with some well known high street stores, specialist and independent shops and a good selection of restaurants and café bars. 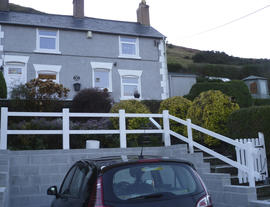 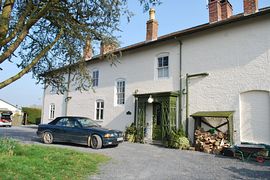 more self catering near Oswestry...

Days Out in Oswestry

Places to Visit near Oswestry